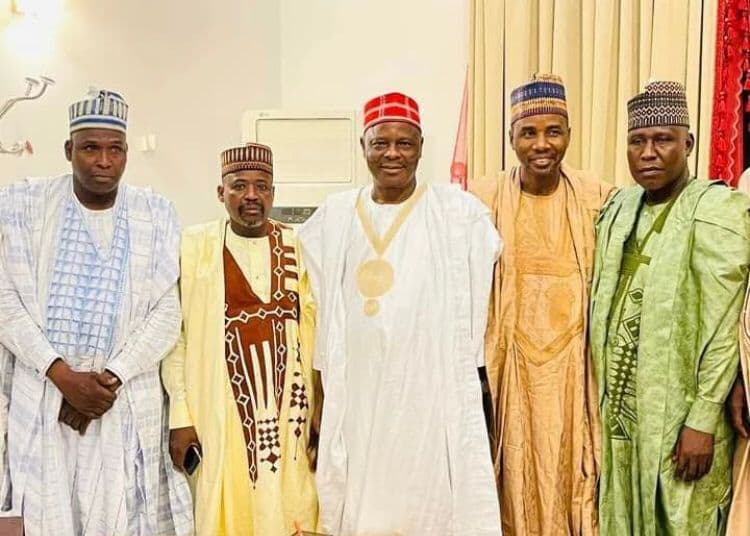 Ali Makoda, Kwankwaso and others

The supporters of the NNPP have rapidly increased across the 34 local government areas of Kano State, thanks to internal crises in the APC and PDP and the Kwankwaso factor

The people of Kano State have a saying in Hausa language: “Siyasar Kano sai Kano,” which loosely translated means: “Kano politics should be left to Kano people.” That saying acknowledges ‘the uniqueness and complications of the politics of the state which has now been demonstrated by the unfolding NNPP phenomenon.

People outside the state may find it hard to understand how the New Nigeria Peoples Party (NNPP) has, within three months, upstaged the Peoples Democratic Party (PDP) as the main opposition party in the state. But for Kano residents, it is par for the course.

The rank of the NNPP in the state has continued to swell as aggrieved politicians defect from both the All Progressives Congress (APC) and the PDP. The ‘founder’ of the party, Boniface Aniebonam, described the development in Kano as divine intervention, saying the NNPP ”is gradually becoming a movement..”

“We are the beautiful bride in the North as it is and we hope to expand to all parts of Nigeria as the best option for Nigerians,” Mr Aniebonam said.

So far, the party in Kano State has in its ranks serving and former federal and state lawmakers, former local government chairpersons, APC officials, Governor Abdullahi Ganduje’s aides, a former presidential aide and other notable politicians in the state.

Prominent among those who have defected from the APC to the NNPP is the Chief of Staff to Mr Ganduje, Ali Makoda; the House of Representatives member representing Tofa/Dawakin Tofa/Rimin Gado, Tijjani Jobe, and the member representing Dambatta/Makoda Federal Constituency, Badamasi Ayuba. 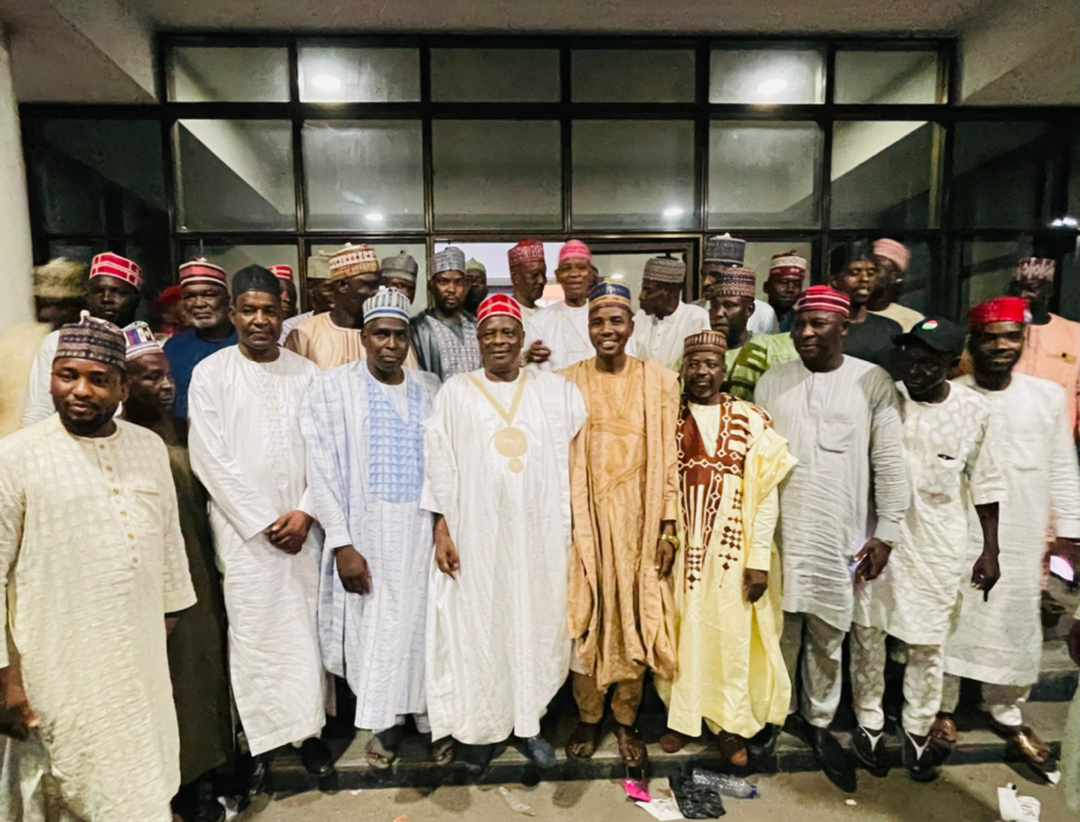 A former speaker of the House of Assembly who is now a member of the House of Representatives, Alhassan Rurum, also decamped from the APC to the NNPP alongside a former adviser to President Muhammadu Buhari on National Assembly matters, Kawu Sumaila.

Two former speakers of the state House of Assembly, Gambo Sallau and Alhassan Abubakar Kibiya, also joined from the APC.

So what are the reasons the NNPP is recording an influx of strong politicians in Kano?

The APC in Kano State has been in crisis for more than five years. The crisis that rocked the party began with the parting of ways between Governor Ganduje and his predecessor, Rabiu Kwankwaso, and led to the defection of the latter back to the PDP.

The battle between them for the control of the APC remained latent for two years until 2018 when it reached a crescendo. Mr Ganduje orchestrated the removal of Haruna Doguwa, the then party chairman and had him replaced with his loyalist, Abdullahi Abbas.

Mr Abbas, who is from the Kano royal house, is a known adversary of Mr Kwankwaso. So, not long after Mr Abbas’ appointment, the former governor returned to the PDP.

If it had stopped at that, the APC in Kano State would have remained more powerful than the combination of PDP and the other opposition parties. But immediately after the 2019 elections, another crisis, more complicated than the last one, broke out in the party.

This time, another former governor, Ibrahim Shekaru, who had left the PDP after Mr Kwankwaso joined it, led a group of seven members called the G-7 who accused Mr Ganduje of running the party like “his family house” 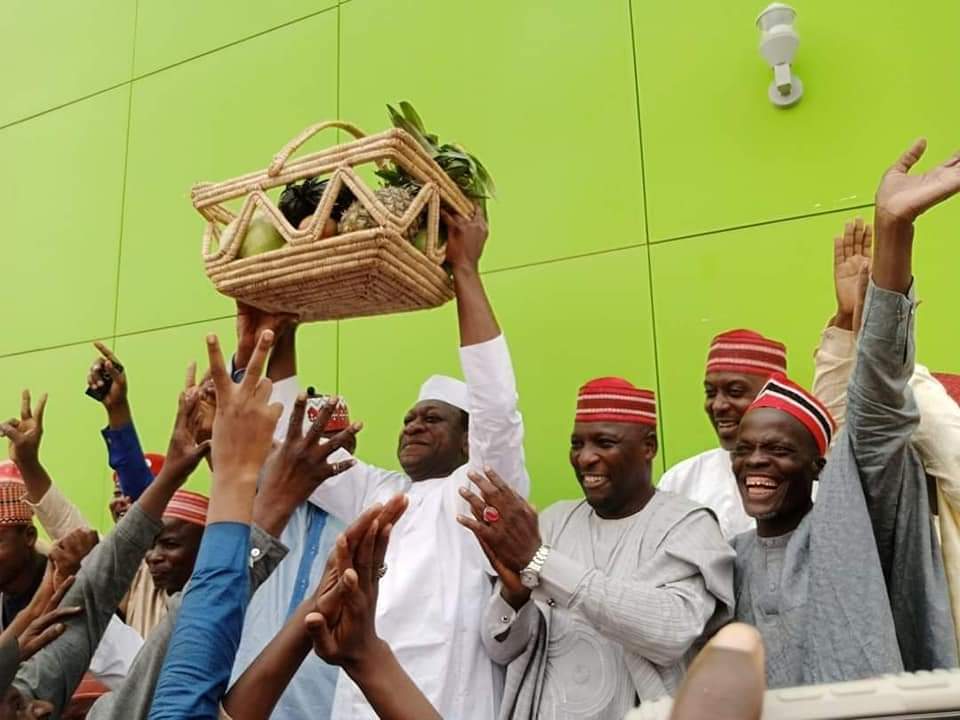 The group had Ahmadu Zago as its chairmanship candidate, and after the two factions conducted separate congresses, a legal battle ensued that reached the Supreme Court. The topmost court identified Mr Abbas, Mr Ganduje’s factional chairman, as the duly elected chairman of the APC in the state.

After losing at the Supreme Court, observers knew it was only a matter of time before the G -7 members consider their options.

A political analyst in Kano, Munawwar Ahmed, said: “Most of them could not go to the PDP because the party too was already in crisis, they knew they had to find a way of neutralising Ganduje before it was too late. The decision by Kwankwaso to rejuvenate NNPP made things easier for them to defect.”

The internal crisis in the APC was propelled by the decision of the governor and his allies at the party secretariat to allegedly impose candidates. Most of those having issues with Mr Ganduje are angry over his decision to publicly support other candidates than them.

Like in most states, political calculations in Kano begin immediately after an election and some of those now fighting Mr Ganduje read the writing on the wall early that the governor would not support their ambitions.

For instance, the governor and party chairman, Mr Abbas, did not back Abdulmuminu Jibrin, a former member of the House of Representatives for Kiru/Bebeji, to return to the House. Following the intervention of the national leadership of the party, Mr Jibrin was allowed to run for the ticket but the state authorities supported a rival to pick the ticket.

Mr Ganduje had tipped his former education commissioner, Sanusi Kiru, to go to the House in 2023.

The immediate former Chief of Staff to the governor, Mr Makoda, was planning to go to the House of Representatives too but when he sent in his resignation, the governor asked him to shelve his ambition and continued being his top aide.

Kawu Sumaila, who was in the House of Representatives, has been strategising to be a senator to represent Kano South district but the governor’s body language showed he was in support of the incumbent senator, Kabiru Gaya.

A former speaker of the State Assembly, Alhasan Rurum, who is now a House of Representatives member, had been part of agitation for the zoning of the governor’s seat to Kano South because the zone has not produced a governor since the beginning of the Fourth Republic in1999. Mr Rurum wanted to contest for the governor’s seat.

When Mr Rurum found out that Mr Ganduje would not support the zone, he changed his mind and went for the Senate seat. But like Mr Sumaila, he found it very difficult to get Mr Ganduje’s blessing because the governor had promised Mr Gaya the seat.

Tijjani Jobe, who is from the governor’s constituency, also did not get Mr Ganduje’s blessing to return to the House in 2023. He has been there since 2007. Ahough the governor’s eldest son, Abdulaziz Ganduje, was rumoured to be aspiring for the seat, one of the governor’s allies, and not Mr Jobe got the nod for the seat.

The feud between Messrs Ganduje and Jobe began immediately after the 2019 general elections but worsened in 2020 when the governor ordered the lawmaker to stop a road project he initiated in the constituency.

Mr Jobe confirmed to Daily Nigerian newspaper that the governor had asked him to order the contractors to leave the site.

The PDP which had been the main opposition party in the state since 2015 when APC took the state, lost its status last week when bigwigs defected to the NNPP.

Despite the fact that most of those who defected recently were from the APC, the internal crisis in the PDP helped push Mr Kwankwaso and his loyalists out.

The crisis also made the party unattractive to defectors leaving the APC.

Mr Kwankwaso was the PDP leader when he returned to the party in 2018 but decided to walk away due a crisis between his faction and that of Aminu Wali, a former foreign affairs minister and ambassador.

As the 2021 congress approached and the position of the PDP zonal vice-chairman was given to Kano State, Messrs Kwankwaso and Wali fought to get the position.

Political pundits believe the two camps wanted to use the position to consolidate their status as party leaders in the state and zone in general.

While the crisis between them continued, Mr Kwankwaso got himself entangled in another crisis with Sokoto State Governor Aminu Tambuwal.

Mr Kwankwaso accused Mr Tambuwal of sponsoring some politicians in Kano to destroy the party so that the Sokoto governor could get an upper hand against him in the contest for presidential nomination by their party.

As the crisis intensified and Mr Tambuwal continued to gather more supporters among party officials in Kano, courtesy of his understanding with Mr Wali, Mr Kwankwaso decided to exit the party.

However, the biggest factor for the growth of NNPP especially in Kano State is the status of Mr Kwankwaso.

Mr Kwankwaso is a two-term former governor, a former House of Representatives member, ex-senator and ex-minister. He is considered by many as one of the best governors the state has had in terms of infrastructural development. Mr Ganduje, his arch-rival, attested to the fact that he and Mr Kwankwaso are the “architects of modern-day Kano State.”

Mr Kwankwaso’s government also sponsored hundreds of students in Kano to study abroad, a move that has seen him become popular among young indigenes of the state. Many of the beneficiaries who have since graduated and are doing well in their private lives, as well as their extended families and friends, became sympathetic to Mr Kwankwaso’s movement, the Kwankwasiya.

Now that he has found a party that he can fully control and use its platform to run for president, his supporters see the NNPP as their permanent home.

Nigeria qualifies for 2023 Africa U20 Cup of Nations