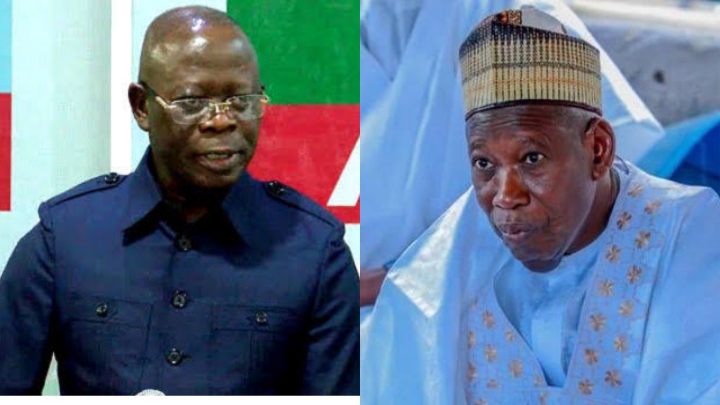 Oshiomhole shows up for senatorial screening despite launching presidential campaign

Despite paying N100 million for the presidential nomination form and launching his presidential campaign with fanfare, the former National Chairman of the All Progressives Congress (APC), Adams Oshiomhole, has been screened by the party for a senatorial seat.

Mr Oshiomhole had earlier declared to contest for Edo North Senatorial District. However, in a twist, he announced his presidential bid some weeks ago at an elaborate event in Abuja.

In his declaration speech, Mr Oshiomhole said he was the best candidate to be Nigeria’s next president having been a labour leader and a governor. He said his government would be for the workers and working people and not the Nigerian elite.

It is now clear that the ex-labour leader bought two forms: a presidential and a senate form.

Betty Anyawu-Akeredolu, the wife of Ondo governor Rotimi Akeredolu, who is contesting for Imo East senatorial district seat, was also at the venue of the screening.

Mrs Anyanwu-Akeredolu arrived the venue very early at about 3 p.m. though the screening did not start until 7 p.m.

If given the ticket, Mrs Anyanwu-Akeredolu seeks to succeed Onyewuchi Ezenwa, who currently occupies that position.

The Governor of Kano, Umar Ganduje, was also at the venue for screening.

Mr Ganduje, who will be completing his constitutionally allowed second tenure in 2023, seeks to join other former governors who have essentially turned the senate to retirement home.

On Saturday, the venue of the screening became chaotic due to the poor arrangement.

The screening committee is expected to screen 351 aspirants who bought the senate nomination forms.

The screening will last two days. It is unclear if the exercise would be completed within the stipulated period.

Mr Oshiomhole, a former President of the Nigerian Labour Congress, also recently led the All Progressives Congress as National Chairman.