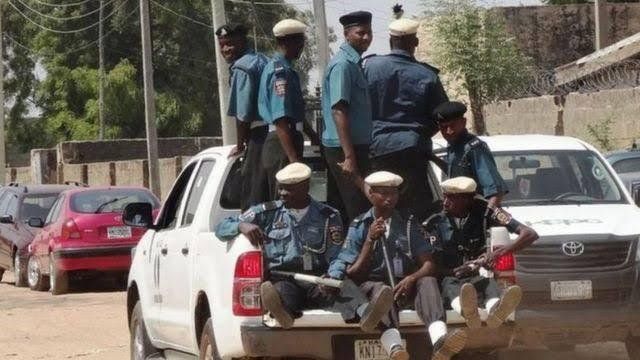 The Hisbah officials go after traders and consumers of alcohol, sex workers and others whom they believe are in violation of Islamic law. Most of their victims are poor and middle-class Nigerians.

The religious police in Jigawa, Hisbah, has threatened to deal with residents who dance, party or engage in ‘immoral activities’ during the Islamic eid festival.

The Hisbah Commander in the state, Ibrahim Dahiru, stated this in an interview with the News Agency of Nigeria (NAN) in Dutse on Sunday.

“We’re using this opportunity to warn residents that our men will go after anyone that engages in immoral activities and other social vices such as Dj dance, Gala, as well as sale and use of fireworks, popularly known as ‘knock out’,” NAN quotes the commander as warning the residents.

Jigawa, in North-west Nigeria, is a predominantly Muslim state. While the Nigerian constitution allows for freedom of religion and beliefs, many Northern states have established Hisbah boards to enforce strict Islamic beliefs.

The Hisbah officials go after traders and consumers of alcohol, sex workers and others whom they believe are in violation of Islamic law. Most of their victims are poor and middle-class Nigerians as they hardly go after the elites.

Their activities have been condemned by many Nigerians, especially those in the southern part of the country as violations of people’s constitutionally given rights.

Apart from Jigawa, other Northern states that have Hisbah agencies include Kano, Katsina and Bauchi.

In his Sunday interview, Mr Dahiru also said the Hisbah board in Jigawa has deployed no fewer than 1,223 of its operatives for the forthcoming Eid-el-Fitr celebration in the state.
He said the operatives would synergise with other security agencies in the state to provide adequate security during the festive period.

He explained that the operatives were also expected to assist in crowd and traffic control during the period.

The commander added that the personnel had been advised to act professionally in the discharge of their duties.

“Also, residents are advised to be law-abiding and behave in an orderly manner so as to ensure a peaceful and hitch-free celebration,” he said.

Mr Dahiru, therefore, advised parents and guardians to monitor the movements of their wards during the festivity in order not to be involved in acts capable of disturbing public peace.

Muslims in Nigeria will join their counterparts across the world to celebrate the Eid-el-Fitri on Monday. The celebration is held to mark the 30 days of the Ramadan fast.