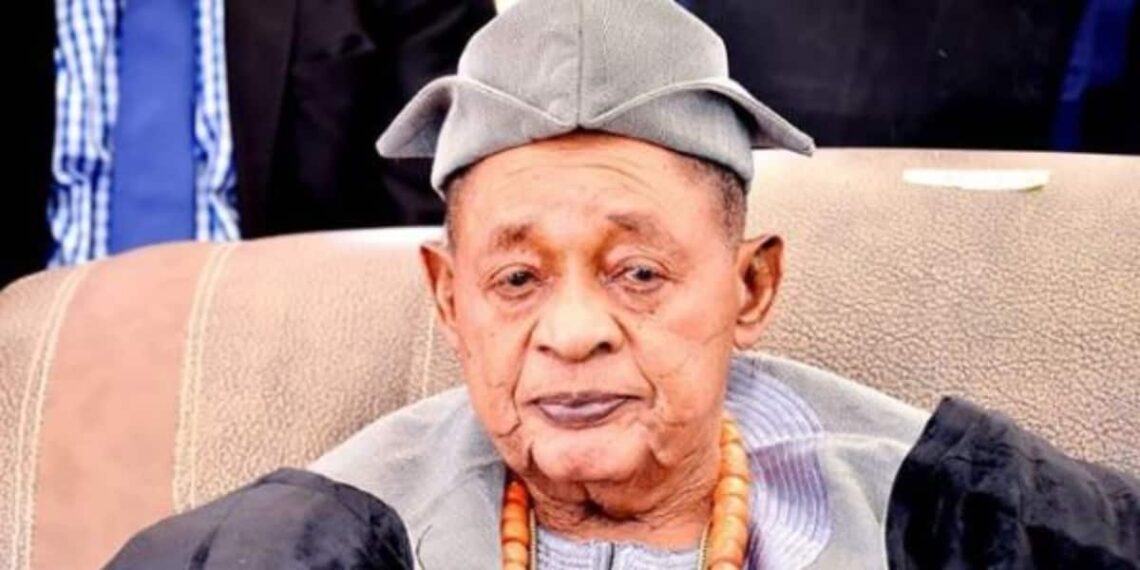 One source said the monarch told him the regular exercise that he was known for and the food choices had helped him to manage the condition for a long time.

The Alaafin of Oyo, Lamidi Adeyemi III, passed on after complications associated with prostate enlargement, a family source confirmed to PREMIUM TIMES, saying that the 83-year-old monarch had recently said the condition was going to claim his life.

The monarch passed on at the Afe Babalola University Teaching Hospital in Ado Ekiti, the capital of Ekiti State, a facility he had previously visited at different times for treatment. The proprietor, Afe Babalola, was a close friend and honourary chief of the late Alaafin.

The source said the monarch had for “several years managed” the prostate enlargement condition but with age, the difficulties increased recently, causing severe urinary problems.

“I know what will kill me, I know this prostate problem will kill me,” the source quoted the late monarch as saying. The source, who asked not to be named as he has no permission to brief journalists, said the monarch spoke with him in late March.

The source said the monarch told them the regular exercise that he was known for and the food choices had helped him to manage the condition for a long time.

“He said that with age, his ability to fight (manage the condition) was reducing and that the condition was severely worsening,” the source said.

Meanwhile, multiple palace sources said the monarch recently had a domestic accident, which caused him a hand injury. The affected hand had to be bandaged. And when he had to make a public appearance when the Oluwo of Iwo, Adewale Akanbi, visited him on April 10, he used his cloth to cover the affected hand, the palace sources said, a matter that was confirmed by a royal.

Apparently, the accident aggravated his condition, and he was then later moved to the Ado Ekiti hospital where he was placed on admission.

“On Thursday, his condition was stable, and he made a few calls to tell those close to him that he was getting fine,” our source said. “But around 4:30 or 5 p.m. on Friday, everything changed. The person that was with him (an aide titled Osi Efa) called and said we should be praying because he had stopped responding to treatments.

“The battle for his life started while those of us aware of the situation were scared but praying. But very late on Friday, or perhaps in the earliest hours of Saturday, he had his last moment and plans began to bring the remains home in an ambulance.”

His remains were taken to Oyo in the early hours of Saturday when the initial traditional rites began, first with the slaughtering of a goat at the entrance of the palace, called Oju Abata, to herald the transition of the monarch.

A curfew was declared from 7 p.m. Saturday to Sunday morning to allow for the completion of the final burial rites of the late monarch.

Oyo had not witnessed the passing of a monarch since 1968 when Alaafin Bello Gbadegesin Ladigbolu II, passed on. Oba Adeyemi succeeded Alaafin Gbadegesin in 1970 but his formal coronation ceremony took place in January 1971.