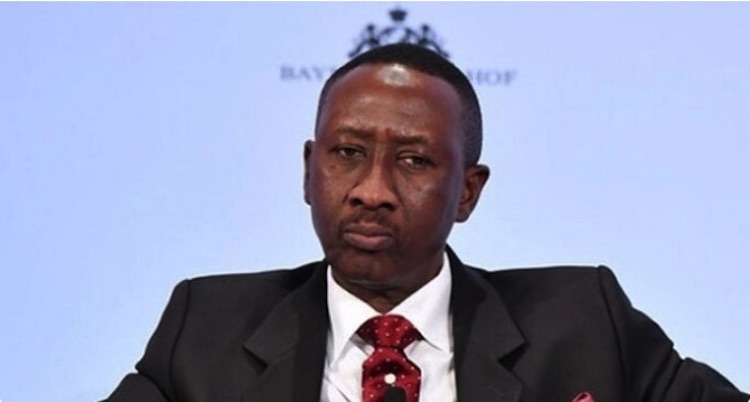 Why Nigeria’s not deploying adequate technology to tackle insecurity – NSA

NSA Monguno added that one of the major causes of insecurity in Nigeria is the porosity of the country's borders.

Nigeria’s security agencies are not deploying adequate technology to combat insecurity because of its difficult procurement process, the National Security Adviser (NSA), Babagana Monguno, has said.

The NSA stated this while briefing journalists at the State House in Abuja.

He also attributed the non-deployment of adequate technology to its expensive nature.

The comment by Mr Monguno, a retired major general, comes on the heels of heightened insecurity across the country.

While highlighting the challenges faced while procuring technological devices to fight insecurity, Mr Monguno said the government is trying its best to meet up with its responsibilities.

“So the first question has to do with why is it so difficult to deploy technology. One, technology is expensive. Technology takes time to acquire these things since inherently we do not produce these very, very delicate equipment.

“It’s not as if the government is not making any effort to acquire but we need to know who to acquire this technology from, where, when and there are certain processes.

“For now, I know we have but the plight is that there are inadequate, so to the government, it’s a continuous process. That’s what I can say about the issue of deploying technolog,” he said.

He added that one of the major causes of insecurity in Nigeria is the porosity of the country’s borders.

He said government is working with neighbouring countries to ensure that illegal entry into Nigeria is curtailed.

“On the question on border security, obviously, we have very extensive borders, and I’m not going to deceive anyone. All of us know that we have problems of infiltration by virtue of the fact that we have a very large economy.

“It attracts a lot of people from outside and they come in illegally, not just through the land borders, but also through the maritime waters.

“That is a fact, it is not a conjecture, I didn’t cook up this thing. So we want to see how we can replicate that type of efforts put in the maritime domain on our land borders. That is something that council is looking into,” he said.

Insecurity in Nigeria has worsened under the Buhari administration as the country witnessed some of the bloodiest attacks in its history.

Almost every geo-political zone in the country suffers one form of attack or the other, notably from outfits such as Boko Haram/ISWAP, IPOB separatists and bandits.

The country also witnessed the highest number of school children abductions and hostage-taking since 2014 when the Chibok schoolgirls were abducted.

Besides, the country also witnessed the highest number of jailbreaks in a single year as no fewer than four prisons were affected last year.

Also, bandits overshadowed the Boko Haram/ISWAP terrorists as they made some states in the North-west and North-central the epicentres of killings in the country.

Although the President Muhammadu Buhari administration repeatedly claimed that Nigerians are more secure under it than under the previous administrations, this assertion has been disputed by facts on the ground.