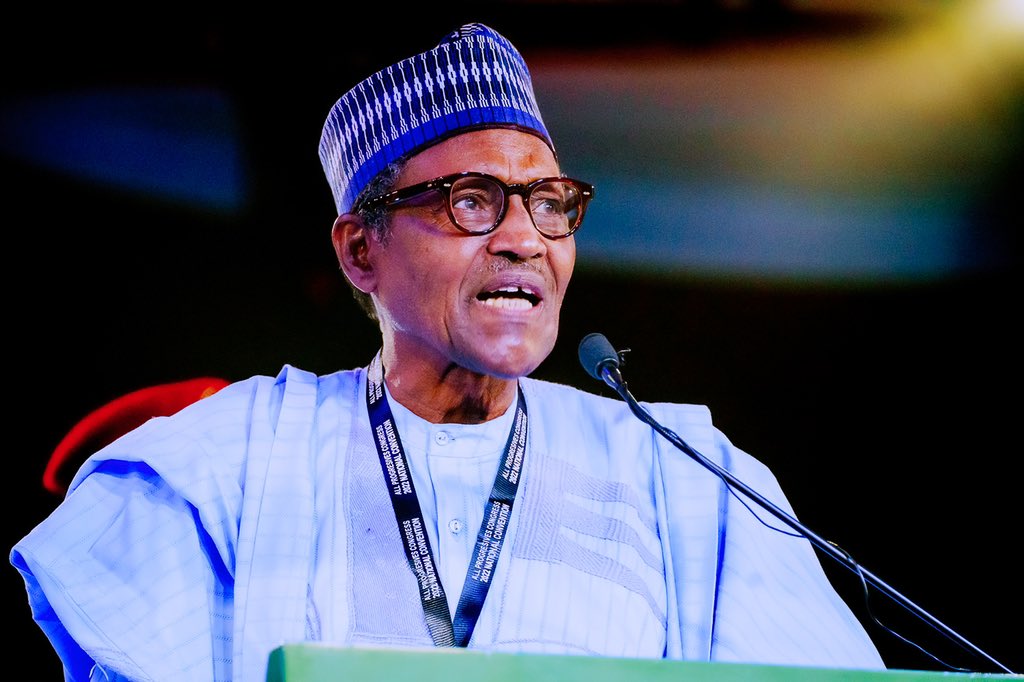 Analysts believe it will be difficult for the President Buhari to push through his favourite presidential candidate the way he recently anointed a national chairman for the APC.

Many men reckoned to be close to President Muhammadu Buhari, whether as political associates or officials of his government, are in the race to succeed him when his tenure ends on May 29, 2023. Each of them has informed him and is counting on his support to pick the ticket of the ruling All Progressives Congress (APC) for the presidential poll coming up in the first quarter of next year.

Bola Tinubu was pivotal in the formation of the All Progressives Congress (APC), the party which allowed Mr Buhari to be taken seriously for the first time by southern voters in 2015 and which helped him to end his serial losses in presidential elections that began in 2003. Mr Tinubu’s support was also crucial in his reelection in 2019, at a time the president appeared to have long squandered his goodwill with his new voters south of the Niger and Benue rivers.

Yemi Osinbajo has been a loyal and remarkably active deputy, while Rotimi Amaechi as Minister of Transportation has overseen perhaps the most visible achievements of the Buhari presidency. Governor Kayode Fayemi, who has also informed Mr  Buhari of his intention to run, served Mr Buhari’s 2015 campaign as director of policy, research and strategy and later as his minister of solid minerals development. All four have declared their intentions to run in the APC presidential primaries.

More of the president’s men may appear in the lineup before delegates gather at the Eagle Square in Abuja at the end of May to nominate the ruling party’s flag bearer. They include Godwin Emefiele, a technocrat inherited by Mr Buhari as Governor of the Central Bank of Nigeria who, after taking his role beyond managing monetary policy into essentially financing the government, has transmuted into one of the president’s men. A coordinated campaign for his candidature of the APC has been going on for months in different media, such that some aghast Nigerians, including this newspaper in an editorial, have called on him to deny it or quit his job to pursue the ambition, if indeed he has it.

Also being awaited are three other ministers, Godswill Akpabio, Timipre Sylva and Chris Ngige, as well as one of the closest personal friends of the president, former Ogun governor Ibikunle Amosun. All these men would be expected to inform the president before they jump into the fray. Many of those already on the field are claiming to be the president’s preferred candidate.

According to a Daily Trust report on Thursday, sources at the presidency said Mr Buhari did not object to the plans by all the aspirants to vie but that he was keeping his preference among them close to his chest.

In January when the president was asked of his succession plan during an interview with Channels Television, his response was ambivalent. He said: “2023 is not my problem, I don’t care who succeeds me, let the person come, whoever the person is.”

But then he quickly added that he actually has a favourite candidate, but he would not reveal the name so that person would not be eliminated.

Those remarks have created an environment in which the promoters of many of the aspirants thought to be close to the president have been claiming their man is that veiled preferred candidate.

But Daniel Bwala, a lawyer and popular political pundit, does not believe anyone has been or would be anointed by the president.

“From that day (of the president’s remarks), people have speculated a lot. But if you are seeing what is happening, you will know that there is no clear cut preferred candidate, at least from the side of the president,” Mr Bwala, who is also a member of the APC, said in an interview with PREMIUM TIMES.

One of the reasons promoters of President Olusegun Obasanjo’s third term bid gave in 2006 for wanting an elongation of the then president’s tenure was the need to deepen his economic reforms and find a successor that would sustain them. This was after Mr Obasanjo had fallen out with Vice President Atiku Abubakar. Ironically though, after the third term plot fell apart, the president, in picking his successor, overlooked his cabinet and economic team that worked with him.

Instead, he picked the governor of Katsina State, Umaru Yar’adua, who was not even an aspirant and whose only known connection to Mr Obasanjo was that the governor was a brother of Shehu Yar’Adua, his old deputy when he (Obasanjo) served as military head of state  between 1976 and 1979.

If President Buhari decides to anoint a successor, who will he pick? Is it the man who helped put together a national party that gave him victory in 2015, the man said to have helped put together funds for the election or a deputy who has been deeply involved in governance in his presidency?

In his declaration broadcast, Vice President Osinbajo projected himself as a continuity candidate, the man who has been part of Mr Buhari’s ‘change’ and ‘next level’ agenda and who can best sustain it. Other officials of the government like Messrs Amaechi, Sylva and Akpabio, will most likely make the same claim.

However, Mr Bwala argues that it does not require membership of Mr Buhari’s cabinet to sustain his agenda.

“I think the change agenda is a party manifesto, in that every member of the party can take a decision and run with it,” he said. “So even if the president does not particularly roll out any plan for succession, the belief is that when you subscribe to be a member of the party, you would have studied the ideology and manifesto of the party.”

Mr Bwala added that he has not seen enough to conclude that the president is pushing any particular candidate.

“If the president has a succession plan, will he show it? The answer is no. All the presidents that ruled this country were interested in who became the chairman of the party but has he (Buhari) really demonstrated being a person that interferes? Certainly no. The closer you are to him, the more you will have an advantage,” Mr Bwala said.

Speaking in the same vein, a former spokesperson of the APC, Lanre Issa-Onilu, said he believes the president would allow the process to produce the party’s candidate.

“The president that I know will not come out to say this is the person I am supporting, because even he himself contested in primaries In 2015. Atiku (Abubakar), Okorocha (Rochas) and others contested against him and he won fair and square,” Mr Issa-Onilu told this newspaper in an interview.

According to a media executive who asked not to be named, “even if the president wants to, does he have the political skill and temperament to push through without causing schism in the party?

“More importantly, from the way he has run his government in the past seven years, he does not appear to be interested in anything. All the aspirants who have informed him and gotten his approval know that he will say the same thing to all the others and that he will not do anything to help any of them.”

Commentators observed that it will be more difficult for the president to push through his favourite, if he has one, as the party’s consensus candidate than he did in the selection of the national chairman last month.

After much pressure, all the other aspirants stepped aside for former Nasarawa governor, Abdullahi Adamu, to take the seat.

Even in that case, Kaduna Governor Nasir El-Rufai said the president was reluctant to anoint any candidate until governors elected on the APC platform persuaded him to do so.

According to the Daily Trust report cited earlier, an unnamed founding member of the APC said, unlike the party positions, the president cannot singlehandedly handpick the presidential candidate.

“What I can tell you is that the scenario that brought Abdullahi Adamu, where the president handpicked him cannot be repeated now. The primaries must be conducted for the party to emerge victoriously in 2023.

“Mr President is being mindful of this fact, hence (he) is being careful. In the build up to the 2015 general elections, even when key stakeholders knew that the party’s ticket was for him (Buhari), we still conducted primaries in Lagos, where he defeated Atiku, Kwankwaso, Bukola (Saraki), Okorocha and others,” the source said.

Why I left Oyo APC for PDP – Tegbe