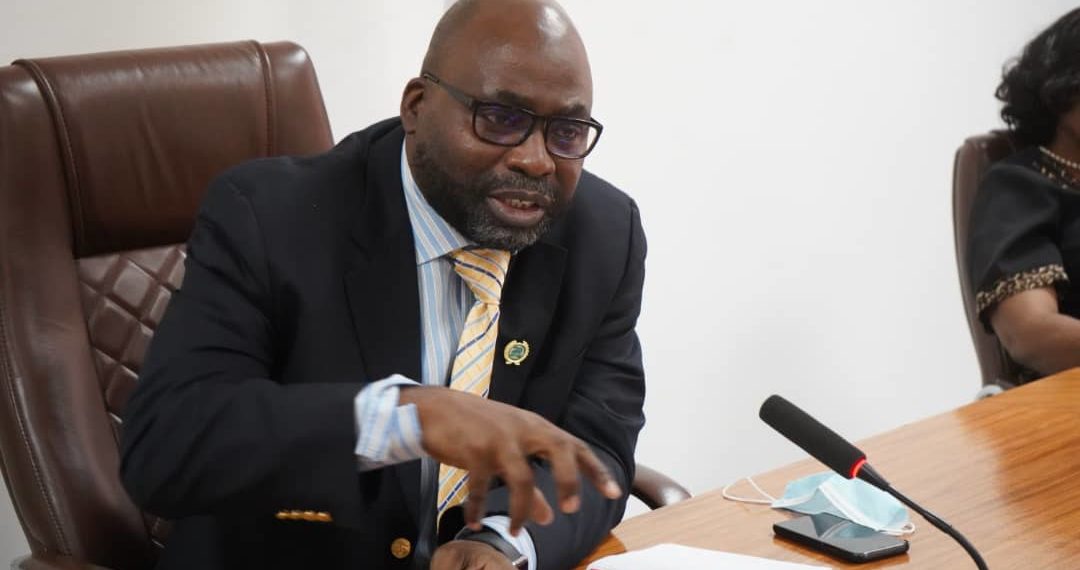 ICPC chairman, Bolaji Owasanoye, says in one of the project tracking reports that as of 2019, an estimated N2 trillion had been budgeted for constituency projects since 2000.

The Independent Corrupt Practices and other related offences Commission (ICPC) has given an insight into why there are persistent infractions by lawmakers and other government officials in the execution of constituency projects.

The anti-graft agency revealed this in a series of reports on its Constituency and Executive Projects Tracking Initiative (CEPTi) conducted.

PREMIUM TIMES earlier reported how the agency, in its report on the second phase of the project tracking exercise, revealed cases of alleged abuse of office and conversion of public property to personal use by three senators from Kebbi, Taraba, and the Jigawa States.

About 490 Zonal Intervention Projects (ZIP), also known as constituency projects, with each costing at least N100 million, were tracked in the second phase of CEPTi in 2020.

The report on the tracking exercises obtained by this newspaper revealed a series of violations allegedly committed by federal lawmakers with the complicity of some officials of the executing ministries, departments, and agencies of the federal government.

ICPC Chairman, Bolaji Owasanoye, said in one of the CEPTi reports that as of 2019, an estimated N2trillion had been budgeted for ZIPs since 2000. He adds that despite the huge releases citizens continue to make agitations about “shoddy completion, non-completion or outright non-existence of these projects in their locale”.

Under the ZIP scheme, which started in 2000, senators and members of the House of Representatives are allowed to nominate or sponsor projects for the benefit of their constituents.

But, from the ICPC’s report of the first phase of the CEPTi exercise earlier conducted in 2019, lack of adherence to the provisions of the public procurement law and regulations is a major reason for the persistent infractions in the execution of constituency projects.

The commission stated that the role of legislators in the constituency project matters, according to the procurement law, “is restricted to identification of projects while the relevant MDA (ministries, departments, and agencies) would perform the contract without let or hindrance”.

It, however, added that “in practice, MDAs are not involved in the conception of ZIPs” and that “sponsors nominate contractors and take physical custody of items procured by MDAs under the pretext that they would distribute to beneficiaries”.

ICPC’s allegations, such as abuse of office, conflict of interest, misappropriation, and conversion of public property to personal use raised against the Jigawa, Taraba, and Kebbi senators are criminalised and punishable with jail terms under the Public Procurement Act, 2007, the Corrupt Practices and Other Related Offence Act, 2000, and other laws.

A lawyer and fiscal accountability expert, Eze Onyekpere, said MDAs who constitute part of the executive branch of government must be held to account for the violations of the Public Procurement laws.

Mr Onyekpere, who leads the Centre for Social Justice (CSJ) a non-governmental organisation, noted that it is the sole responsibility of the MDAs to award and supervise contracts.

“The public Procurement Act says the permanent secretary is the accounting officer and there is a renders board; they award and supervise contracts. They pay money. Where is the legislator in all these?” the lawyer queried.

He said the defence by contract-awarding agencies that they were coerced by lawmakers to award contracts to their cronies as indicated in ICPC’s constituency projects tracking exercise, was not tenable.

“The primary offender must be punished. Whoever awarded a contract and did not implement it, he should be held accountable,” Mr Onyekpere added, urging MDAs to resist the “subtle force” from lawmakers that breach the law.