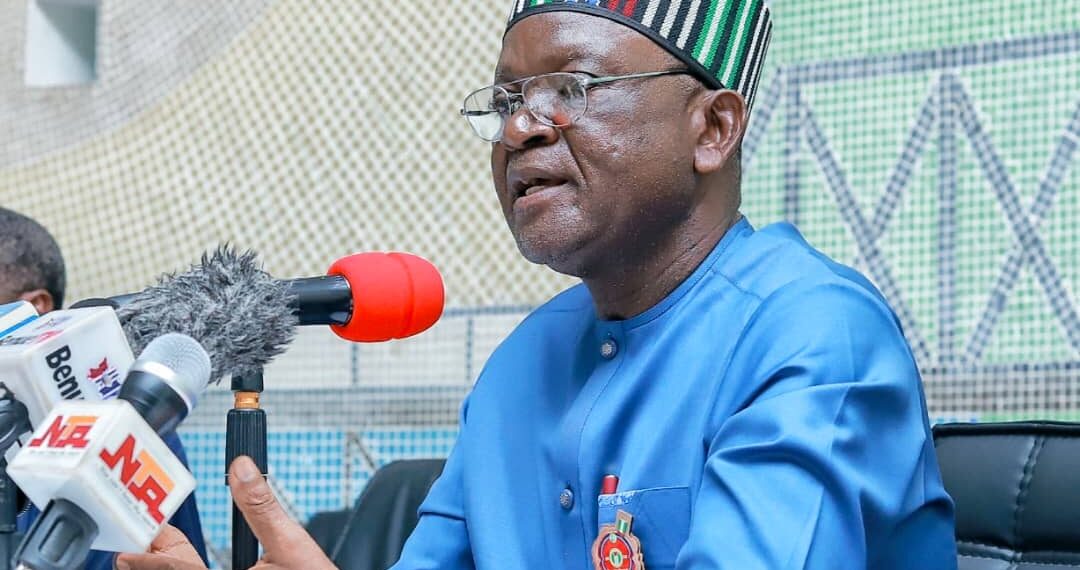 The Governor of Benue State, Samuel Ortom, has told residents of the state to defend themselves after the state government said that ‘several people’ were killed by suspected herders who attacked farming communities in three local governments in the state.

Mr Ortom made this call in a statement released on Wednesday by his media aide, Nathaniel Ikyur, according to a report by Channels Television.

“There were coordinated attacks on Guma, Kwande, and Gwer West local government areas of the state on Tuesday, March 29th, 2022.

“A report from the team leader of security agencies in Kasekyo near Tse Torkula village in Guma local government said that suspected Fulani herders at about 0930 hours on Tuesday, March 29th, 2022 shot one Turner Ajar and an unidentified elderly man who were on a motorcycle going to the farm.

“The team of Agro Rangers who were on patrol in the area tried to rescue the situation but unfortunately many had already been killed. Their corpses were taken and deposited at a hospital in Gbajimba, Guma local government area of the state,” the statement read.

Mr Ikyur also said that in Kpankeeke, a suburb on the outskirts of Naka, the headquarters of Gwer West Local Government Area, gunmen, whom he claimed to be herdsmen, attacked the community killing several people.

“Gory images of persons killed by another set of herdsmen littered the streets.

“The Agro Rangers team were alerted and they moved to the location alongside the Army and Police. The patrol team found the body of one Ahemba Apeelu, an aged man at a sawmill from Saav/Ukusu council Ward who was slaughtered, and his throat slit.

“Others identified to have been killed by the invaders include Tersoo Yasough and that of a young lady known as Martha Ukange,” the statement added.

Benue State, an agrarian state, has been a hotbed of clashes between pastoralists and farmers for decades with hundreds of lives lost and several communities and farmland destroyed.

In 2017 Mr Ortom signed anti-open grazing law which is aimed at putting a stop to the incessant clashes between farmers and herdsmen in the state but the clashes continue.

In January he signed an amendment to the law with more stringent penalties for violators of the law. He described the amended law as a “child of necessity, following killings, maiming and destruction of villages by militia herders.”

SSS gives NNPCL, marketers, others 48 hours to end fuel scarcity across the country