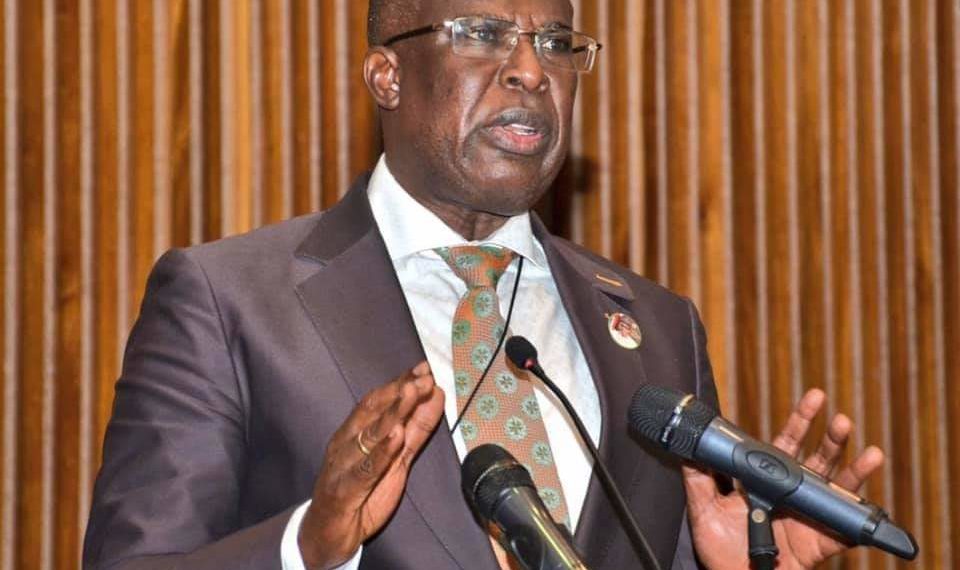 “At this rate, I have said if anyone is looking at a criminal enterprise, look no further than the fuel subsidy,” the minister said.

Mr Sylva, who lamented the controversies surrounding the amount of petrol that the nation consumes daily, said the subsidy regime encourages criminal activities like smuggling which in turn impact negatively on the nation’s oil resources.

According to Punch newspaper, the minister said this in an interview with his media team, led by his Senior Adviser, Media and Communications, Horatius Egua.

“I have said this publicly before that I don’t know the figure,” he said of the opacity surrounding Nigeria’s petrol consumption figures.

“When I assumed office, initially I was told that our daily consumption was 66 million litres.

“Then, when fuel prices increased from N145 to N162, the consumption figure temporarily fell to about 40 something million litres per day, because the arbitrage opportunity reduced.

“At this rate, I have said if anyone is looking at a criminal enterprise, look no further than the fuel subsidy.”

The minister said that on the basis of these revelations, he has intensified his advocacy for deregulation and ultimate removal of fuel subsidy from the country’s PMS pricing template.

In recent years, experts have said that Nigeria’s inability to account for the amount of petrol it consumes daily was due to the continued smuggling of PMS through its porous land borders.

In 2019, Nigeria shut its land borders as part of government’s sustained efforts to check smuggling and other illicit cross-border activities.

Despite the closure of the land borders, reports showed that smuggling was still rampant across the nation’s borders.

Mr Sylva said that as of today, the nation cannot still tell the exact volume of petrol it consumes on a daily basis.

Speaking in reaction to the N3 trillion fuel subsidy proposal by NNPC, he said: “I would have preferred that this question be directed to the NNPC.

“I have made my views known about this issue in the past. NNPC has agreed with me that they are not certain about the exact consumption figure.”

Mr Sylva argued that the country’s petroleum products are smuggled out of the country, so neither the ministry nor the NNPC could give a definite figure.

“It’s more or less fueling a criminal economy. The NNPC imports the products, and nobody knows the exact destination of the products at the end of the day,” he lamented.

“The imported products come to Nigeria, and from there filters out of our borders to neighbouring countries.

“So, as a country, we cannot tell the exact volume of petroleum products that we consume on a daily basis. All we have been doing is to assume the level of consumption over a period and work with that.”

Mr Sylva said that Mr Buhari had done “everything” to resolve the issues, including the closure of the country’s borders with neighbouring countries, yet the criminality was not stopped.

“The truth is that what the President could do was to close the ‘formal’ borders. What about the illegal routes?,” Mr Sylva quipped.

Fuel scarcity worsened across Nigeria in recent weeks despite repeated assurances from the government that the crisis would not linger for too long. The scarcity and its attendant chaos were initially said to be as a result of an off-spec product imported into the country, which reportedly damaged vehicles and generating sets.

As the NNPC and regulatory authorities struggled to put the situation under control, queues persisted in Abuja, Lagos and several other cities for weeks as people scrambled to get petrol for their cars and their electricity generators at a time of rising temperatures.

The crisis, which lingered for weeks — and in some places like Abuja, for several months — continued despite the federal government saying it has sufficient stock of petroleum products for distribution across the country.

Relative normalcy has since returned to filling stations in places like Lagos, but residents of Abuja have barely experienced any sense of relief. In other cities like Ibadan, Osogbo and parts of the South-east, petrol stations have continued to sell at different prices ranging from N170 to N210.

As a result of these developments, although the government has maintained that the recent crisis was due to the ripple effect of the importation of off-spec petrol, some Nigerians on the streets and across social media platforms claim that the chaos was “orchestrated” as a means of removing the subsidy component of fuel prices.

The subsidy debate is one of Nigeria’s most polarising public discussions. Earlier in the year, Mr Buhari suspended the government’s plan to remove subsidies on petrol.

In January 2012, protests erupted across the country when the government of former President Goodluck Jonathan introduced the idea of removing petrol subsidy. While the government and other policy experts argue that subsidy is not sustainable and should be removed, civil society organisations and labour unions have always stood against the move.

Mr Sylva argued that if the subsidy component of the oil pricing template is taken out through deregulation, smuggling of PMS to neighbouring countries would cease.

“Of course, we need the market from there. But now we are punishing ourselves because every litre we import at our expense will always find its way outside the country,” he said.

“Now, the government is trying to subsidise our citizens so that our people will at least get the benefit of the subsidy on petroleum products. But, now because of how our borders are, it is very difficult. Now, we are inadvertently subsidising the whole of Africa. This is the thing we cannot handle.”