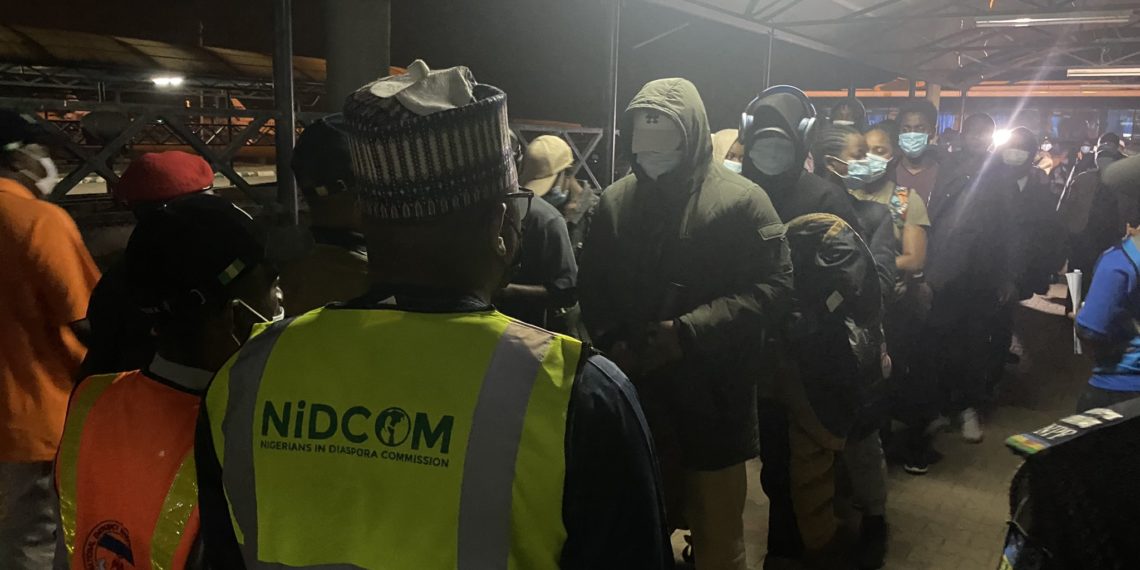 The Nigerians were airlifted from Hungary where they had fled following the war in Ukraine.

They arrived on a plane owned by Azman Air. They were airlifted from Hungary where they had fled following the war in Ukraine.

A total of 301 Nigerians were evacuated on the flight, some of whom are students stuck in Sumy, a Ukrainian city that has suffered repeated Russian attacks.

The evacuees, according to the Nigerians in Diaspora Commission (NiDCOM), also got free SIM cards loaded with airtime to allow them to reach their family members. The SIM cards were courtesy of a partnership between NiDCOM and MTN, a network service provider.

The evacuees also received 100 dollars for transportation as did the batches that arrived before them.

PREMIUM TIMES reported how over 1,000 Nigerians earlier arrived from Ukraine in five batches. The returnees had fled Ukraine to neighbouring countries like Poland and Hungary from where they were airlifted to Nigeria.