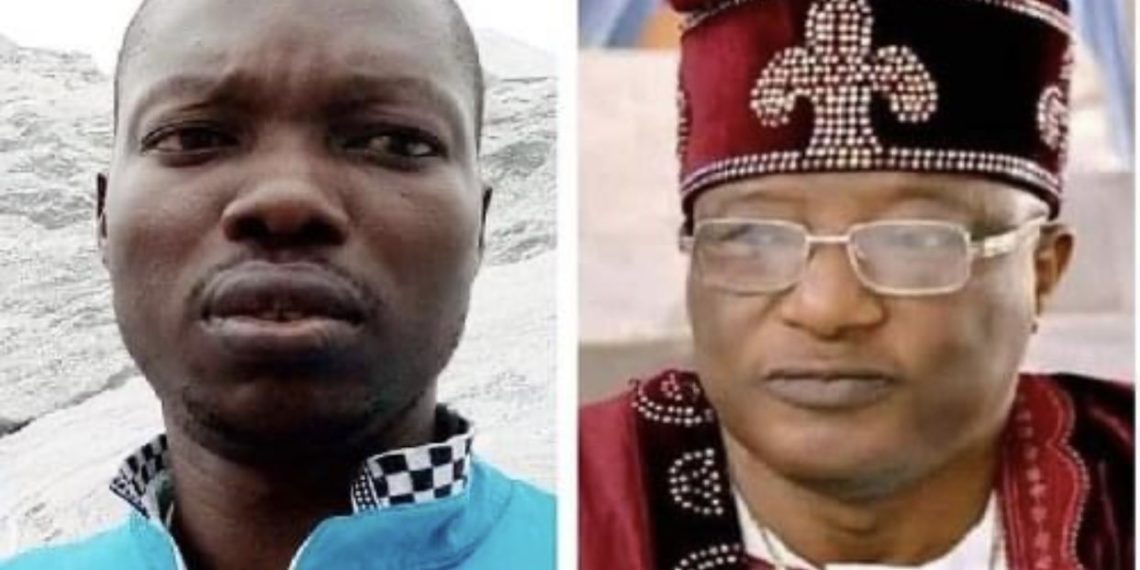 The police initially filed criminal charges against the hotel proprietor, Rahmon Adedoyin and others, concerning the alleged murder of Timothy Adegoke at the FCT High Court, Abuja, in January, but later withdrew it in February.

The Nigerian police have re-filed charges against the proprietor of Hilton Hotel and Resorts, Ile Ife, Osun State, Rahmon Adedoyin, and eight others over the death of Timothy Adegoke, a postgraduate student of the Obafemi Awolowo University (OAU), Ile-Ife.

Court documents seen by PREMIUM TIMES show that the case, earlier withdrawn from the FCT High Court in Abuja last month, has been re-filed at the Osun State High Court, Osogbo, the state capital.

Mr Adegoke was reportedly killed after lodging in the Hilton Hotel and Resorts, Ile Ife, in November last year.

Police investigations fingered some members of the hotel staff in the alleged murder and accused Mr Adedoyin of moves to destroy evidence.

The police initially filed the criminal case concerning the alleged murder at the High Court of the Federal Capital Territory (FCT), Abuja, in January this year, but later withdrew it in February.

The withdrawal came after the lawyer to the deceased person’s family, Femi Falana, a Senior Advocate of Nigeria, wrote the police authorities to demand that the charges be filed in the state where the alleged offences occurred.

Modupe Osho-Adebiyi, a judge of the FCT High Court, in Gudu, Abuja, struck out the old charges shortly after the prosecuting counsel, Ochogwu Ogbeh, applied for its discontinuance on February 8, 2022.

Court documents seen by our reporter late Wednesday show that the case was refiled at the Osun State High Court in Osogbo on February 17.

The newly filed case is a replica of the old one that was withdrawn from the Abuja court.

PREMIUM TIMES understands that the defendants have been scheduled to be arraigned today (Thursday).

The ither defendants – Raheem Adedoyin (Mr Adedoyin’s son), Esther Asigo, and Quadiri Moshood – were said to be at large.

The case has 11 counts of conspiracy to commit murder, murder, unlawful killing, attempted felony, accessory after the fact, improper and indecent interference with a dead body, and administering extra-judicial oath, among others.

The police said the offences violated and are punishable under the Criminal Code applicable in Osun State.

Mr Adedoyin’s name does not feature in the counts of conspiracy to commit murder and murder.

His name appears in six of the charges.

Those whose names feature in the charge of conspiracy to commit murder are Magdalene Chiefuna, Adeniyi Aderogba, Oluwale Lawrence, Oyetunde Kazeem, Adebayo Kunle, and others said to be at large.

But only the names of Ms Chiefuna and Mr Kazeem along with those said to be at large appear in the other charge of murder, an offence punishable under section 306 of the Criminal Code.

Mr Adegoke, a postgraduate student of the Obafemi Awolowo University (OAU), reportedly lodged at the Hilton Hotel in Ile-Ife on November 5, 2021.

He had reportedly travelled to the university town of Ile-Ife to sit an examination at the OAU Distance Learning Centre, Moro campus, only to be declared missing on November 7, 2021, about two days after lodging at the hotel.

The police said Mr Adegoke was later found to have been murdered and his corpse thrown into a bush.

In the case summary filed along with the charges, the police said the management of the hotel owned by Mr Adedoyin, as well as his son and managing director of the hotel, Raheem Adedoyin, and some other staff members of the hotel “illegally disposed the deceased body and that they also destroyed the CCTV camera in the floor of hotel room 305 with a view to cover up”.

“That the receipt No. 9316 issued to the deceased while he checked into the Hotel room was found to have been altered,” the police said.

They added that investigation revealed that the deceased person’s body “was discovered lifeless in room 305, and the chairman was informed, and he told them his MD, Raheem Adedoyin, would handle the situation.”

The corpse, according to the police, remained where it was disposed of for about 10 days before it was picked up by the Environmental Unit of Osun State Environmental Department.

The police added that the autopsy later conducted on the corpse showed that the deceased “did not die of natural consequence.”

They also cited the report of consultant pathologists stating that “the cause of death was not through violence means.”

The police described Raheem Adedoyin, the managing director of the hotel and Mr Adedoyin’s son, as “the prime suspect”. He was said to have allegedly removed the CCTV camera of the hotel in an effort to erase evidence.

Investigation, according to the police, established the offences of conspiracy, murder among others, against the defendants, including the alleged accomplices on the run.