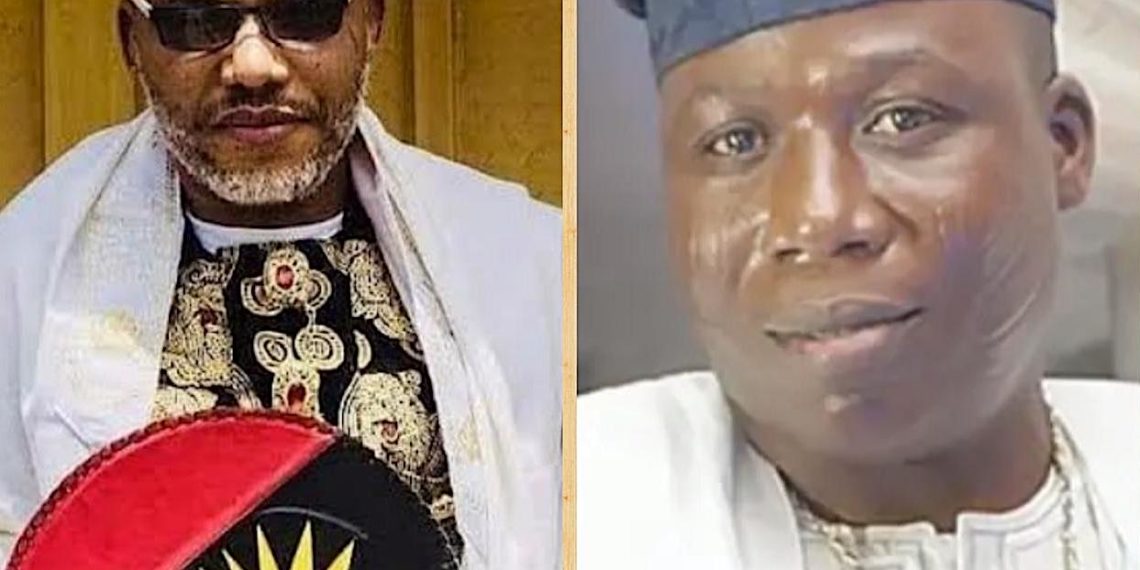 Mr Malami did not foreclose a political solution to the Nnamdi Kanu matter.

The Attorney-General of the Federation (AGF) said on Monday that the law will run its course in the trial of the leader of the proscribed Indigenous People of Biafra (IPOB), Nnamdi Kanu who is being prosecuted at the Federal High Court in over terrorism charges.

Mr Malami, who appeared on Channels Television’s ‘Politics Today’ Monday evening, however, did not foreclose a political solution in Mr Kanu’s alleged conflict with the Nigerian law.

“In terms of prosecution, you cannot rule out any possibility. The law of the land must take its natural course.

“In our laws, there are a lot of possibilities, but as it is now, the law is taking its natural course,” Mr Malami said.

There has been a clamour from notable groups in the South-east for Mr Kanu’s release.

Some of them have visited President Muhammadu Buhari over the matter. But Buhari would later respond in an interview that Mr Kanu should defend himself in court.

The IPOB leader was reportedly rearrested in Kenya and brought back to Nigeria in June last year by Nigerian government.

This was almost four years after Mr Kanu fled Nigeria after the military invaded his Afara-Ukwu home in Abia State in 2017.

While abroad, Mr Kanu, a separatist seeking the secession of the Igbo-speaking part of Nigeria as an in independent Biafra nation, frequently reached out to his followers mainly in the South-eastern part of the country through incendiary social media broadcasts.

During the period, the Nigerian government blamed him and his IPOB for the escalation of the violence in the South-east region.

After his rearrest in June last year, the charges of treasonable felony levelled against him for seeking the secession of the South-region were amended to include terrorism charges.

Also speaking on detained Sunday Adeyemo, popularly known as Sunday Igboho, Mr Malami said the Yoruba nation secessionist might be subjected to Nigeria’s criminal justice system upon conclusion of his incarceration by the government of the Republic of Benin.

“It is a matter being prosecuted at a foreign country, and within the context of that prosecution, one thing that is apparent is that he (Igboho) has been taken into custody on account of breaching laws applicable in a foreign nation. And with that in mind, he is being prosecuted,” Mr Malami explained.

“No political solution in terms of what he is standing trial for in a foreign country, may be those political considerations may be brought to bear after conclusion of his trial at the foreign nation,” Mr Malami said.

Like the IPOB leader, Mr Igboho fled Nigeria last year after the State Security Service (SSS) led a controversial security operation at his home Ibadan, the Oyo State capital, which led to the death of two of his associates and the arrest of 12 others.

A court in Oyo State has since held the Nigerian government liable for the SSS invasion awarded N20 billion damages to Mr Adeyemo.