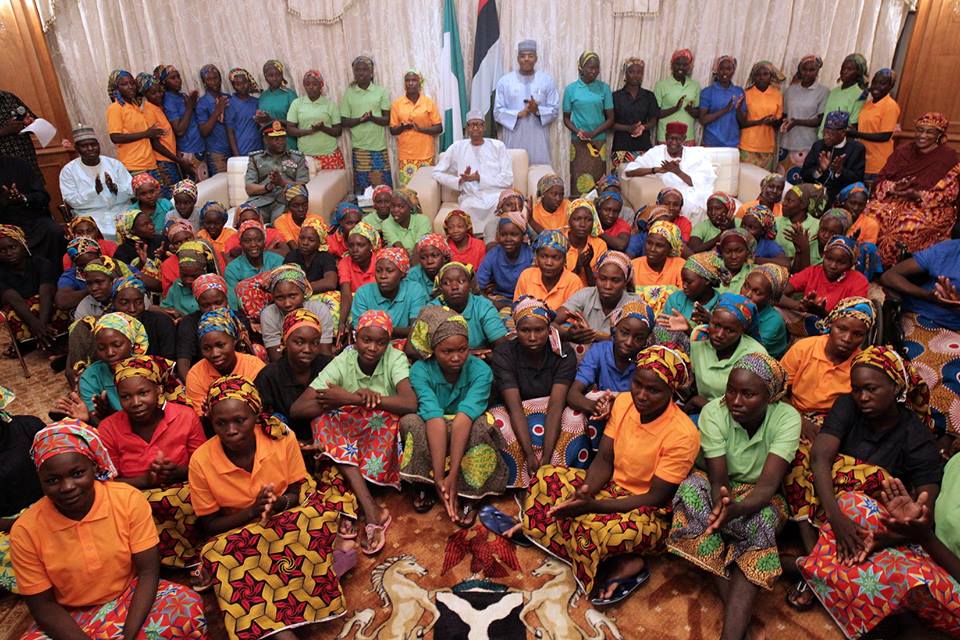 The Kibaku (Chibok) Area Development Association (KADA), on behalf of the entire Chibok Community, on Saturday in Abuja indicated that 110 of the 276 girls abducted in April, 2014, are still unaccounted for.

This indication was given in Abuja on Saturday by the President of KADA, Dauda lliya, at a press conference.

Mr Iliya said of the 276 girls abducted, 57 escaped from their abductors.

He added that parents and the Community have continued to be subjected to persistent and sustained attacks, killings, abductions, maiming, arson and other myriads of criminality without adequate government protection.

“Chibok has been for all intents and purposes abandoned to its own devices by all layers of government in Nigeria.

PREMIUM TIMES reported how the presidency in April 2021 reassured parents and concerned citizens that the missing students of Government Girls Secondary School, Chibok, Borno, “remain constantly on the minds of government as they are always on the minds of their parents”.

Garba Shehu, the President’s Senior Special Assistant on Media and Publicity, then gave the reassurance in a statement to mark the 7th anniversary of the abduction of the Chibok girls.

“Right from late 2012 up to this time, the statistics of the state of damage and destruction of lives and property inflicted on the Community presents a worrisome and pathetic picture,” the Chibok Community spokesperson lamented.

Mr Iliya said over 72 persons have been killed, and over 407 persons abducted, houses, business premises, and churches burnt, while over 20 vehicles were stolen and many grains barns burnt or destroyed.

“From late 2018 to date, the frequency of attacks and level of destruction have escalated and are simply alarming.

“In sustaining their carnage, Piyemi, another big town in Chibok area, was attacked on January 20 with 19 persons mostly girls abducted and one person, the Vigilante leader, beheaded,” he stated.

Mr Iliya called on the Federal Government for support, saying in a press release, themed “Echoes from Chibok: rescue us from total annihilation by the Boko Haram’, that “Government should seek for support to synergize with our security forces in confronting this menace so as to end the sustained carnage on our people.

“By so doing, we expect our remaining 110 daughters abducted in 2014 and numerous others subsequently abducted at different times to be brought back to us.

“We appeal to the Federal Government to immediately set up Internally Displaced Persons Camps in Chibok town and provide Chibok with skills acquisition centre so as to avoid imminent hunger/starvation in Chibok.

“We request the Federal government to order deployment of more military personnel and better arms to Chibok to halt the continuous attacks on the community.

“We also appeal to our action Governor to do more in organizing and helping our people in securing our state in general and Chibok in particular,” Mr Iliya stated.

He called on the media to help them highlight their plights, saying “we count on you to continue to be voice for the voiceless in this struggle for our lives and acting as our megaphone in spreading these cries where our voices are unable to reach.

“Finally, we hereby express our heartfelt condolences to the Nigerian Army theater command, Maiduguri, for the loss of our gallant soldiers including the very brave Brig.-Gen. B. K. Zirkushu, who lost their lives in Askira protecting our people against the invading terrorists on November 13, 2021,” he said.