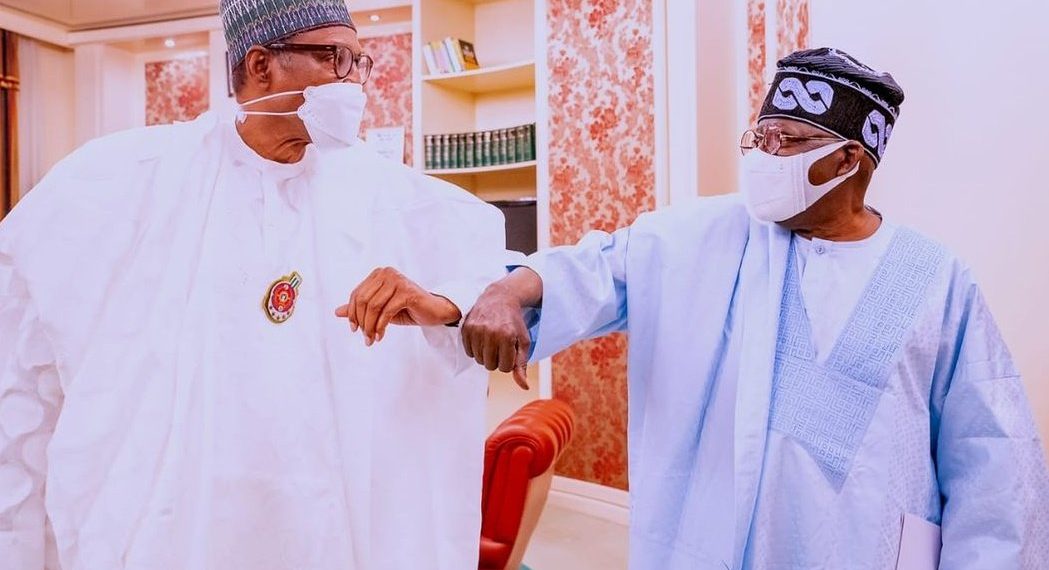 Mr Tinubu, a national leader of the APC, will be among the frontrunners to succeed Mr Buhari, whose tenure as president, ends in May 2023.

After months of speculation, the national leader of the All Progressives Congress (APC), Bola Tinubu, has formally declared his intention to run for the country’s president in 2023.

He disclosed this to journalists after a closed-door meeting with President Muhammadu Buhari in Abuja on Monday.

In his interview with State House reporters, Mr Tinubu said it has been his age-long ambition to lead the country one day.

“You will soon hear. All you want to hear is the categorical declaration. You’ve gotten that truth from me that I have informed Mr President of my ambition, and you don’t expect more answers than that,” he said.

His position was also confirmed to PREMIUM TIMES by his spokesperson, Tunde Rahman, who implored this reporter to wait for a full transcription of his boss’ interview with state correspondents.

TVC News, a television station believed to be owned by Mr Tinubu, also confirmed in its report that Mr Tinubu made the statement to reporters.

While the former Lagos governor could not disclose Mr Buhari’s position on his decision to run to journalists, his statement however, suggests the president’s compliance with his vow not to openly canvass support for any candidate.

“That’s our business. He is a Democrat. He didn’t ask me to stop. He didn’t ask me not to attempt and pursue my ambition, it is a lifelong ambition. So, why do I expect him to say more than that? You are running a democratic dispensation, and you must adopt the principles and the values and the virtues of democracy. That’s it,” Mr Tinubu said in response to a question on what transpired at the closed-door meeting with the president.

ALSO READ: VIDEO: I have the confidence, the vision, the capacity to rule – Tinubu

When asked to comment on his chances if he runs against the duo of Vice President Yemi Osinbajo and Governor Yayaha Bello of Kogi State, who has since declared his intention to run for president at the party primary, Mr Tinubu dodged the question but instead stated that he hopes to replicate his feats in Lagos as a governor and also build on the infrastructural achievements of the current administration.

Without denying his role as a “kingmaker” in the Nigerian political space, the APC chieftain reiterated his rights to contest for any seat in the country.

“So, whatever is your attribute is your own opinion. I want to pursue my ambition without the title of a kingmaker. You can write your literature and your story based upon your own perception,” Mr Tinubu said.

With his declaration, Mr Tinubu will be among the frontrunners to succeed Mr Buhari whose tenure as president ends in May 2023.

While Mr Bello declared last year to run for the nation’s top political seat, Mr Osinbajo has not made his intention public, despite the support he is getting from his allies.