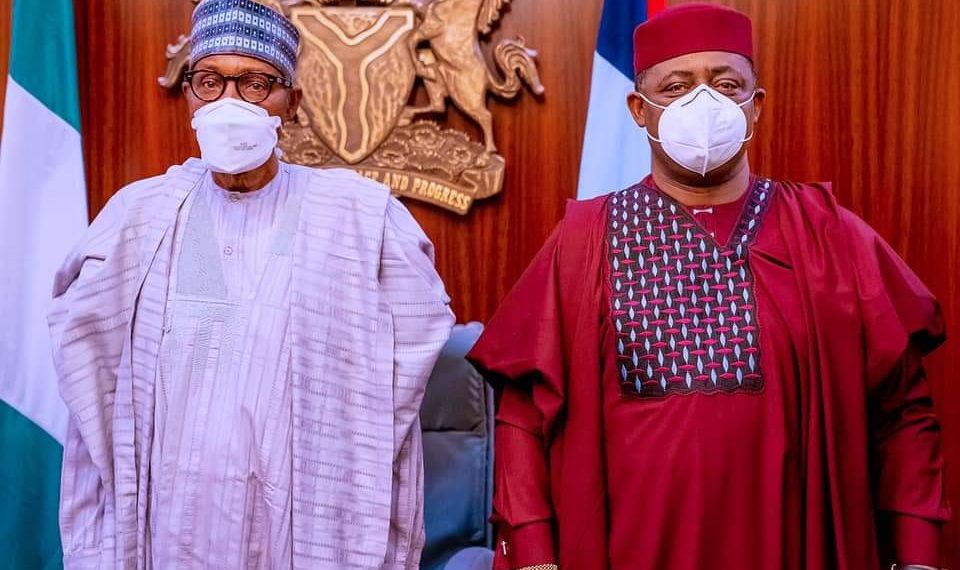 Many Nigerians believe that opposition politicians accused of corruption or on trial for corruption join the APC to avoid being punished.

Nigeria’s President Muhammadu Buhari said no person accused of corruption can go scot-free even if they join his party, APC.

Mr Buhari said this in an interview with state-run NTA aired Thursday and monitored by PREMIUM TIMES.

“They cannot,” Mr Buhari vowed when asked about the prospect of suspected corrupt politicians going scot-free by simply defecting to the governing APC.

He added, “And nobody can go scot-free as far as I’m concerned. A lot of confusion could have been caused, but luckily, I think we try to occupy offices with integrity and that is the best thing for Nigerian leadership at all levels.

“If that is done, we would achieve a better result and if that is not done, a lot of time would be wasted talking and quarrelling and a lot of noise.”

He said the APC tries to insist on accountability and, “we are very serious about people who aspire to lead at whatever level by their performance”, that they are people of integrity.

The President said further, that “The problem is that, we have to work within the system. Even if we suspect individuals, unless there is evidence, there isn’t much you can do. So it is the system that permits people to be corrupt.”

Mr Fani-Kayode, had in September last year, defected from the Peoples Democratic Party (PDP) to the ruling All Progressives (APC). He is standing trial before the Federal High Court in Abuja over the diversion of funds he allegedly took fraudulently from the office of the National Security Adviser ahead of the 2015 presidential election.

While Ms Oduah, a senator representing Anambra north, despite her defection to the APC sometime in August 2021, is also facing corruption charges on eight-count of conspiracy, money laundering and maintaining anonymous bank accounts with First Bank Plc at the Federal High Court, Abuja.

When asked to assess the anti-corruption war since the coming on board of the new EFCC boss, Abdulrasheed Bawa, in February last year, the President simply urged Nigerians to live within their means.

He said as long as people continue to live beyond their means, corruption will not be defeated.

“The problem of corruption is a continuous problem for a developing country like Nigeria. People have to accept living (within) their means,” the President said.

“And the best way (in solving the problem), is firmness by departments, ministries and especially by the state. Now, look at the local government, the third tier of government. It is less and less effective, and they are supposed to be the most effective because they deal from the bottom upwards, especially in terms of education and healthcare, which are the basic things of the majority of Nigerians,” Mr Buhari added.

He advocated “Educating the people and providing adequate healthcare for families.

“So Nigerians must conserve resources to effectively give education and healthcare to the needy,” the President added.

UPDATED: Despite worsening economy, insecurity, Buhari says he’s given his best to Nigeria