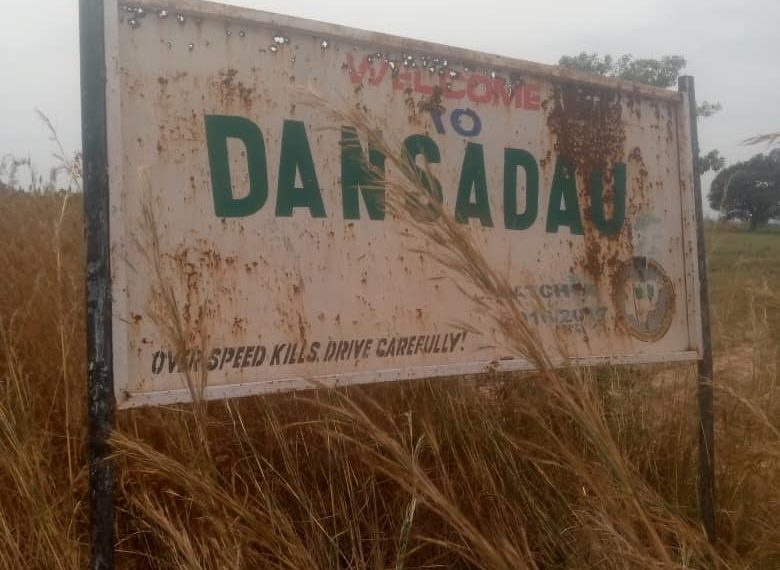 Residents of Dansadua are witnessing the longest period of peace in recent times since they cut a deal with bandits.

Residents of Dansadau in Maru Local Government Area of Zamfara State are celebrating two months of peace that followed a truce in November between farming communities and cattle herders, including armed bandits, in the district.

Dansadau is about 100 kilometres from Gusau, the state capital, and is one of the communities worst hit by banditry in Zamfara.

Residents need security escort to travel to or from Gusau because, aside from attacking vulnerable agrarian communities in the area, bandits also routinely attack commuters in the lone highway connecting Dansadau to the state capital.

PREMIUM TIMES reported last year how bandits set ablaze a fuel tanker in the convoy of security agents to sabotage the supply of fuel to Dansadau town.

The bandits began their attacks on the highway to cut the supply of essentials to the town, in reprisal for the ban by residents on the sale of foodstuff and essential commodities to cattle herders.

How the peace dialogue was initiated

A traditional leader, Mustapha Umar, who holds the title of ‘Wazirin Dansadau’, told PREMIUM TIMES that the community entered into the peace deal following years of bloody conflicts between farmers and herders in the area.

Mr Umar said a leader of the bandits, Ali Kacallah, initiated dialogue when he sent emissaries to Dansadau community in the first week of November.

He said the state government, which endorsed military action against the bandits after its peace deal with them failed, gave its approval to the community to explore the initiative.

The traditional ruler said they accepted the request from Mr Kacallah because the vegetation of Dansadau and distance from the local government headquarters make it vulnerable to attack by bandits. The area sits at the edge of a forest of ungoverned boundaries with Katsina, Kaduna, Kebbi and Niger states.

“Dansadau to Gusau is 97 kilometres but Dansadau to Maru, our local council headquarters, is 145 kilometres with only one access road,” the traditional ruler said.

He said the community realised it could not wait for the government to secure the area and thus agreed to engage the bandits in dialogue if it would bring about peace.

“We agreed on certain issues which include, from the side of the farming communities, to lift sanctions on the herder communities and allow them to enter Dansadau town to buy what they need without fear of being attacked by vigilante groups.

“However, any herder who enters Dansadau town with arms and the intention to steal or kidnap would bear the consequences of his action. This is part of our peace deal with them,” Mr Umar said.

The traditional ruler said the bandits on their part agreed to stop attacks on the Gusau-Dansadau highway and allow people to harvest their farm produce without fear of being attacked.

“Kidnappings, attacks, killings of residents in farms and any location in Dansadau would stop. All these we agreed on and for over two months now there has been no such incident in the district,” he said.

The aftermath of peace dialogue

Mr Umar said residents no longer need security escorts to move between Gusau and Dansadau since the peace deal was sealed. “Residents now ply the road day and night without fear of attack,” he said.

“They (bandits) freed some of the kidnapped victims including some children that they kidnapped in July last year. We are witnessing an improved peacebuilding process and day by day things are getting better. We are optimistic that the situation will continue,” the traditional ruler said.

“Herders are again patronising shops in Dansadau town and farmers are also going to their farms and even staying late into the night without being kidnapped,” Mr Umar added.

“There is jubilation in Dansadau because we have witnessed a long period without attack,” he added.

However, Mr Umar said a lone incident of killings was recorded in the area on December 18 when some residents were repairing a bad portion of the Dansadau-Gusau road.

He said herders had joined the Dansadau community in contributing money for the repairs, to show their seriousness on the peace deal.

“However, while on the field, some vigilante members among the volunteer workers intercepted a motorcycle carrying some herders. One of the herders escaped and ran off to report to his kinsmen. They came on motorcycles and opened fire on the gathering, killing three people.”

“That incident brought a setback but the bandits’ leaders were made to understand that the attack on the herders was not intentional and the persons involved were queried. We have since continued to live in peace with them,” the traditional ruler said.

The state’s commissioner for security affairs, Mamman Tsafe, told PREMIUM TIMES that the state government has ruled out dialogue with the bandits but said communities can do so.

Mr Tsafe said cooperation between the security agencies and Dansadau community contributed to the peace the district enjoyed over the last two months.

“Residents are no longer taking the law into their hands which had usually resulted in reprisal killings,” the commissioner said.

“Although, Zamfara Government has ruled out dialogue with the armed bandits, we cannot stop community-based efforts by people who are at the receiving end. However, we counsel them on the grey areas to ensure that the animosity that existed between them are stopped

“We urged them not to take the law into their hands and they are heeding to that advice. They are also consulting us for counselling. The efforts are community-based so everybody is involved,” Mr Tsafe said.

Naira bounces back after record fall