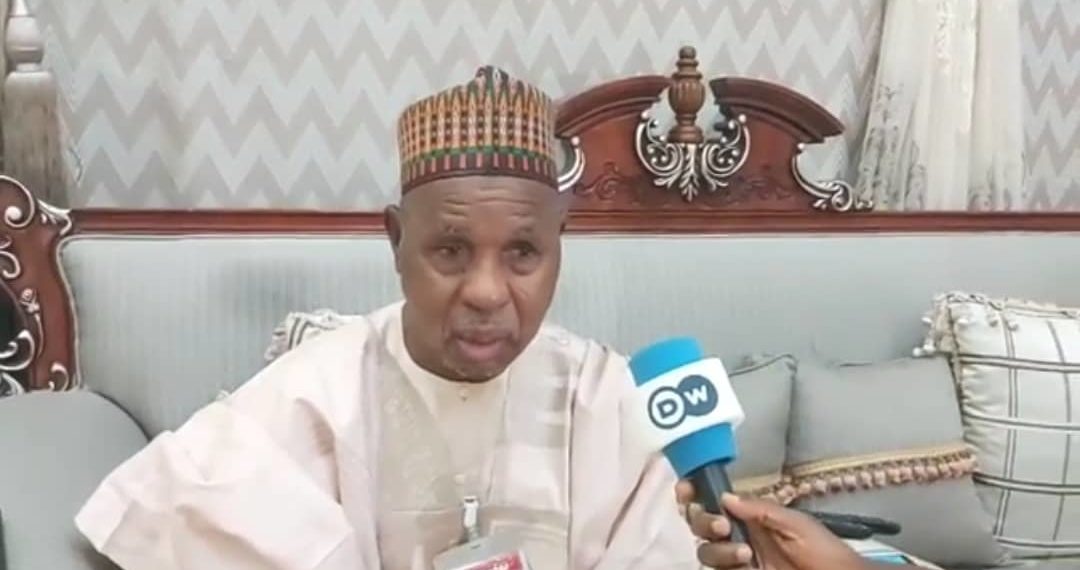 Governor Masari asks residents to buy guns to defend themselves against bandits.

The Katsina State Governor, Aminu Masari, has called on residents of the state to arm themselves and confront bandits because security officials alone cannot tackle insecurity in the state.

Katsina, like other North-west states of Zamfara, Kaduna, Sokoto and Kebbi, has witnessed incessant attacks by terror groups.

Hundreds of people have been killed or kidnapped in Katsina this year with thousands more displaced from their homes.

Speaking during a media parley with journalists at the Muhammadu Buhari House in Katsina, Mr Masari said the number of security personnel is not enough to tackle the situation.

Mr Masari said the state government would help those who plan to own arms with the view to help bring an end to banditry.

“We’ll support those who come with the initiative to procure arms because residents need to also complement the efforts of security agencies. These people (security agents) don’t have the number to protect the people. When President Buhari came, he even tried by increasing the number of our security agents but it’s inadequate. Count it yourself, how many policemen do we have in this country? How many soldiers do we have?

“Even if we say every policeman should go back to his home state, it’ll still not be enough. So, if we fold arms and decide to do nothing, we’ll be the ones to suffer most,” he lamented.

Mr Masari said the police would register all guns bought by the residents to ensure they are put to the right use.

The governor also said that the next president of the country should come from the south.

“I still believe that, from my personal opinion as Aminu Bello Masari, until such a time when we have stable polity, I think rotation or shifting power from time to time will help consolidate our confederation. I support that and I still maintain my stand and I have the constitutional right to make such comment,” he said.

Mr Masari’s party, APC, has not adopted power shift or rotation of the presidency in its laws. While some leaders of the party support power shift, others are against it.

Should rotation of the president’s office be adopted, then President Buhari, who is from Katsina State, would be succeeded by someone from Southern Nigeria.