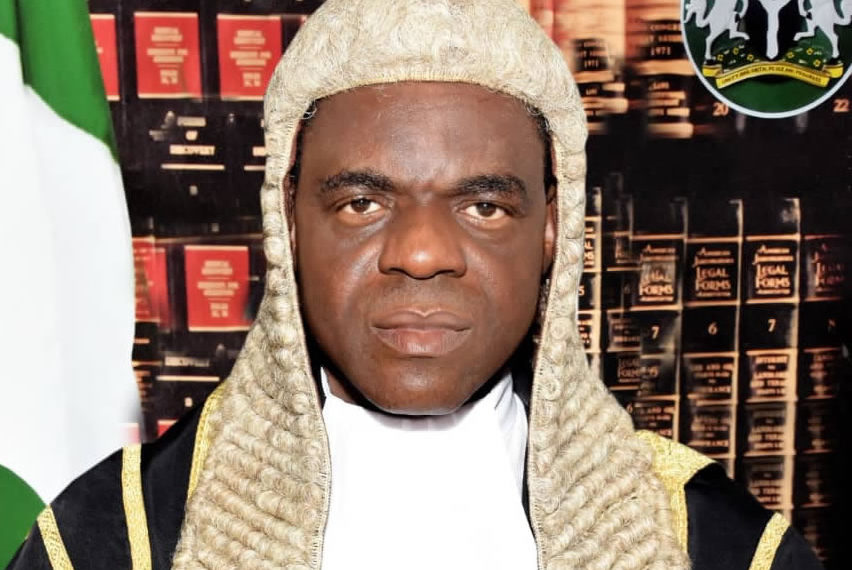 With 75 judges currently on its bench, it means each judge, on the average, has over 1,700 cases to handle.

The Federal High Court currently has over 128,000 cases in its dockets across its divisions nationwide, the Chief Judge of the court, John Tsoho, said on Thursday.

With 75 judges currently on its bench, it means a judge on the average has over 1,700 cases to handle.

Mr Tsoho who spoke during the the special court session to mark the commencement of the Federal High Court’s new 2021/2022 legal year in Abuja, acknowledged how loaded judge’s dockets had become since the COVID-19 pandemic was brought under control last year.

While giving a breakdown of cases on the court’s docket, the Chief Judge said, “The 2020/2021 legal year officially closed in July, 2021.

He noted that after the improvement in the control of the coronavirus, “more and more cases were filed and the dockets of the judges became enormously loaded.”

Mr Tsoho, however, assured that with the appointment of new judges almost completed, “the problems would be tackled headlong.”

He restated his “resolve to enhance effective administration of justice, welfare of judges and staff.”

To actualise the goal, he said, “several practice directions were issued to ensure seamless and robust administration of justice.”

He said despite the low budgetary allocations to the judiciary and the Federal High Court in particular, “the training and retraining of judges and staff have continued.”

Meanwhile, the Body of Senior Advocates of Nigeria (BOSAN) says virtually all of Nigerian states’ structures of accountability have collapsed.

It said democracy has not delivered equal opportunities for all Nigerians as no one is accountable.

A former Attorney-General of the Federation and Minister of Justice, Kanu Agabi, spoke on behalf of BOSAN at the Federal High Court event on Thursday.

Mr Agabi, a Senior Advocate of Nigeria, said judges should not be blamed for the many social ills plaguing the country.

“It is not the fault of our judges that democracy has not yielded equal opportunities for all Nigerians,” he said.

Mr Agabi queried, “What can the judiciary do when in virtually all our states the structures for accountability have been set aside and no one is accountable?”

Mr Agabi advised judges against becoming instrument in the hands of politicians.

“This is a time of high politics in our country,” he said, adding, “The judiciary must ensure that it does not become an instrument in the hands of politicians.”

The event witnessed the commissioning of the Chief Judge’s retroffited court.

JITPO is the NJC’s policy aimed at laying a “nationwide soft infrastructure to enable the emergence of a justice sector electronic ecosystem to automate and enhance justice delivery by leveraging technology,” Mr Zannah explained.

“This court is one of the nine courtrooms of the federal courts retrofitted by the NJC across the nation,” he said, while demonstrating the virtual connectivity of the CJ’s retrofitted courtroom with the Kuje correctional centre in Abuja.

With the electronic gadgets installed in the courtroom, inmates at the Kuje prison can attend their trials from the detention facility, thereby eliminating the hassles that are associated with conveying defendants to court.

Several criminal cases have had to be adjourned on account of logistical issues with inmates transportation.

Mr Zannah also chairs the Judicial Information Technology Committee of the NJC, a body saddled with the responsibility of providing the technical know-how of deploying technology in conducting court proceedings in Nigeria.

Nigerians, Ivorians, Malians require about a week’s worth of work to afford data — Report