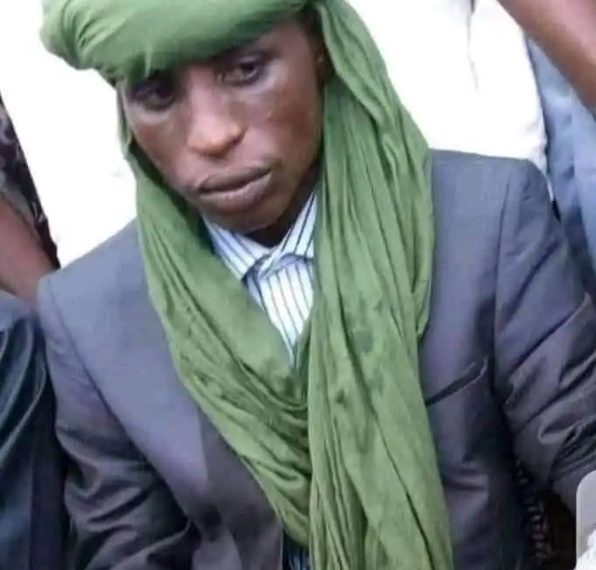 The about 14-minute long song was rendered in Hausa by a man who identified himself in the song as Adamu Ayuba with the female chorus hailing Mr Turji as a hero among heroes.

A song celebrating notorious kingpin of banditry, Bello Turji, is trending in northern Nigeria to the indignation of many residents who have suffered from the ongoing atrocities of bandits in the regions.

Mr Turji, from Shinkafi in Zamfara State, is believed to lead gangs terrorising communities in Sokoto, Zamfara, and parts of Niger Republic.

The gangs are responsible for the killings and displacement of hundreds of residents. A signature act of the gangs was the December 6 massacre of travellers who were burnt alive in the bus in which they were commuting in Isa Local Government Area of Sokoto State.

The about 14-minute long song was rendered in Hausa by a man who identified himself in the song as Adamu Ayuba with the female chorus hailing Mr Turji as a hero among heros.

Last week, the Gobir Community Development Association (GCDA) through its leader, Ibrahim Alhassan, wrote an open letter to President Muhammadu Buhari over the fate that has befallen the area.

The group said bandit Mr Turji has usurped the authority of the federal, state and local governments, the Sokoto Sultanate, the Shinkafi Emirate in Zamfara State and all the district and village heads under them.

The group said Sabon Birni, Goronyo and Isa LGAs in Sokoto State and Shinkafi LGA in Zamfara State are now under Mr Turji’s firm control, with his troops kidnapping and raping at will. “He blocks roads, sacks markets, seizes food and any material he fancies, and kills anyone who resists,” the letter to Mr Buhari reads in part.

“He sacks village heads and appoints his own village heads. He levies taxes on communities.If any village fails to pay the levies, Bello Turji visits it with instant and merciless attack, kills anyone he can find, including women and children.

“On Tuesday last week, this bandit carried out one of his most heinous acts yet. His goons stopped a bus that left Sabon Birni for Gusau, set it ablaze and burnt 23 people alive. His men stood guard around the bus while people were roasted.

“There is no farming, no traveling and no markets. The biggest problem we are facing today is that you are in your house and terrorists come and abuse you in front of your family. And all the communities that I told you about are taxed, and they have paid. But even though they have paid, they have not found peace,” the group said in the open letter.

Abba Ya’u, a Kano resident, described as shocking the song released in praise of Mr Turji, adding, “that has exposed the complicity in the fight against banditry in the area.

“How can a rational thinking person sing a song for a bandit who is causing mayhem, killings innocent people. To be frank with you, our people are not serious.

“This banditry will only come to an end when the community wants it to end because it is a community-based issue,” Mr Ya’u said.

Another Kano resident, Abbdullahi Kausi, also said the government is handling the issue with a kid’s gloves, which he said has forced some residents to be supporting the bandits in return for protection.

Mr Kausi said somebody singing a song for Mr Turji, a renowned killer, shows that the problem is community-based and people need to wake up and tackle it at the community level by identifying those abetting banditry.

“The federal government must ensure local government autonomy by bringing the government closer to the locals with full financial autonomy. That will alleviate the suffering at the grassroots and help in tackling the issue of banditry,” he said.

Abubakar Danhausa, another respondent in Kano, called for the arrest of the singer. “He must be arrested and treated as a bandit, he most have been one of their informants.”

“Late Mamman Shata is a popular musician in the north. He sang many songs for many people but he never sing for a person he did not know because most of them normally gave him money in appreciation

“So also, this man singing for a criminal gang leader knows him, he need to be arrested,” Mr Scorer said.

Nura Habib, a tailor in Kano, said the singer was emboldened because the government is reluctant in tackling the issue. He said that was making some people to be aligning with the bandits.

“If the government does not take this seriously, the worst is coming. Many innocent people will side with the criminals because they have no alternative,” Mr Habib warned.