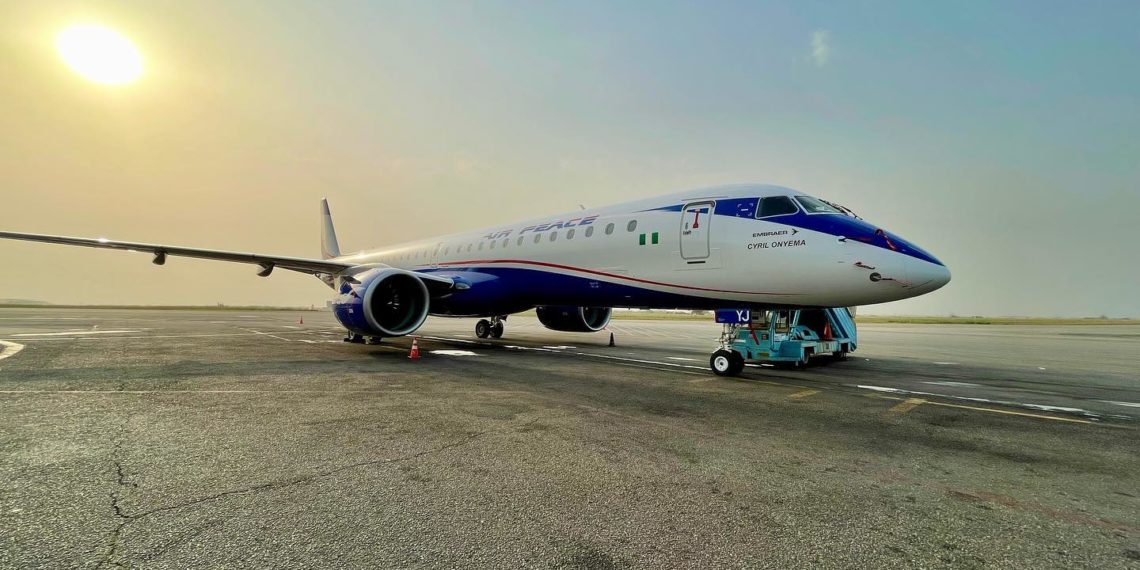 The matter has threatened diplomatic relations between Nigeria and the UAE, and Nigeria’s Air Peace wants an apology.

Nigerian airline, Air Peace, has rejected claims made by aviation authorities in the United Arab Emirates, on why the country decided to deny it flight slots in the Middle-East country.

The UAE’s General Civil Aviation Authority had on Friday described Air Peace’s request for three slots instead of one it was given at the country’s second busiest airport, Sharja Airport, as “unreasonable”. It advised the airline to make up for the shortfall with flights to any other airport in the country that has available slots.

Earlier, Dubai-based Emirates suspended all its flights to Abuja and Lagos after the Nigerian government retaliated against the UAE’s treatment of Air Peace and cut Emirate’s slots from 21 to one.

The matter has threatened diplomatic relations between the two countries, and on Friday UAE’s General Civil Aviation Authority said Air Peace pulled out of Sharja Airport and should not expect to retain its flight frequency there.

“Air Peace initially operated at Sharja Airport, shifted to Dubai Airport and then returned to Sharjah airport. It would be unreasonable for an airline to expect any airport to maintain their slots when they ceased operating at that airport,” it said in a letter to Nigeria’s aviation minister, Hadi Sirika.

“In this regard, we wish to kindly advise you that Sharjah Aiport is currently operating at 140% slot, but with goodwill and tremendous effort on their side, this airport was able to accomodate Air Peace with 1 of the 3 slots this airline requested.

“The GCAA wishes to stress that the action being taken by the NCAA is obviously not in line with the spirit of the agreed air services arrangements between our two Nations. As we are both aware, the relations between our two brotherly countries are vintage, one hallmark being the recent visit of the President of Nigeria to the UAE, which certainly ignored the status of these positive relations.

“Finally, we suggest that Air Peace should consider flying their two other flights to any UAE airport at which there are available slots. As expected, the GCAA will support Air Peace in this activity, if required.”

Air Peace denounced the UAE’s claims, and accused its officials of falsehood. The airline, in a letter on Saturday, demanded apologies and a retraction.

The Honourable Minister of Aviation,

RE: AIR TRANSPORT RELATIONS – THAT LETTER TO YOU FROM UAE – A DELIBERATE FALSEHOOD

Our attention has been drawn to a letter written to you by the UAE Minister of Economy who also doubles as the Chairman of their GCAA. The said letter is dated December 10, 2021and referenced GCAA/C/29-2.

The said letter is now in the public domain and has gone viral hence our decision to write you and place the true and unassailable facts on record.

Sir, we wish to state that Air Peace, as a responsible corporate citizen of Nigeria, has utmost and unflinching respect for the exalted office of the UAE Minister of Economy and nothing will ever distract from that.

However, we take very serious exception to that letter. We believe that the Minister and the Chairman of the Board of the GCAA may have been misinformed of the true position of the issues in discourse as no one in such an exalted position and office would deliberately push out such untrue statement. He has our respects, but his letter has misinformed the public about the real facts against us.

We do not see what wrong Air Peace has done in this whole saga. We are the ones being wronged and now we are being attacked from a quarter we least expected.

In aviation, there are things one cannot lie about. Operating into and out of an airport is one of them. When did such flight operations occur? Which slot did we operate? For an airline to conduct scheduled operations into and out of an airport, there are agreements signed with several parties, executed, and implemented. There is need for the authority to provide the Ground Handling Company that handled the scheduled operations in Dubai Airport (DXB) for Air Peace.

Air Peace has only operated flights into Sharjah Airport alone. The letter went further to deliberately damage our perception in the eyes of the unsuspecting public by stating “it would be unreasonable for an airline to expect any airport to maintain their slots when they ceased operating at that airport”!

Sir, Air Peace has never been given slots at the Dubai International Airport. Slot availability was used to deny us operating from that popular airport as it was our first choice.

It was the politics of slot unavailability that did not allow us to operate into Dubai Airport directly. The lack of flight slot angle forced us to approach the Sharjah Airport as a last resort. We were welcomed by the government and people of Sharjah.

We only asked for three flights weekly at the Sharjah Airport and we got same and started operations on the 5th of July, 2019 until Covid-19 lockdowns in 2020. Contrary to the letter, Air Peace never ceased operating from Sharjah International Airport since we started in July 2019.

We only stopped when every other airline was forced to stop normal scheduled flight operations as a result of the Covid-19 lockdowns that permitted only evacuation flights.

We did several evacuation flights out of Sharjah. So, we never left Sharjah Airport nor did we at any time “shifted” and operated out of DXB (Dubai Airport). The letter deliberately painted us as unserious while at the same time, suggesting that we look for other airports in the country to operate from.

After the restriction of scheduled flight operations between UAE and Nigeria was lifted towards the last week in November 2021, we approached the Sharjah Airport and GCAA with a request to allow us to operate a charter into the UAE on December 01, 2021.

To our surprise and, despite the lifting of the ban on flight operations between both countries, they refused. They said they would not allow charter but scheduled flight operations. However, we then, in obedience to their demand, announced resumption of scheduled operations beginning from that date and we opened our sales to the public. Three days to departure, they were yet to approve the flight.

They came back 48hours to our expected departure to UAE denying us slot to operate the flight. When we pressed on, they told us that they would accept us only if we did not bring a wide body aircraft but a small one. We had 250 passengers to transport and using a small aircraft as they suggested was impossible.

It took your intervention and that of the Presidency before they approved that we come in on the said December 1st but not without another unfair order. We were told that we must land at 9.00am their time, not before 9.00am and not after 9.00am. Unbelievable! On our request to continue with the scheduled operations after this present flight, we were turned down using lack of slot as excuse.

Meanwhile, Emirates had started operating three flights daily into Nigeria while Air Peace was totally turned down! You would recall Sir, that you mounted serious pressures on them urging them to see reasons, but they never bulged. Then, at your threat of going to stop them if Air Peace was not allowed a meagre three flights weekly, THEY QUICKLY DID THE UNTHINKABLE. THEY GAVE US ONE FLIGHT ONLY PER WEEK!

They also added that it must be operated only on Thursdays at a time that they chose themselves. No one would patronise an airline doing only one flight a week to a destination where one has the option of another airline doing 21 flights a week to the same destination. This is not about Air Peace alone but about our dear country Nigeria that has been massively disrespected by these intrigues.

We reiterate that there was never a time did we ever operate at Sharjah and stopped, shifted to Dubai Airport, then returned to Sharjah again as the letter stated. Honourable Minister Sir, we deserve and demand a retraction and an unreserved apology from the author of that letter.

We do not want to join issues in the public space with them as it is unhelpful to both countries. To this end therefore and, for the fact that this falsehood contained in the said letter has painted us in bad light and gone viral, even though the UAE Minister of Economy may have been misinformed by his aides, we, still, and humbly demand a retraction of the offending accusation of “stopping, shifting and returning” and an unreserved apology tendered to Air Peace.

We thank you for standing up for our dear nation.

Yours Faithfully, FOR: AIR PEACE LIMITED