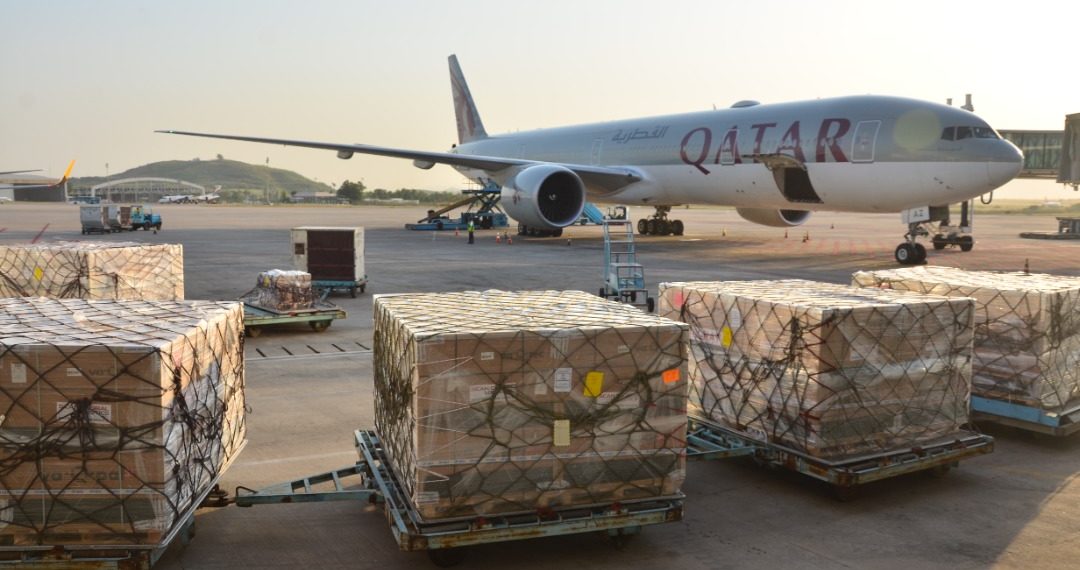 Some of the donated vaccines brought into Nigeria on Monday

Although Reuters reported that 1 million doses have gone to waste, an insider who spoke anonymously Wednesday morning with PREMIUM TIMES for fear of victimisation, said the figures were exaggerated.

The Nigerian government has confirmed the report of the expiration of doses of vaccines supplied to the country, blaming the development on the short-shelf lives of the vaccines.

In a statement personally signed by the health minister, Osagie Ehanire, and dated December 8, 2021, the government said the expired vaccines had been withdrawn and will be destroyed by the National Agency for Food and Drug Administration and Control (NAFDAC), the country’s agency in charge of drug and foods standards.

The minister, however, failed to confirm the number of the expired vaccines or their brand.

But sources familiar with the vaccine management in Nigeria confirmed to Reuters that the expired doses were of AstraZeneca (AZN.L) brand and delivered via COVAX, the dose-sharing facility led by the GAVI vaccine alliance and the WHO.

Although Reuters reported that 1 million doses have gone to waste, an insider who spoke anonymously Wednesday morning with PREMIUM TIMES for fear of victimisation, said the figures were exaggerated, but confirmed some doses expired in November.

Amidst the biting consequences of vaccine scarcity being experienced in Africa, about one million COVID-19 vaccines are estimated to have expired in Nigeria in November without being used, Reuters reported on Wednesday.

According to WHO, only about four per cent of Nigeria’s estimated 206 million population have been fully vaccinated.

Another source with knowledge of the delivery said some of the doses arrived within four-to-six weeks of expiry and could not be used in time, despite efforts by health authorities.

A count of the expired doses is still underway and an official number is yet to be finalised, the sources said.

“Nigeria is doing everything it can. But it’s struggling with short shelf life vaccines,” one told Reuters. “Now (supply is) unpredictable and they’re sending too much.”

A spokesperson for the National Primary Health Care Development Agency (NPHCDA)- the body responsible for vaccinations in Nigeria- told Reuters, the number of vaccines received and used is still being tallied and it would share its findings in the coming days.

The WHO said doses had expired, but declined to give a figure. It said 800,000 additional doses that had been at risk of expiry in October were all used in time.

“Vaccine wastage is to be expected in any immunisation programme, and in the context of COVID-19 deployment is a global phenomenon,” the WHO said in a statement responding to Reuters’ questions. It said vaccines delivered with “very short” shelf lives were a problem.

Nigeria’s vaccine loss appears to be one of the largest of its kind over such a short time period, even outstripping the total number of vaccines that some other countries in the region have received.

Across Europe, countries including Germany and Switzerland have struggled to maximise the use of doses.

In January, officials in Britain forecast wastage of about 10 per cent of vaccines.

In April, France’s health minister told local media that 25 per cent of AstraZeneca, 20 per cent of Moderna (MRNA.O) and 7 per cent of Pfizer (PFE.N) vaccines were being wasted at the time.

The minister said the solution to the challenge of vaccine expiration is local manufacturing of vaccines, adding that such belief informed the commitment of the Nigerian government to strengthen partnership with relevant private sectors towards achieving the target.

“This dilemma is not typical to Nigeria, but a situation in which many low- and medium-income countries find themselves,” he said, adding that donation of surplus COVID-19 vaccines with expiring shelf lives to developing countries has been a matter of “international discussion”.

“Nigeria has utilised most of the over 10 million short-shelf-life doses of COVID-19 vaccines so far supplied to us, in good time, and saved N16.4 billion or more than 40 million dollars in foreign exchange,” the minister said

In order to prevent the recurrence of such an event, he said Nigeria needs to produce its own vaccines, so that vaccines produced have at least 12 months to expire.

“This is why the Federal Ministry of Health is collaborating with stakeholders to fast-track establishment of indigenous vaccine manufacturing capacity. This is a goal we are pursuing with dedication,” he said.

Meanwhile, the minister said the ministry had communicated the challenge of short shelf lives and “some manufacturers offered to extend the vaccine shelf life by three months, a practice that, though accepted by experts, is declined by the Federal Ministry of Health, because it is not accommodated in Nigeria’s standards.”

Mr Ehanire noted that Nigeria received vaccine donations “mainly from European countries, who have offered us doses of COVID-19 vaccines out of their stockpiles, free of charge, through COVAX or AVAT facility.”

Meanwhile, Nigerian professionals in diaspora have described the hurried shipping of nearly expired doses of vaccines to Africa as a “symptom of vaccine racism”.

The Public Relations Officer, Nigerians in Diaspora Organisation (NIDO) Americas USA, Yinka Tella, said, “It is the same cynical attitude that is driving the selective banning of African countries from Western capitals on account of the Omicron variant which has now been identified in more than 50 countries around the world.”

Berating the country, Mr Tella said Nigeria “does not take itself seriously considering the enormous resources at its disposal.”

“NIDO does not blame the West for how they treat Nigeria… if we are tired, we need to come up with a better paradigm as a people,” he said, adding that; “Nigeria cannot continue to rely on foreign benevolence in virtually all sectors of life.”

Also reacting to the development, Nigeria’s foremost Virologist, Oyewale Tomori, said, “If this is happening, then we are in trouble. We do not have enough and we are wasting.”

“On second thought, the NPHCDA is asking us to come for boosters when we have barely vaccinated five per cent of our population.”

Speculating, Mr Tomori said the fear of losing the vaccine might be the reason why citizens are being invited to take booster shots.

He further urged the NPHCDA to be more transparent about vaccination information like their counterparts in other countries.

He added; “It is a terrible indictment on us as a nation and on the government, if it is true. But we do not need to panic but to strategists on how to utilise what we have left.”

According to Mr Kolawole Oladipo, Head of Department, Microbiology, Adeleke University, Osun State, vaccine wastage is always expected during immunisation due to some factors like the logistics, the shelf-half-life of the vaccines, among others.”