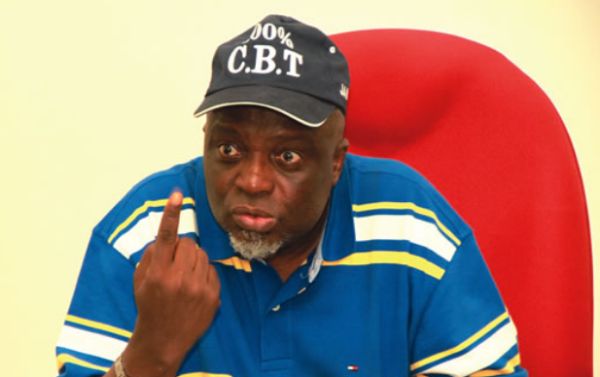 “...the money is being ploughed back to the government to fund the recklessness and profligacy of the government officials and functionaries,” an ASUU official said.

The Joint Admissions and Matriculation Board (JAMB) said it has remitted N3.51 billion to the federal government as operating surplus for 2021.

A statement issued by the examination body and signed by its head of public affairs and protocol unit, Fabian Benjamin, noted that the remittance “is in line with Prof. Is-haq Oloyede’s avowed commitment to prudent management of public resources.”

But a top official of the Academic Staff Union of Universities (ASUU), the umbrella organisation for all university lecturers in Nigeria, has described the JAMB’s ‘conduct’ as a reflection of the ‘exploitation’ of the people by the Nigerian government.

The coordinator of the Lagos zone of ASUU, Laja Odukoya, who spoke with our reporter on the phone on Wednesday after JAMB’s announcement, said “Nigerians must see behind the smokescreen of what is regarded as performance by the examination body, and take it for what is truly called, exploitation”.

JAMB said since 2016 when the new leadership of the examination body began to remit excess funds to the government, the practice has continued till date.

The statement reads in part; “This commitment to probity coupled with the adoption of international best practices make for cost-effective operational processes and attendant savings to yield those humongous remittances to government coffers. This has been the norm rather than the exception in the last six years beginning from 2016 when he (Oloyede) remitted the whopping sum of N7 billion and repeated the same in subsequent years.

“It is pertinent to note that one of the direct benefits of the sustained remittances by the Prof. Oloyede-led management manifested in the reduction of the cost of the application documents (UTME and DE) by candidates from N5000 to N3500 in 2018 by President Muhammadu Buhari. This singular act has ensured the annual transfer of over N3b to the pockets of parents and guardians of candidates as a consequence of the slash in the price of UTME forms.”

It said JAMB under the current leadership would continue to prune down the cost of governance and “release resources for other needy national prioritised areas.”

But in his reaction, the ASUU zonal coordinator said what JAMB is doing “is to exploit the poor Nigerians for the benefit of government officials”, who he accused of being reckless in spending.

Mr Odukoya said, “The question we should ask is, where is the money coming from? And where is it going? The money is equally not going back to the institutions that require it for infrastructural upgrade to make them globally competitive, and as a make-up for the exploited Nigerian students. It should have been pardonable if the money is coming back to the school system but rather, the money is being ploughed back to the government to fund the recklessness and profligacy of the government officials and functionaries.

“And it is so sad that many Nigerians are praising this conduct of JAMB and tagging it as a brilliant performance. But I think the people need to sit well and look closely behind the smokescreen of this thing called performance. It is mass exploitation in disguise.”

Asked if he would suggest that the unified tertiary matriculation examination (UTME) which JAMB conducts should be conducted for free to avoid the remittance, Mr Odulaja said he would rather suggest that “what should be charged should only be moderate to cater for what the examination body needs”.

“There should be a cost for the examination but it should simply be the cost of what the examination body is doing. You cannot be making profit from the poor people who are suffering to get education, and are not even sure of opportunities after they struggle to be educated. Education must be seen as a public good and that is why we must struggle against its commercialisation in any form. The benefit of education does not come to the students, it comes to the society because we are in an age of knowledge economy,” Mr Odulaja, a lecturer at the University of Lagos (UNILAG), Akoka, said.