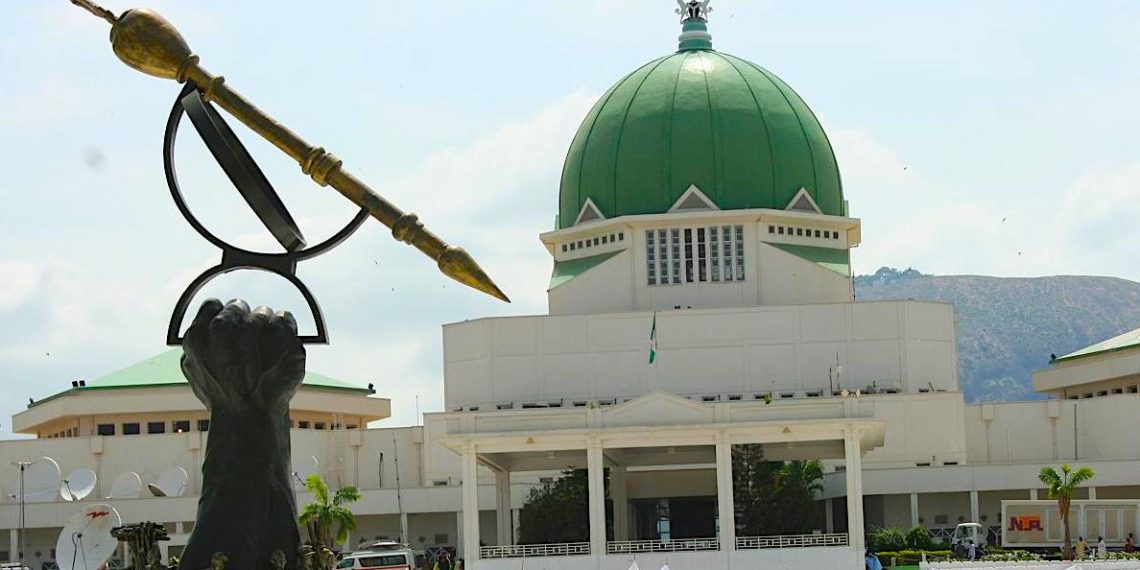 Pandora Papers: Inside the secret assets of a Nigerian lawmaker, and how he serially broke the law

But apart from his record-making stay in parliament, Mr Mutu, who represents the Bomadi/Patani Federal Constituency in the oil-rich but poverty-stricken Delta State, has also been in the news over fraud-related allegations.

On February 3, 2020, the Economic and Financial Crimes Commission (EFCC) arraigned him at the Federal High Court in Abuja for alleged fraud and abuse of office. The case is ongoing.

Mr Mutu’s problems with the law is about to get bigger. A PREMIUM TIMES investigation has now unveiled him as a serial violator of Nigeria’s Code of Conduct Bureau and Tribunal Act that forbids public office holders from engaging in or directing private businesses, except farming, while in office.

Our investigation also revealed how Mr Mutu set up an offshore company in Seychelles, a tax haven, to secretly purchase a London property valued at N566 million.

Details of the lawmaker’s secret London property was obtained as part of the Pandora Papers investigation, a massive leak from firms that specialise in setting up offshore companies in tax-haven territories such as the British Virgin Islands and Panama. 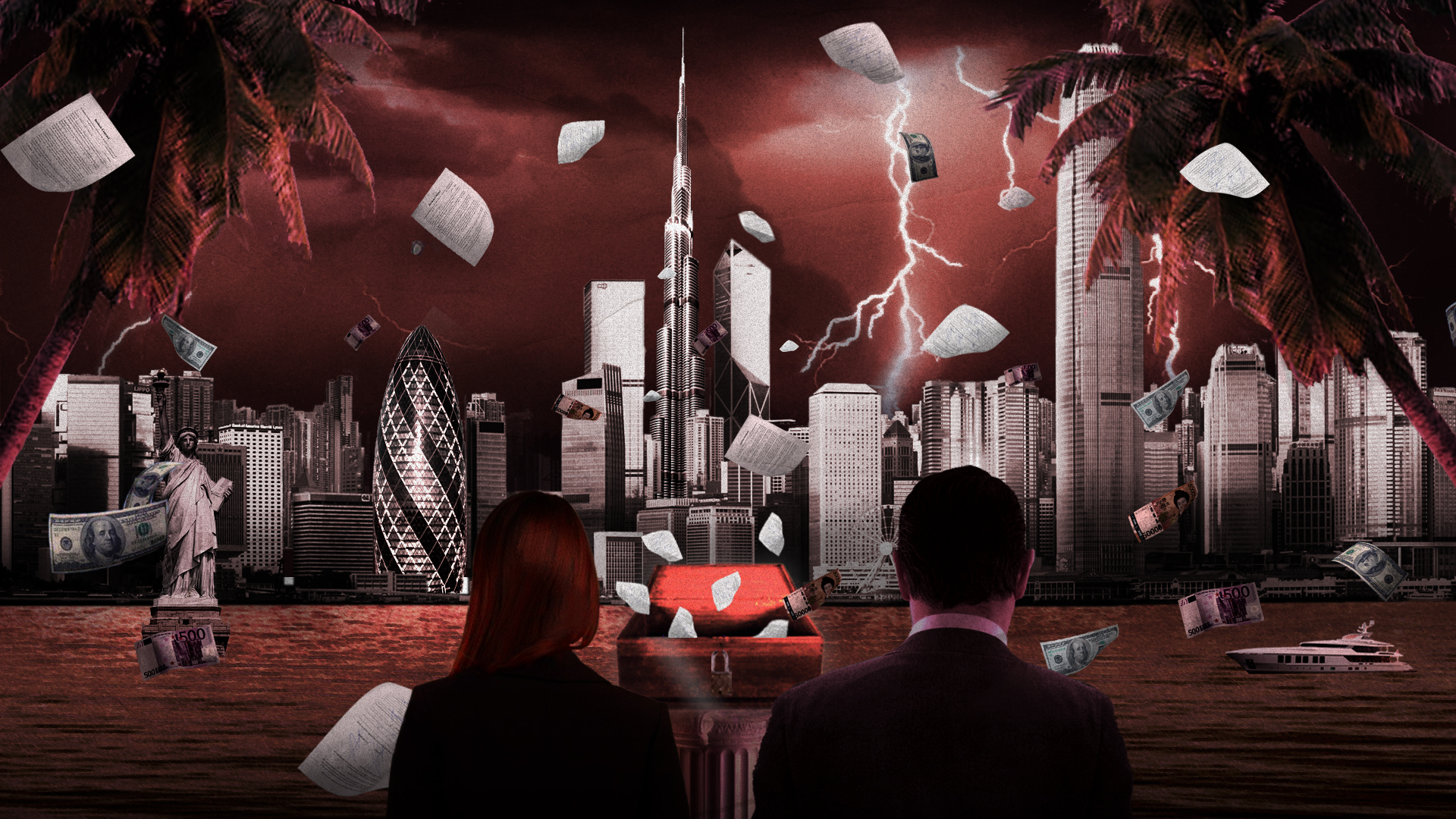 The Pandora Papers project, the biggest cross-border collaboration of journalists in history, is an investigation into a vast amount of previously hidden offshore companies, exposing secret assets, covert deals and hidden fortunes of the super-rich – among them more than 130 billionaires – and the powerful, including more than 30 world leaders and hundreds of former and serving public officials across the world.

The leaked records came from 14 offshore services firms from around the world that set up shell companies and other offshore jurisdictions for clients who seek to conceal their financial activities, some of which are suspicious and criminal.

Mr Mutu and his London property

According to records held on file by Alemán, Cordero, Galindo & Lee (Alcogal), an offshore law firm, Mr Mutu, in 2010, while a lawmaker, incorporated the Forest Group of Company in Seychelles.

In 2012, this offshore company bought a property in north London for £620,000.00 and sold it in 2014 for £730,000.00, approximately N566 million using the parallel market rate of N775 to a pound, according to U.K. Land Registry records. There is no evidence that Mr Mutu declared this asset to Nigerian authorities as demanded by law.

In a brief telephone call, the lawmaker claimed he was never a director of the offshore company, that it was owned and controlled by his wife and not by him, and that it had never owned any UK property.

But his claims are false as they are at odds with documents from the UK Land Registry and the Pandora Papers, which combined to properly document him as director, shareholder and beneficial owner of Forest Group of Company. The documentation include a copy of his passport which he voluntarily provided to his secrecy provider as part of an extensive due diligence requirement.

It is not illegal to secretly buy British properties using anonymous offshore companies. But under Nigerian law, public officials — including parliamentarians — must declare “all properties, assets and liabilities” to the Code of Conduct Bureau (CCB).

As asset declarations by Nigerian officials are not public, PREMIUM TIMES and Finance Uncovered could not determine if Mr Mutu included the north London property he owned between 2012 to 2014 in his asset declaration disclosures. The lawmaker declined to provide evidence he did so despite requests by reporters.

But the Code also prohibits public officials from maintaining or operating any foreign bank accounts. When Mr Mutu was asked whether he used any non-Nigerian bank accounts to transact in the UK property and whether he declared them, he did not respond. 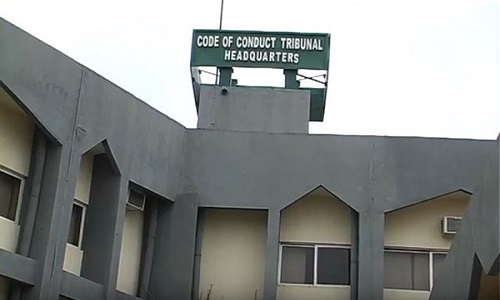 If found to be in breach of asset declaration law by the Code of Conduct Tribunal, public officers face a range of sanctions including “vacation of [their] seat in any legislative house” as well as disqualification from “holding any public office for a period not exceeding ten years”.

Mr Mutu declined to receive written questions unless they were delivered personally to his office. He later sent a confrontational SMS, claiming to have unmasked the journalist who contacted him as an agent of his political rival.

“I have found you,” he wrote. “You work for my political opponent [name withheld for legal reasons]. You don’t have any dignity. Shame.”

Mr Mutu and his directorship in multiple companies

On October 27, 2003, just six months after he was sworn in for his second term as a member of the House of Representatives, Mr Mutu set up Forest Group of Company Limited with registration number: RC 497907.

In flagrant disregard of Section Six of the Code of Conduct Bureau and Tribunal Act, Mr Mutu was listed as director of the company. Other directors are Blessing Mutu, his wife (also charged by the EFCC), Faith Agbede, Isaac Enifome Azeza, and Rapheal Ebomo.

Also listed as directors and shareholders of the company are three other companies – Gracious Access Limited, Seem Trust Limited and Mutabless International Ltd.

A further search of the registration details of the listed companies revealed that Mr Mutu is a director in all three companies. Our finding revealed that two of the companies were set up after Mr Mutu had become a public office holder. However, one of the companies, Mutabless International Ltd, was set up in 1998 just before Mr Mutu was elected member of the House of Representatives.

Seem Trust Limited, with registration number 394580, was set up on 31 October 2000 just over a year after he was elected to the lower legislative chamber. Mr Mutu, with perhaps two of his relatives – John Mutu and Seigha Mutu listed as directors of the company.

Gracious Access Limited was set up in May 2001 with registration number 410184, about six months after Seem Trust Limited with Mr Mutu listed as director. Other directors of the company are Blessing Mutu, Benjamin Ogbalor, and Afonibe Wendy Ogbalor.

Mr Mutu did not respond to requests asking for comments about his directorship of these companies.

Between 2009 and 2019, Mr Mutu chaired the house committee responsible for oversight of a federal agency called the Niger Delta Development Commission (NDDC), charged with “offering a lasting solution to the socio-economic difficulties of the Niger Delta”.

In early 2020, the lawmaker was arrested and charged with fraud and abuse of office, according to a press release issued by the Economic and Financial Crimes Commission (EFCC). He was accused of concealing N320m in payments from an NDDC contractor between 2014 and 2016, which he “ought to have known formed part of [the] proceeds of corruption”.

Mr Mutu’s trial commenced in February 2020. He has pleaded not guilty.

According to the EFCC, which began investigating a number of NDDC contracts in 2019, Mr Mutu wielded his influence as chair of the House Committee to ensure that a company which had been controversially awarded a lucrative contract to recover unpaid levies from oil and gas companies operating in the Delta was paid out by the NDDC.

Earlier on October 31, 2019, the EFCC announced it obtained an interim court order compelling Mr Mutu to forfeit N150m which the agency said was part of “bribes and kickbacks” he received from Starline Consultancy Services.

An EFCC spokesperson confirmed that Mr Mutu’s fraud and abuse of office trial has been adjourned until November 2021, and that the final asset forfeiture application is ongoing.

***Additional reporting for this story was provided by Finance Uncovered