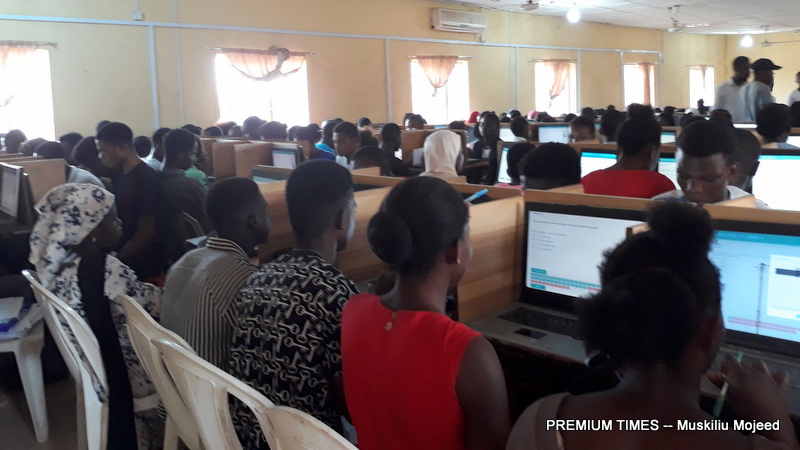 The advisory states that all applications for admissions to first degree, ND, HND, NCE including full time, part-time, distance learning, outreach, sandwich, among others must be processed ONLY through JAMB.

The Joint Admissions and Matriculation Board (JAMB) has said it would no longer condone any illegal or irregular admission conducted by any tertiary institution, warning candidates to desist from accepting admissions offered by the institutions without going through the JAMB’s Central Admission Processing System (CAPS).

The examination body gave the warning in an advisory issued to the heads of the various tertiary institutions, which was also published in its weekly bulletin.

This was a follow-up to an earlier threat of sanctions issued by the minister of education, Adamu Adamu, over what was described as the recalcitrance of some heads of institutions who allegedly continued to flout the ministerial directive on the subject.

JAMB’s advisory as captured in the bulletin reads in part; “The advisory further made it clear that the new hardline position taken by the Board was informed by the quantum of applications received for candidates for condonement of illegal admissions popularly known by candidates as ‘Regularisation’ adding that such ignoble acts would no longer be tolerated by the Board.

“The advisory further reiterated that all applications for admissions to First Degree, National Diploma, National Innovation Diploma and the Nigeria Certificate in Education into Full-Time, Distance Learning, Part-Time, Outreach, Sandwich, etc., must be processed ONLY through the Joint Admissions and Matriculation Board (JAMB).”

JAMB said institutions that may still be involved “in advertising or selling “application forms” for admissions into the programmes listed above were advised to desist forthwith.”

The advisory, therefore, urges the concerned institutions to encourage their candidates to apply to their programmes through the examination body, noting that duplication of application forms is also not allowed.

“On the other hand, candidates are to ensure that any admission issued to them by any institution is routed through the Board even before considering accepting such offers,” JAMB said.

While taking part in the 2021 admission policy meeting on August 31, in Abuja, Nigeria’s capital, the education minister accused some institutions of flouting the government’s directive.

Mr Adamu, who was represented by the permanent secretary in the ministry, Sonny Echono, said appropriate sanctions would be meted against defaulting institutions and their leaderships.

Mr Echono, who chaired the meeting on behalf of the minister, noted that the actions of the institutions usually alter the country’s statistics of admitted candidates and those not admitted annually.

He said; “It is in furtherance of the goal of safeguarding the integrity of the admission process that all institutions were told that admission made outside the Central Admissions Processing System (CAPS) is unacceptable to the system.

“It is saddening that despite the clear directives at previous policy meetings some institutions still illegally admitted candidates outside CAPS. I consider such an act as a direct affront on the system and appropriate sanctions shall be applied to those found to have been involved in such a disruptive act. Similarly, any institution that issued admission letters to candidates outside CAPS will be punished for such gross indiscipline and fraud.”

However, following what he described as a series of engagements with relevant stakeholders, the minister said there was a sharp decline in the figure in 2017, saying the country recorded only 43,852 illegal admission figures for the 2016 academic session.

However, JAMB said it never believed some institutions would still continue to go through the backdoor to offer admissions to candidates, saying the essence of harmonisation was to ensure correct statistics for better planning and that it guarantees that every qualified candidate secures admission at the right time.

Meanwhile, JAMB has said part of the consequences awaiting the candidates who fall victim of illegal admissions is that they would not be able to participate in the mandatory National Youth Service Scheme.

The programme, which is coordinated by the National Youth Service Corps (NYSC), is mandatory for qualified holders of first degree certificates and Higher National Diploma (HND) certificates who are not yet above 30 years of age.

The NYSC certificate is part of requirements for job opportunities in Nigeria and political appointees are also expected to either produce the certificate of participation or an exception, which is granted based on the condition of age.

The advisory added that; “The Board would not succumb to pressure from any quarter to clear any candidate for the NYSC or other essential needs if he/she had accepted any admission from any institution which did not follow laid-down regulations as emphasised above.

“The Joint Admissions and Matriculation Board (JAMB) and the three Regulatory Agencies: (National Universities Commission (NUC), National Board for Technical Education (NBTE) and National Commission for Colleges of Education (NCCE) will ensure that all tertiary institutions comply with this policy directive. Other professional regulatory agencies are also expected to play critical roles in sanitising the process.”

JAMB also seeks streamlining of academic standards and that durations of all non-full time studies must be maintained as approved by the regulatory agencies, noting that such programmes should not run for less than 150 per cent of the equivalence of full time studies.

“Institutions which desire to place advertisement to source for candidates can do so but they have to advise potential candidates, beginning from those who sat the current UTME (or DE candidates), to change to or pick these institutions as First (1st) Choice rather than the tortuous route of requesting candidates to purchase another application form. This, the advisory noted, would prevent the issue of double registration.”

ANALYSIS: How Solskjaer’s United were baited into trap, humiliated

Coup in Sudan, Prime Minister, others detained by soldiers