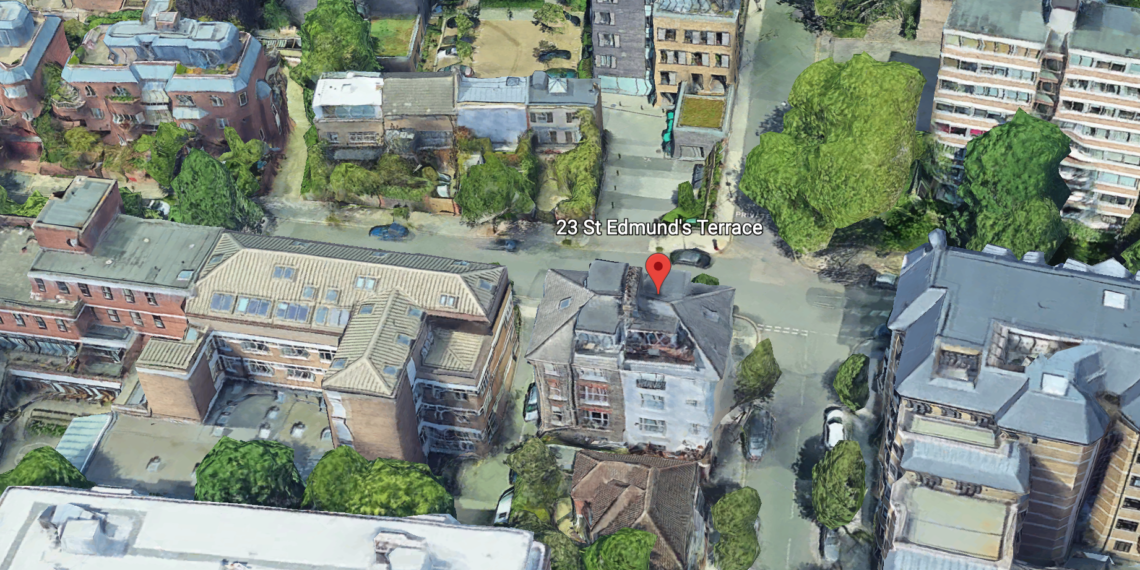 Seven London properties are connected to Ms Oduah - one in her name, two through her Nigerian-incorporated firm, and four secretly through her Seychelles offshore company.

As a minister between 2011 and 2014 when she was accused of corruption and sacked from the federal cabinet, Stella Oduah, now a senator, secretly acquired four London properties, hiding behind an anonymous company she tucked away offshore and possibly committing a breach of Nigeria’s public service code of conduct law, the ongoing Pandora Papers investigation has found.

While different courts have ordered the freezing of assets linked to Ms Oduah in Nigeria over her “humongous” indebtedness to banks, the four anonymously acquired London properties – alongside one other bought in her own name and two others bought in the name of her Nigerian-registered company – remain owned by her. The assets are blocked from debt recovery efforts by banks and the Assets Management Company of Nigeria, AMCON.

Ms Oduah then used the company to acquire the four London properties worth a total of 6.7 million pounds between October 2012 and August 2013. At today’s naira value, that amounts to approximately N5.2billion at the black market rate of N775 to a pound sterling. If the official Central Bank of Nigeria rate of N558 naira to a pound is used, the amount would translate to approximately N3.74billion.

As we understand, anonymous acquisitions would ensure she circumvented due diligence checks in the UK about the sources of her funds as a politically exposed person. Also, anonymity, that is, hiding behind her secret Seychelles-incorporated company, meant she could avoid possible investigation and prosecution in Nigeria for owning undeclared assets or acquiring as a public servant any assets not attributable to legitimate income.

These findings were based on leaked records obtained from PREMIUM TIMES’ collaboration with UK-based Finance Uncovered within the larger Pandora Papers Investigation coordinated by the International Consortium of Investigative Journalists, ICIJ.

According to the UK Land Registry records, ITCL bought on October 19, 2012, a house at 23 St Edmunds Terrace, London NW8 7QA for 5.3 million pounds. Then, in the following year, 2013, between August 6 and 15, the following three more properties were bought in the name of ITCL:

Records show that none of the four properties was bought with mortgage financing, meaning Ms Oduah routed 6.7 million pounds through her offshore company to anonymously effect the acquisitions.

Ms Oduah’s houses are among the 234 UK properties our investigation showed were anonymously acquired by offshore companies, with Nigerians as ultimate beneficial owners. The investigation exposed the hidden identities of the true owners of the properties bought in the so-called envelope structure that offers confidentiality benefits, which in the case of Nigerian public servants like Ms Oduah, mean a way of blocking the Code of Conduct Bureau from knowing undeclared assets.

By law, public servants in Nigeria are required to declare their assets and are forbidden from holding directorship of any company except the interest is in agriculture. In addition, any asset acquired after the declaration of assets must be “fairly attributable” to legitimate income, failing which, such acquisition is deemed to be in breach of the law.

We however saw evidence that retained her directorship of the company while holding public office, thereby breaking the law.

We sent Ms Oduah a written request for comment. For weeks, she failed to explain her acquisition of the properties and provide evidence that she declared them in her Code of Conduct fillings, in accordance with the law. She also declined to provide clarity on why she continued to run her offshore company as a director while a public office holder in Nigeria, in violation of the law.

Ms Oduah was removed from office on February 12, 2014, as Nigeria’s aviation minister after she was indicted by two panels, which probed the purchase of two bullet-proof cars by an agency under her supervision, the Nigerian Civil Aviation Authority, NCAA, for N255 million in violation of Nigeria’s public procurement and appropriation laws.

The two panels were the House of Representatives Committee on Aviation headed by Nkiru Onyejiocha and a presidential panel headed by former Head of the Civil Service of the Federation, Bello Isa.

In July 2021, Inyang Ekwo, the Abuja court trial judge, threatened to issue a warrant for the arrest of Ms Oduah, over her failure to appear in court for the corruption trial.

In a rather dramatic twist, barely a month after the judge’s threat, Ms Oduah cross-carpeted from the opposition Peoples Democratic Party (PDP) to the ruling All Progressives Congress (APC), saying she defected in the interest of the people of her native Anambra State.

In Nigeria, it is common for opposition politicians facing corruption trials or investigations to defect to the ruling party with the expectation that could save them from further troubles.

Before her acquisition of the above four properties, Ms Oduah had bought in her own name, on March 8, 2006, Apartment 209, Cavendish House, 31 Monck Street, London SW1P 2AS for 700 thousand pounds, Land Registry record shows.

Ms Oduah worked with the Pipelines and Products Marketing Company, a subsidiary of the state-owned NNPC, for seven years before starting her own business, Sea Petroleum and Gas Company Limited (SPGCL), based in Lagos. She also owns International Trading and Logistics Company Limited, exactly the same name as the company she anonymously incorporated in Seychelles. She was elected senator in 2019, representing Anambra North District.

On September 14, 2012, about one month before the purchase of the 5.3 million pounds Edmund Terrace property, SPGCL wired $71,973 bank transfer to Daniel Ford & Co., a UK property agency commonly used by Nigerian business and political elites investing in the UK property market anonymously, according to a leaked suspicious activity report submitted by Deutsche Bank to the U.S. financial intelligence agency FinCEN.

Deutsche Bank had helped facilitate the U.S. dollar transfer, acting as a correspondent bank. Reporting that Ms Oduah is the owner of SPGCL in its suspicious activity report, Deutsche Bank said it suspected the payment to Daniel Ford was money laundering.

Meanwhile, as she used ITCL Seychelles, she also invested in the UK property market through ITCL Nigeria, also while serving as minister. On July 12, 2011, just days after her assumption of office as aviation minister, she used ITCL Nigeria to buy Flats 303 and 306 Grant House, 90 Liberty Street, London SW9 0BZ for 475 thousand pounds each.

Thus, a total of seven London properties are connected to Ms Oduah – one in her name in 2006, two through her Nigerian-incorporated ITCL in 2011, and four secretly through her Seychelles offshore ITCL between 2012 and 2013 – according to records from the UK Land Registry and leaked offshore documents – which helped expose her as the ultimate beneficial owner of the Seychelles company.

Research contributions from Finance Uncovered were used for this report.

Rotational presidency: Yet, another merry-go round, By Zainab Suleiman Okino