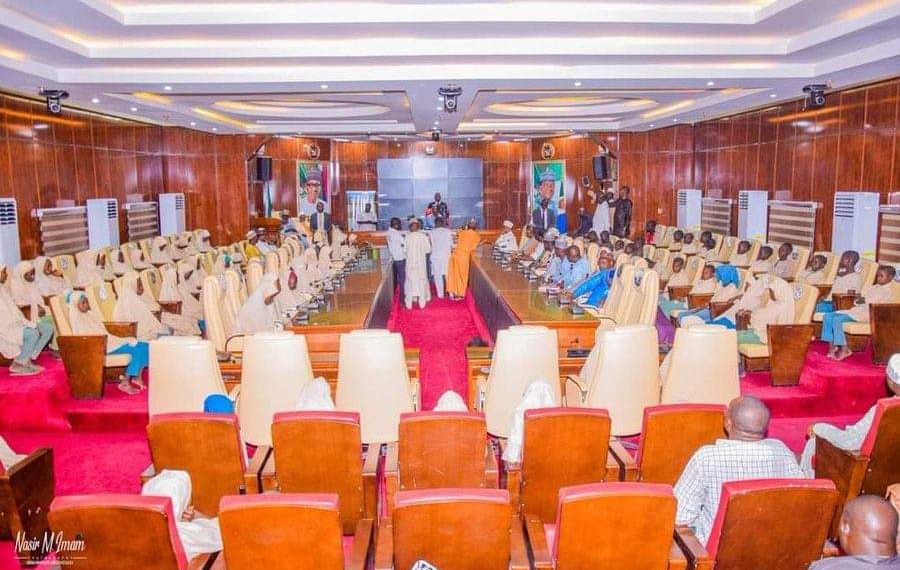 The released students and teacher at the Zamfara Government House

The students and a teacher, kidnapped two weeks ago, were received by Governor Bello Matawalle at the Government House in Gusau, Sunday evening

PREMIUM TIMES reported how an unspecified number of students were abducted in the home town of the governor of the state, Bello Matawalle.

Following their release in undisclosed circumstances, the students and a teacher were received by Governor Bello Matawalle at the Government House in Gusau, Sunday evening, the Nigerian Television Authority (NTA) reported. 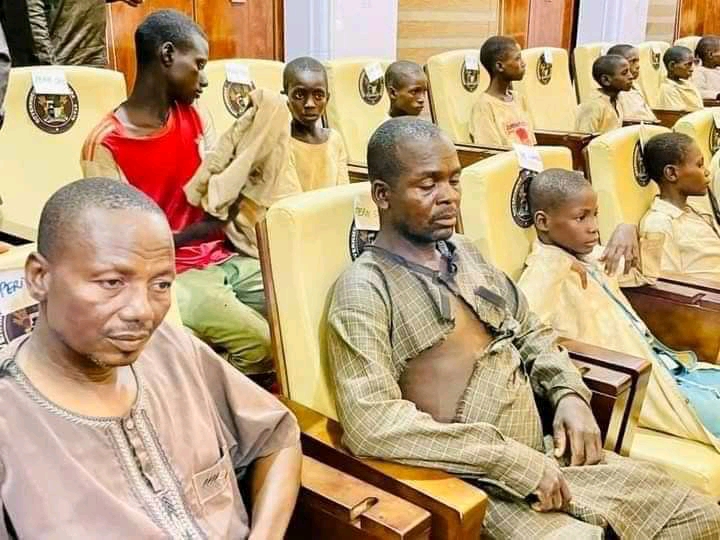 The development comes amid a military operation against the bandits in the state.

The state government last week shut down telecommunication networks, suspended weekly markets and banned the sale of fuel in jerry cans, all measures in support of the operation..

Details of the release of the students remained sketchy as of the time of filing this report. 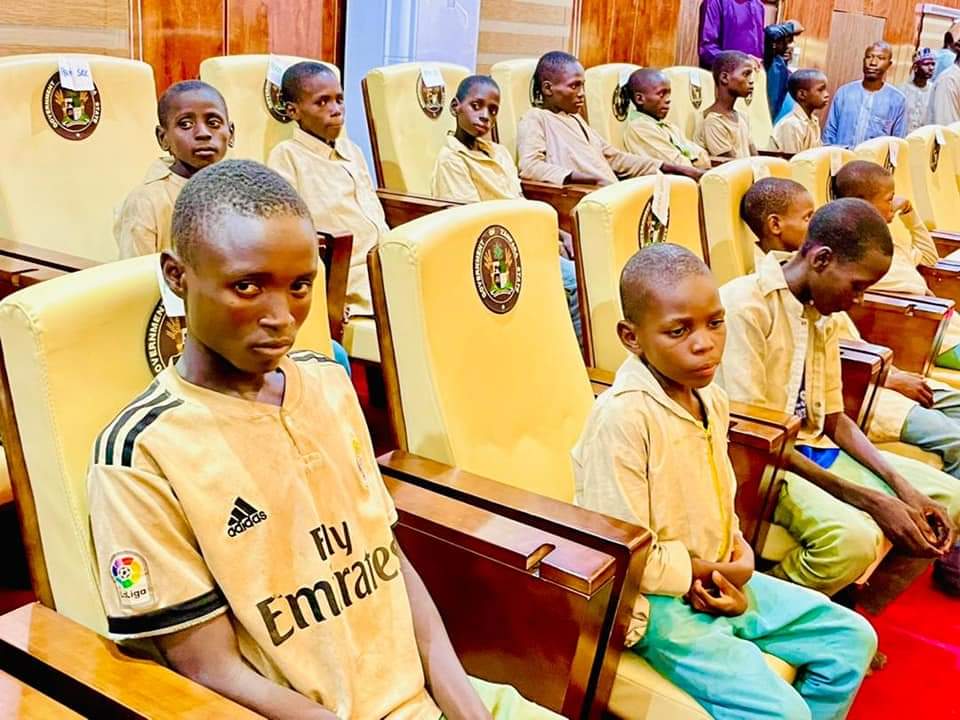 Bandits had been reported to be fleeing the state to escape from the military offensive, although lack of mobile telecommunications and the closure of some roads to traffic in the state have made it difficult to verify the information.

In what appeared like a move to underscore the success of the military operation, Mr Matawalle last week, said the state government would no longer negotiate with bandits, cancelling his policy of peaceful dialogue with the deadly criminals.

He said security forces would, instead, concentrate on flushing them out of Zamfara.

“My administration will no longer grant amnesty to bandits as they have failed to embrace the peace initiative earlier extended to them,’’ the governor said. 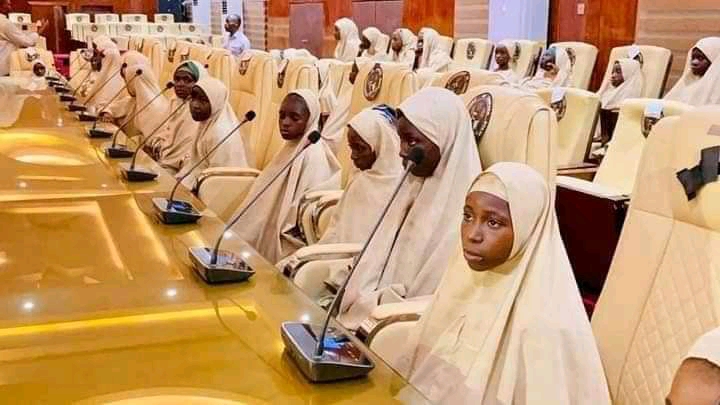 Despite reports of the bandits fleeing the state in disarray, a group on Saturday attacked a military base in the state, leaving about a dozen security personnel dead.

Those familiar with the incident told PREMIUM TIMES that at least 12 personnel were confirmed dead while three were wounded in the attack on Forward Operating Base in Mutumji, Maru LGA.

The latest attack on the military base, according to sources, left nine Air Force, two police and one Nigerian Army personnel dead.