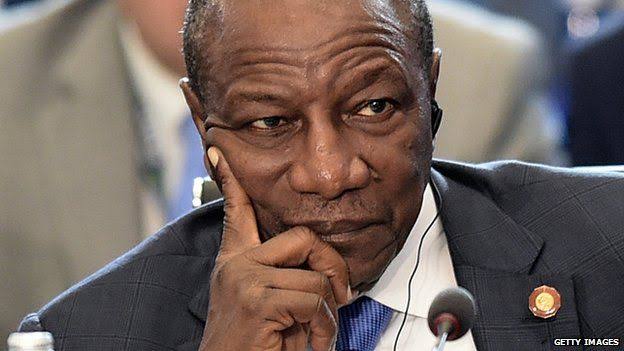 “The Nigerian government is saddened by the apparent coup d’etat that has taken place in the Republic of Guinea today..."

The Nigerian government has rejected Sunday’s toppling of the Alpha Condé regime in Guinea.

The country’s foreign ministry on Sunday said the putsch was a violation of the ECOWAS protocol to which Guinea is signatory to.

“The Nigerian government is saddened by the apparent coup d’etat that has taken place in the Republic of Guinea today, in clear violation of the ECOWAS Protocol on Democracy and Good Governance,” the ministry said in a statement.

“The government of Nigeria strongly condemns and rejects any unconstitutional change of government and therefore calls on those behind the coup to restore constitutional order without delay and protect lives and property.”

Also, in a tweet, UN secretary-general, António Guterres, also condemned “any takeover of the government by force of the gun.” He called for “the immediate release of President Alpha Condé.”

Members of an elite military corp led by Mamady Doumbouya, a colonel, had opened fire on the presidential palace in the capital, Conakry, and taken President Alpha Condé into custody.

The military officials later said they had taken control of the French speaking West African country in an apparent coup.

The dissenting military official were believed to have staged the coup on the heels of a move by the parliament to increase the salaries of politicians while slashing the budget for security forces.

Others believe his alteration of the constitution to pave way for his third term agenda did not go down too well with the military echelon, in a country with long history of coup d’etat.

Some say the putsch was fanned by the level of poverty in the country despite being home to the world’s largest reserves of bauxite, the main source of aluminum for cars, beer cans and foil wrap.

In a video circulating on Facebook, Mr Condé flanked by masked men in military fatigues, was asked by a soldier: “Excellency, have we touched a single hair of yours?” A disinterested Mr Condé gave no response as he looked away from the camera.

In an address on state television, Mr Doumbouya said Mr Condé was in his men’s custody and he warned people to go home.

“If you see the state of our roads, of our hospitals — it’s time for us to wake up,” he said in the address, with Guinea’s red, yellow and green flag draped on his shoulders.

The colonel promised to broker a transition government that would not harm the nation but “make love” to it.

The coup in Guinea comes barely three months after military officers seized power in neighbouring Mali, marking the second coup d’etat in less than a year.