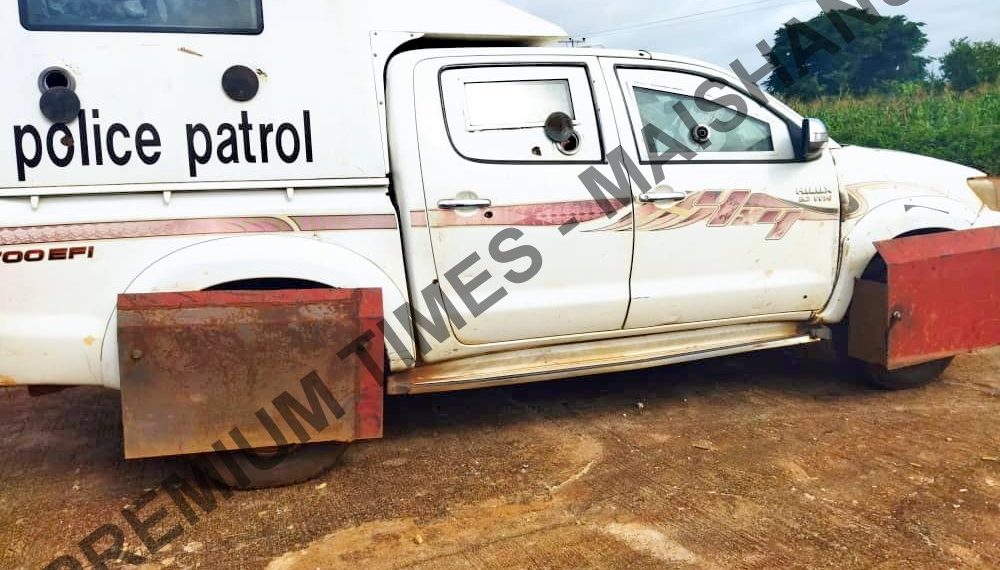 Insecurity: After 88 days of anguish, parents vow to keep children out of schools in Niger

“The bandit can return at any moment. We cannot continue to pay ransom with the little we have for feeding.”

After 88 days of heartbreaking suspense during which they negotiated ransom with bandits for the release of their children, some parents of the freed students have vowed not to return them to school until the state government makes schools safe in the area.

Armed bandits had kidnapped 136 students from the Salihu Tanko Islamiyya School in Tegina, Rafi Local Government Area of Niger State, on May 30. Some of the students were released a day after the kidnap, a few are believed to have escaped from their abductors, while 90 of them were released on August 26 after their parents paid a hefty ransom. The ransom reportedly consisted of N60 million in cash and five new motorcycles.

Prior to the Tegina school abduction of May 30, hundreds of school children had been abducted in February in Kagara, the headquarters of the local government area.

PREMIUM TIMES reported how gunmen have attacked public schools in adjoining Kaduna, Katsina, Kebbi, Zamfara and Niger states, abducting hundreds of students and forcing the authorities to close down schools in areas deemed vulnerable to attacks.

Tegina is about 93 kilometres from Minna, the Niger State capital.

Speaking with our reporter who visited the town following the release of the students, the parents recalled how, on that Sunday evening of the attack, the bandits had arrived in the town in large numbers on motorcycles. As a group invaded the school, others combed the town, robbing people and looting shops amid sporadic gunshots. 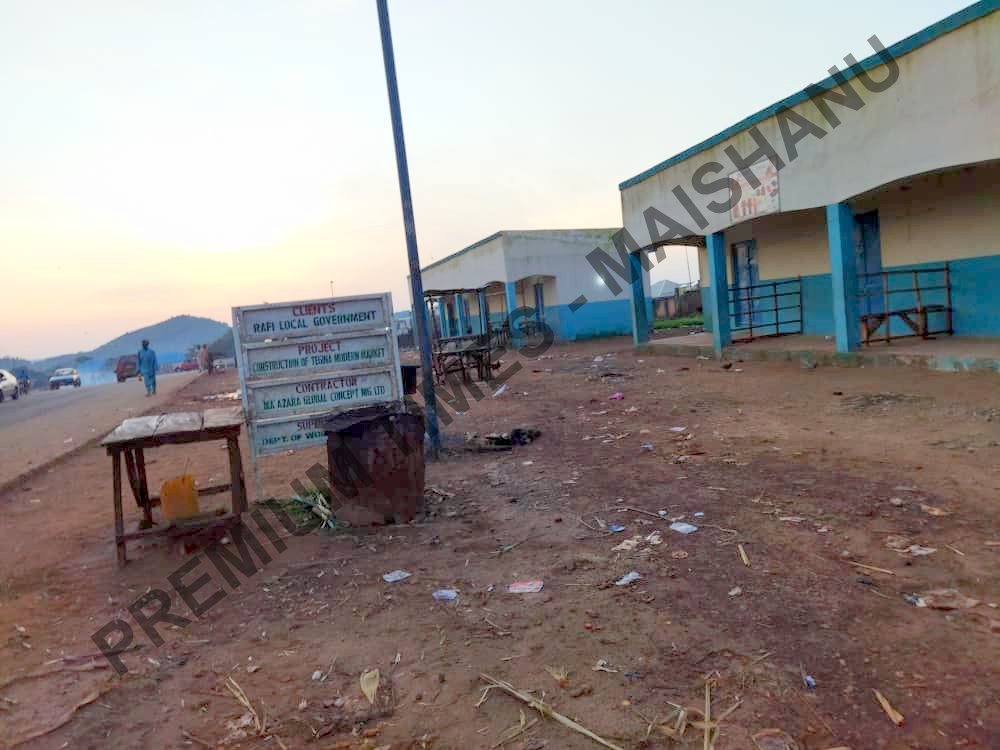 Aside from the pupils that they abducted from the school, they also picked up some residents in the town, including a former councillor for Tegina ward, Aminu Wapa, who later reportedly escaped from his abductors.

Following their release on August 26, Governor Abubakar Bello vowed to bring the kidnappers to justice and end their reign of terror in Niger State.

However, some of the parents of the pupils appeared unconvinced by the governor’s strong words. They told PREMIUM TIMES that they would not risk the lives of their children by allowing them to go back to school based on “empty promises.”

Muhammadu Dan-Birni has two children among the kidnap victims. He said he has withdrawn them from the school because the environment has made school pupils easy prey for bandits.

He spoke with PREMIUM TIMES on Sunday on the sideline of a meeting of the Parents/ Teachers’ Association (PTA) in the school’s premises in Tegina. 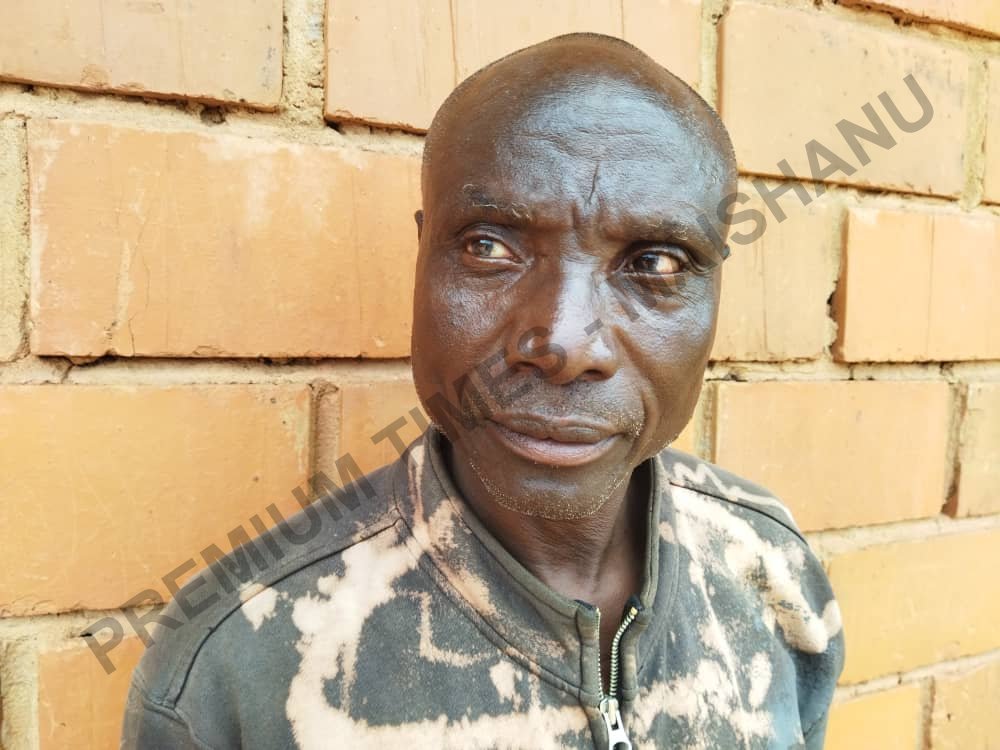 The meeting reviewed the security situation of the area after the abducted pupils returned home.

The meeting agreed that the school would go on a four-week holiday. But Mr Dan-Birni has other plans.

“For me, I will only return my children to the school when the general security of this area improves. This is because bandits are targeting schools for mass abduction and they can only achieve that when the children are in school,” he said to our reporter.

Mr Dan-Birni was an eyewitness to the May 30 attack on Tegina and the abduction of the Islamiyya School pupils.

“I saw the bandits shoot dead one person. It was the first time I ever ran for my life. But while I was in hiding, my wife called and told me that our children’s school was being invaded by the gunmen. I came out of hiding and rushed to the school only to find my children were among the many abducted.

“When I came out of the school premises, I sighted the pupils surrounded by the gunmen on a nearby rock, very close but I dared not go there. I watched as they started moving further into the forest. Then I returned home in grief.” 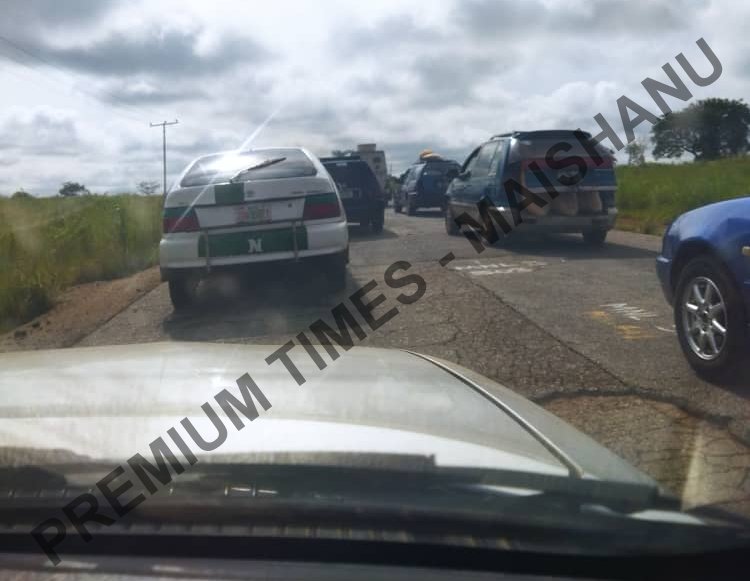 Mr Dan-Birni recalled the distressful negotiation with the bandits that followed.

“We lost hope after they collected two instalments of ransom but still refused to release the children. Instead, they asked for more money. That convinced me that we would never see our children alive again. But Allah in His infinite mercy allowed the children to be released,” the relieved father said.

Another parent, Fati Abdullahi, also told this newspaper she would not allow her two children to return to the school due to fear of a repeat of the ordeal she suffered for three months.

“We were in distress throughout because we did not know their fate in the hands of their abductors in the forest. Some parents died from the shock, others who have pre-existing illnesses, their condition worsened following the incident,” Mrs Abdullahi said. 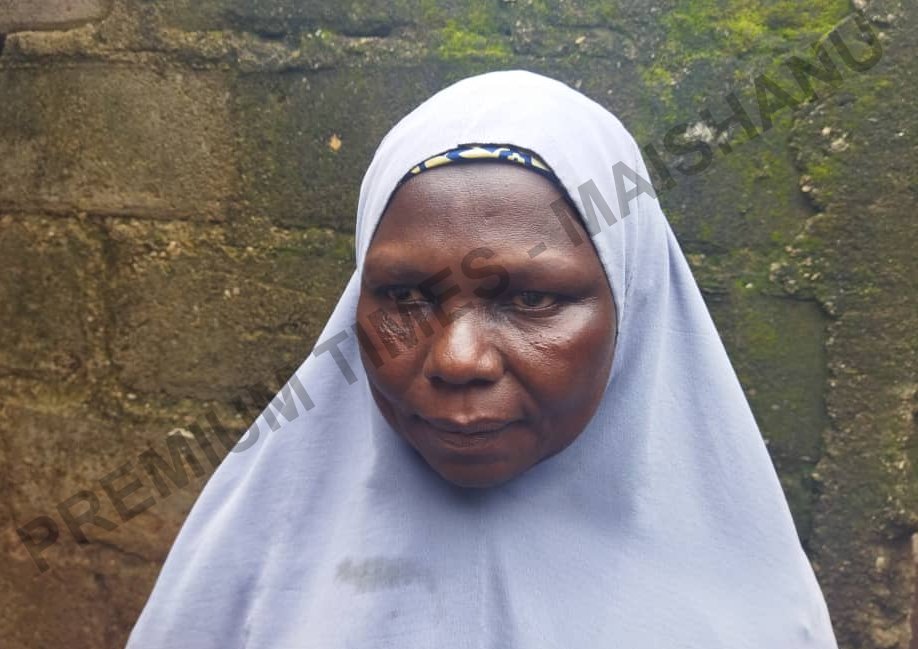 “I won’t allow my children to go back to school until the government provides security in this area. My children were attending both the Qur’anic and conventional sections of the school but that has to stop,” she said.

Maryam Abubakar said she went through shocks and sleepless nights following the incident.

“Only a mother can imagine what I went through. It was terrible, but we believe that was what God destined to happen to us. That is why it happened,” Mrs Abubakar said.

“Throughout their stay in the forest, I had sleepless nights because I could not just imagine the kind of conditions they were going through. We are thankful to Allah for reuniting us with our children.”

She too is not eager to send her children back to the school.

“No, my children won’t return to the school, because generally in Tegina, we are living due to the mercy of God. There is no security arrangement in place to protect the town. The bandit can return at any moment. We cannot continue to pay ransom with the little we have for feeding,” Mrs Abubakar said. 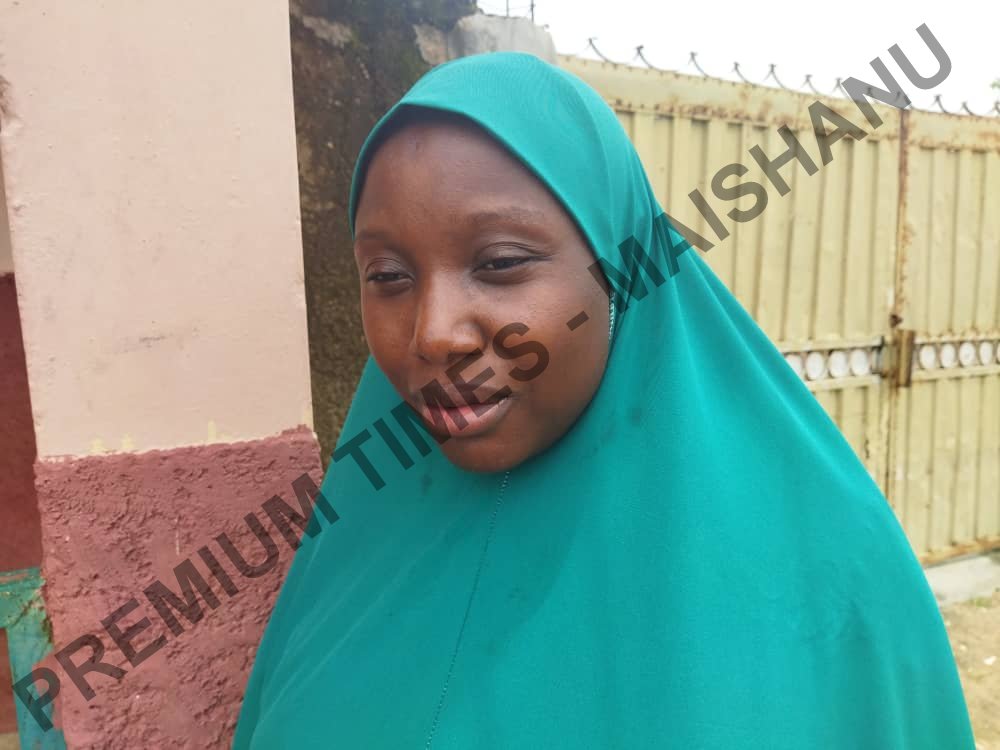 This reporter eavesdropped on a discussion by a group of Tegina residents during which they listed eight parents who had decided to withdraw their children from school.

While many of the parents have decided to withdraw their wards from school, some others say they will continue to enrol their children in school with the hope that the security situation improves.

“Islamic and western education is the only legacy any responsible family will leave behind for their children and I am determined to do that to enable them to be responsible citizens,” Rabi Abubakar, whose two children were among the victims, told the News Agency of Nigeria.

Surajo Abdullahi is the head of the ransom appeal committee of the school’s PTA. He said members of the association contributed over N8 million to the ransom paid to the bandits for the release of the pupils.

He, however, declined to state the total amount paid as ransom or give the identities of the other contributors.

During the PTA meeting, the head of the school, Abubakar Alhassan, pleaded with parents not to de-enrol their children from the school. 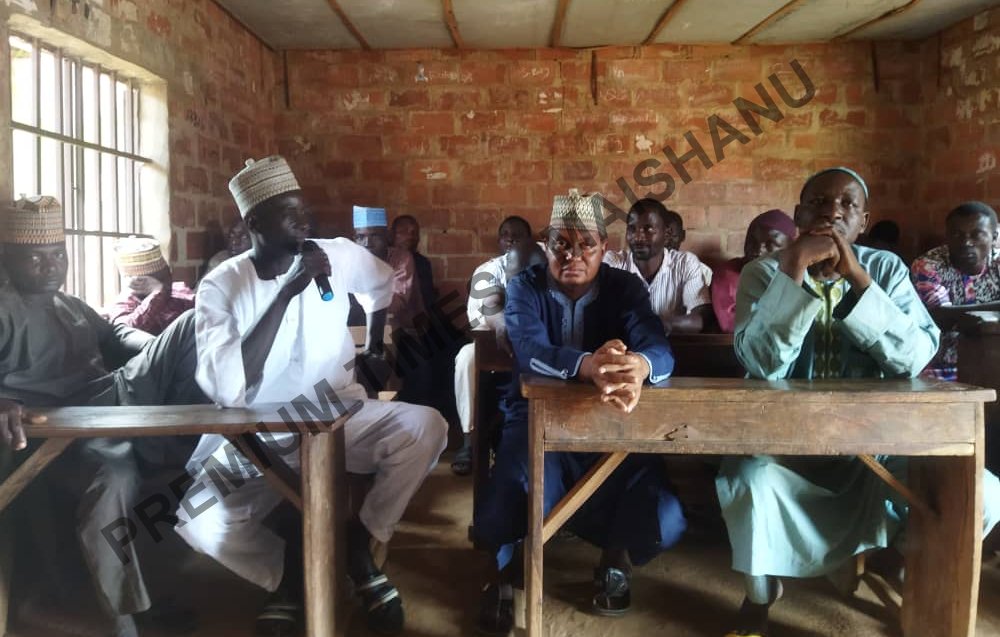 Mr Alhassan said the school was informed before the release of the pupils that many parents planned to remove their children from schools. “We confirmed that from the response we had when we invited them to this meeting,” he said.

“I agree with you that you cannot continue to pay ransom with the little you have. Today, our major challenge is insecurity which is threatening both the parents at home and the students at school. But we believe that the government is doing something,” Mr Alhassan told the parents.

“Parents and students will be confident about school safety whenever they see security agents on ground,” the school head said.

Even before the current security challenges in North-west and North-central Nigeria, the regions had a high number of out-of-school children.

The United Nations Children’s Fund (UNICEF) had said, in 2019, that six states in the two regions (including Niger) were among the 10 states and Abuja that contributed 8 million of Nigeria’s over 12 million out-of-school children. 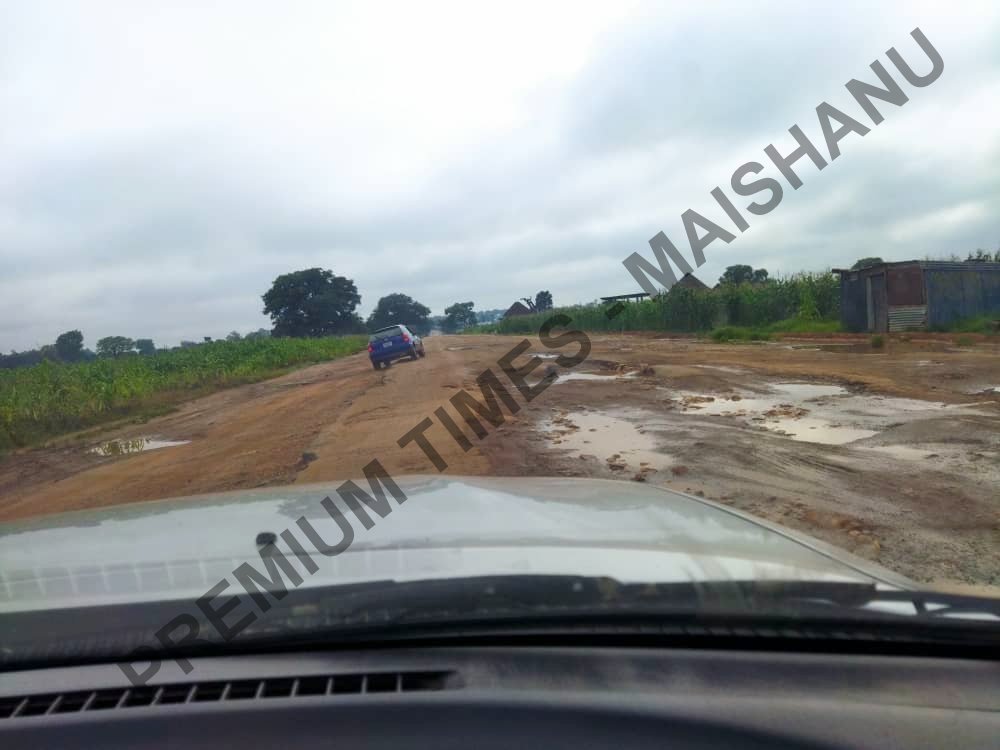 UNICEF emphasised the need to make schools safe for children in those states to reduce the number of out-of-school children.

“Schools should be a safe place for children – one in which they can get a quality education that will put them on the path to a secure future,” a UNICEF representative in Nigeria, Peter Hawkins, had said.

However, the latest security situation and the reaction of victims including some of the parents of the Tegina school pupils show that the number of out-of-school children will increase in the affected states.

After the abduction, the Niger State Government ordered a temporary closure of 10 boarding schools, mostly in council areas where bandits attack more often in the Zone B senatorial district of the state.

The spokesperson of the state Ministry of Education, Jibrin Usman, told this newspaper that the measure was to keep students safe while the government thinks of a permanent solution to attacks on schools.

Mr Usman said the ministry was engaging traditional rulers, the School Base Management Committee (SBMC) and Parents Teachers Associations (PTAs) on how to address the challenges from the grassroots.

Also, he said, the ministry has introduced teaching and learning on radio to keep students engaged while their schools are shut.

We will end banditry in Niger State – Government

The state’s Commissioner for Information and Strategy, Mohammed Idris, told PREMIUM TIMES that the government was taking steps to protect lives and properties. 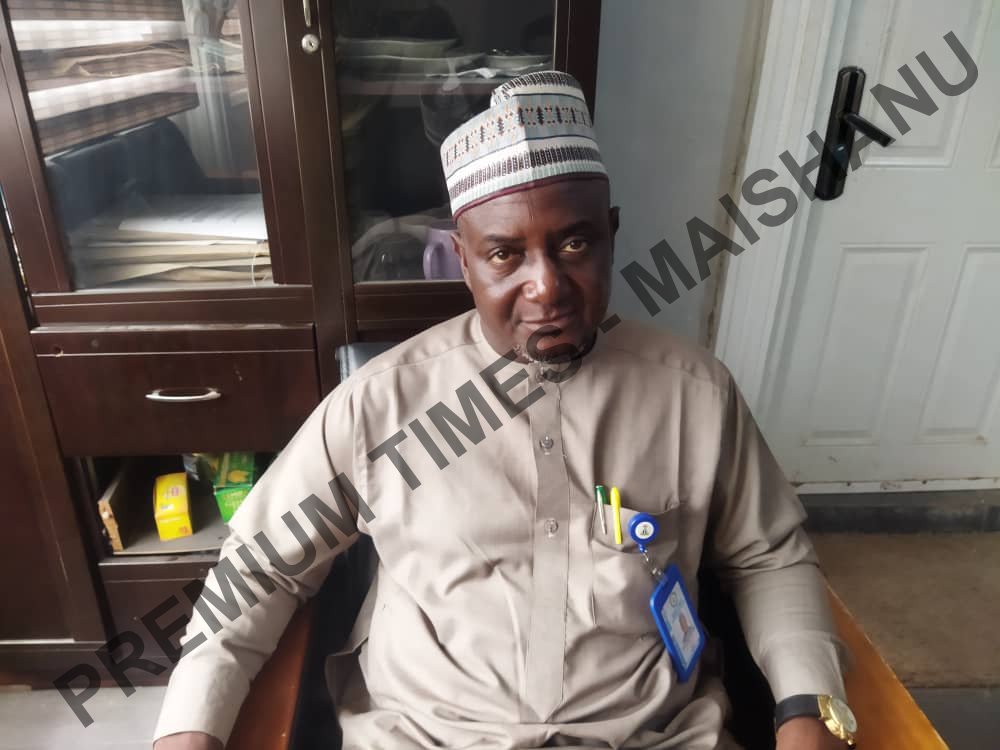 “The government is approaching the challenges holistically with a view to bringing an end to the menace. The bandits are attacking schools to ruin the future of the next generation, because without education the future is doomed,” Mr Idris said.

He said the governor, Mr Bello, initially ordered the state’s ministry of education to come up with a strategy on how to protect the schools without deploying armed security personnel.

“The bandits attack schools after being informed by their informant (s) from the community. The government is engaging residents of the areas to take responsibility to protect their towns and villages without bearing arms but by being vigilant and reporting any suspicious person (s) to the appropriate channel,” Mr Idris added. 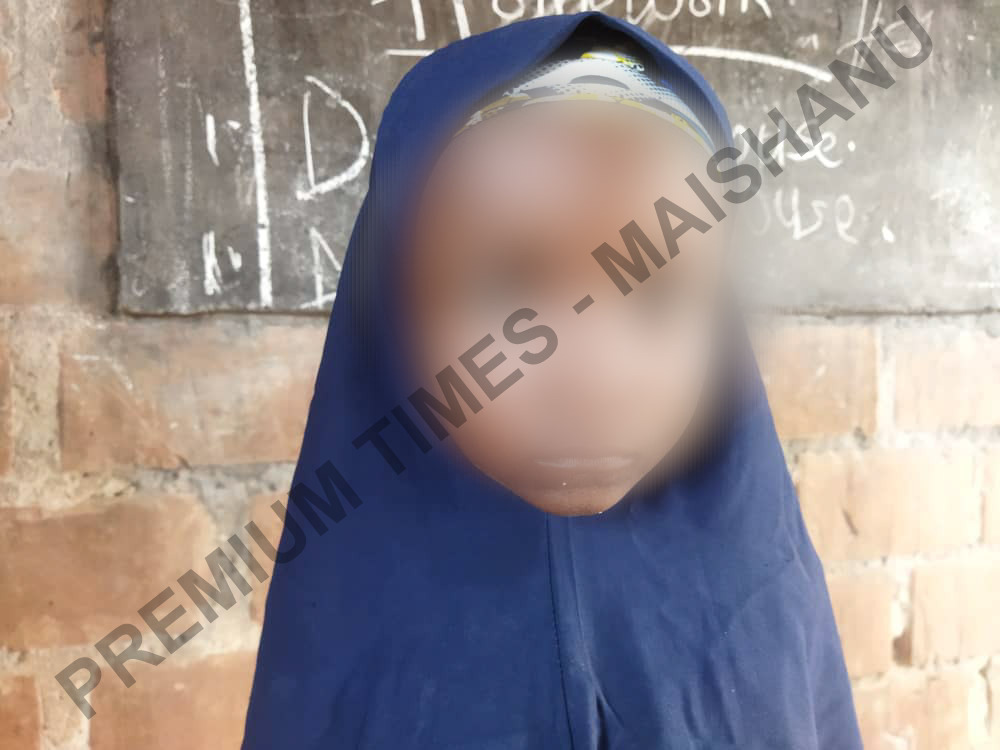 “The government is winning the war against banditry but we cannot publicise the strategy the government is adopting. The governor has said the perpetrators of the Tegina school abduction will be arrested and brought to justice. He means what he said.

“For the parents, we are appealing to them to exercise more patience. It is a difficult situation for all of us, but we believe that we will overcome the challenges, God’s willing. What the people need to do now is to give the government timely intelligence reports in their respective communities.” 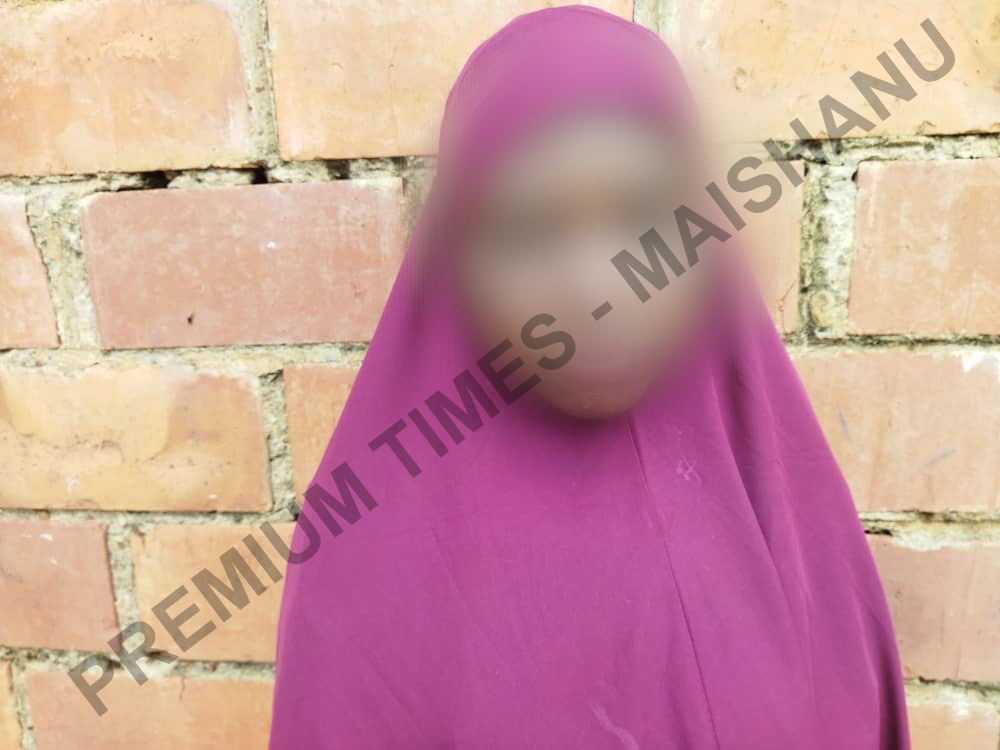 Mr Idris advised parents not to withdraw their children from schools because of the security challenges.

“Parents withdrawing their children from schools is not the solution. The government closed down schools temporarily to protect the children and to plan ahead on how to protect the schools from attacks.

“The government, after shutting down schools, took the students to alternative schools where they are safer. The government doesn’t want anything to tamper with the educational pursuits of our children.”

The commissioner also denied reports that the government contributed to the ransom paid to the bandits.

“The government cannot pay ransom to free kidnap victims because the government did not budget for that. The government’s appropriation was only for citizens’ development needs and to ensure their security and safety; not for paying ransom to kidnappers,” Mr Idris said.

The lessons of Durban and a world still in denial; 20 years after, By Adewale Ajadi