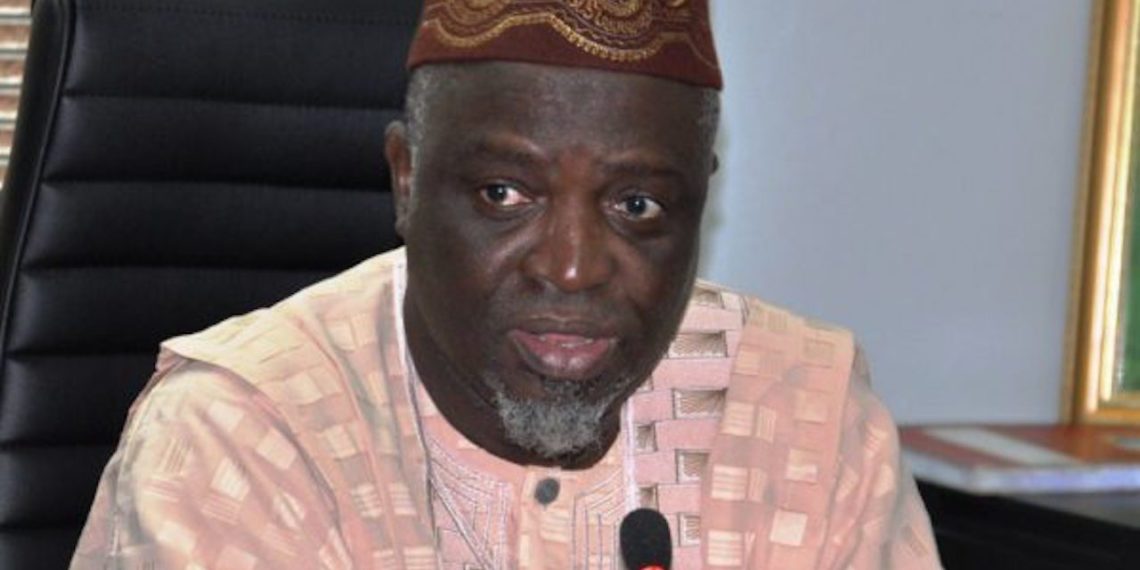 The spokesperson for the ministry, Bem Goong, confirmed the reappointment in a telephone interview with PREMIUM TIMES’ reporter on Friday.

The immediate past registrar of the Joint Admissions and Matriculation Board (JAMB), Is-haq Oloyede has been reappointed by President Muhammadu Buhari.

Also, the former executive secretary of the National Universities Commission (NUC) and the Universal Basic Education Commission (UBEC), Abubakar Rasheed and Hamid Boboyi, were among the top executive officers of agencies within the ministry of education, who were reappointed on Friday.

The spokesperson for the ministry, Bem Goong, confirmed the reappointment in a telephone call with a PREMIUM TIMES’ reporter on Friday.

A statement issued by the ministry noted that the reappointments were based on the recommendation of the minister of education, Adamu Adamu.

The statement also confirmed Ifeoma Isiugo-Abanihe as registrar and chief executive officer of the National Business and Technical Examinations Board (NABTEB).

A new director and chief executive officer, Promise Mebine, a professor, was appointed for the National Mathematical Centre for a tenure of five years.

The statement reads in part; “President Muhammadu Buhari, has, upon the recommendation of Education Minister, Adamu Adamu, approved the reappointment of the Registrar of the Joint Admissions and Matriculations Board (JAMB), Prof. Ishaq Olanrewaju Oloyede and the Executive Secretary of the National Universities Commission (NUC), Prof. Abubakar Adamu Rasheed.

“The two appointments are for a tenure of five (5) years each, with effect from 1st August, 2021.

“Also reappointed is Dr. Hamid Bobboyi as Executive Secretary of the Universal Basic Education Commission (UBEC) for a second and final tenure of four (4) years with effect from 1st August, 2021.

“It will be recalled that Mr. President had earlier approved the reappointment of Prof. Ifeoma Isiugo-Abanihe as Registrar/CEO of the National Business and Technical Examinations Board (NABTEB) for a second term of four (4) years to sustain the efforts at sensitizing Nigerians on the critical role of Technical and Vocational Education and Training (TVET) and business subjects in the new knowledge economy.

“To give further impetus to mathematics education, approval was also granted for the appointment of Prof. Promise Mebine as the Director/Chief Executive of the National Mathematical Centre for an initial tenure of five (5) years with effect from 17th August, 2021.”

PREMIUM TIMES had exclusively reported how Mr Oloyede handed over the baton of leadership at the examination body to the director of information technology services, Fabian Okoro, at the expiration of his first five-year-tenure.

The registrar’s decision was in response to a memo released by the ministry to all the affected education agencies to hand over to the most senior directors at the agencies.

On his part, Mr Rasheed summoned a meeting of directors at the NUC on Monday, a day after the expiration of his tenure, where he handed over to the deputy executive secretary in charge of academic matters, Ramon Yusuf.

Many individuals and groups including the former executive secretary of NUC, Peter Okebukola, had canvassed reappointment of the two public servants, citing what they described as their massive impacts on the nation’s education sector, and integrity.

However, PREMIUM TIMES exclusively gathered that the poor health conditions of both the President and the education minister caused the delay for the reappointment.

While the President was away in the United Kingdom on a health ground, the minister had also spent many weeks in Germany attending to his health.

A close associate of the minister, who craved anonymity due to the sensitivity of the matter, said the minister had been convalescing at Nizamiye hospital in the Federal Capital Territory.

“The minister was actually asked to spend a week at the hospital to be attended to by a physiotherapist because too many visitors were disturbing him at home,” the source said.

The source added that the minister would leave the hospital on Friday, having fully recovered from an undisclosed ailment.

“He was actually attending to his files at the hospital but he should return home on Friday,” the source added.

The announcement by the ministry on Friday, however, did not give information on other agencies under the ministry which are also without substantive heads.

At the time of the expiration of the tenure of Messrs Oloyede and Rasheed, about 12 other agencies were affected.

It was, therefore, shocking to some of the concerned former heads of the other agencies that there was no information about their return or replacement.

Some of these agencies include the National Teachers Institute (NTI), National Institute of Nigerian Languages, National Commission for Mass Literacy, Adult and Non-Formal Education, Teachers’ Registration Council of Nigeria (TRC), Nigerian Institute for Educational Planning and Administration, National Library of Nigeria, among others.

Meanwhile, Mr Oloyede’s return is coming about 10 days before the 2021 admission policy meeting to be chaired by the education minister.

The meeting, which is at the instance of JAMB, is an annual gathering of stakeholders within the nation’s education sector who are involved in the admission processes of candidates to Nigeria’s tertiary institutions including universities, polytechnics, monotechnics and colleges of education.

The minister on his arrival had about a week ago approved August 31 for this year’s meeting.

The meeting, which will have in attendance heads of tertiary institutions, admission officers, registrars and other critical stakeholders, will fix the benchmarks for the cut-off marks for the 2021/2022 admission into the institutions.

After court’s refusal to stop doctors’ strike, minister set to meet NMA, others