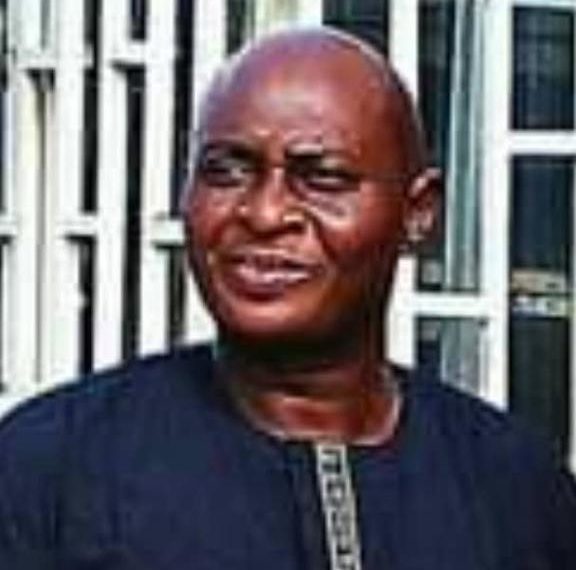 A man has died in hospital in Kwara State, a week after he was released by kidnappers who collected four million naira from his family as ransom.

But the family has a different account of the incident from the state government and the police, with the family saying it was abandoned by the authorities to deal alone with the criminals.

Ayodele Alabi, an engineer in his early 60s, was kidnapped with his elder brother and five others on Saturday August 7 between Oke Onigbin and Omu-Aran, an area that falls between Isin and Irepodun local government areas of Kwara State.

That day, six armed men had emerged from the bush and ambushed the Siena bus in which they were travelling from Ekiti State to Ilorin.

The hoodlums marched the seven occupants of the vehicle into the bush.
But in the course of the grueling trek in the bush, Mr Alabi’s family members said the elder brother fell out of exhaustion and was left behind by the party. They said he later recovered and took the news of the incident to town.

The day after, they said the kidnappers called the family and asked for a ransom of N30 million, according to Olabode Olabiyi, a school mate of Mr Alabi at Titcombe College, Egbe, Kogi State. Mr Olabiyi shared the account on the WhatsApp platform of Igbomina Professional Association, a socio-political group in the southern senatorial district of Kwara State.

He said he had first received the information on the WhatsApp platform of the old students association of their alma mater.

According to the account, the family said they informed the police and the political authorities in the state about the kidnap of Mr Alabi and subsequent demand for ransom but received no support.

“After back and forth negotiations, a figure of #4 million was agreed upon. The money was delivered and the kidnapped victims were released.”

The family said it raised the sum with support from some friends of Mr Alabi while other victims arranged and paid their own ransoms too.

On Tuesday, the ransom was delivered for Mr Alabi’s release. However, what they found was a man who had been battered from beating by the kidnappers.

“When my friend was picked up by the rescue party, he was in such bad shape that he could not walk or stand,” Mr Olabiyi narrated.

“He had been beaten, battered, brutalised and traumatised. He was supported on a bike through the thick forest back to town and straight to the hospital.
“Unfortunately, he breathed his last at about 4 a.m. today, Friday 13th August 2021 and left behind a wife and daughter he loved dearly and we brothers and friends, all sad, shaken and traumatised. He did not survive the harrowing experience in the Kidnappers den.

“Worse still, the police and Kwara State government that knew nothing about the ransom and rescue went to town yesterday (Friday) to claim victory for the release on radio and television.

“The scourge of kidnapping is real and a present danger. It is when you are affected that you will realise that it is like a film coming to a cinema near you.
We are living in dangerous and perilous times and the government is nonexistent and totally unresponsive and irresponsible.”

Mr Olabiyi said the family and friends had demanded that the victim’s phone be tracked but found out that the police lacked the capacity “because they had not paid subscription for the service since January.”

PREMIUM TIMES reported how the seven persons were kidnapped in two incidents that Saturday in Kwara, and how the police said their officers, local hunters and vigilantes chased the hoodlums and rescued four of the seven victims.

Speaking on Sunday with this newspaper, the police public relations officer in the state, Ajayi Okasanmi, said the law enforcement agency promptly responded to information on the two kidnap incidents of August 4 which involved Mr Alabi and his brother.

Mr Okasanmi said the police commissioner had ordered the area commander to go after the hoodlums after receiving information from police channels.

He said the police “promptly dispatched its tactical units comprising the anti-kidnapping and anti-cultists units, joined by local hunters and vigilantes members; while police patrols on the routes were alerted.”

Mr Okasanmi said under chase in the bush by the security team, the abductors abandoned four of the seven abducted persons but escaped with the other three.

“Deploying similar tactics by operatives, those abducted in Ekan Meje /Ekiti axis using the same modus were equally rescued, remaining a pastor and his wife who the Command is frantically doing everything possible to rescue unhurt,” he said in a statement of August 8.

The police spokesperson also said in the statement some suspects had been arrested and were helping the police in their investigation.

According to the police spokesperson, the hoodlums operating in the area usually sneak in from a neighbouring state. He said the police commissioner had requested assistance for police headquarters in Abuja over the development, following which officers were deployed from the Force Criminal Investigations Department (FCID).

On the claim that the police did not support the family of Mr Alabi, Mr Okasanmi said the police do not deal with kidnap victims as individuals. He said the response of the police is usually to rescue all involved together as soon as possible.

In the telephone interview with PREMIUM TIMES on Sunday, Mr Okasanmi insisted that it was the efforts of the police that led to the rescue of Mr Alabi and other victims.

He said it was because the police had kept the chase on the hoodlums that also led to the rescue of the pastor and his wife who were kidnapped in the other incident of August 4.

He said the couple were rescued in Ileje Meje, Ekiti State, where they had arrived after the bandits had marched them through the bush for seven hours in their desperate search for a safe hideout.

“When they were rescued, the man of God and his wife prayed for the police over the efforts they made to rescue them.”

Ransom and the police

“The police will never support payment of ransom to kidnappers and we always made that clear to the families of victims.

“We instead put pressure on kidnappers to ensure the victims are released.”

Mr Okasanmi again stated that some suspects had been arrested over the two incidents.

The police spokesperson said the police were not informed of the death of Mr Alabi. “We were happy with their rescue and nobody has told us anything since,” he said.

Mr Okasanmi dismissed the claim that the police could not track the phone of Mr Alabi because they have not paid the service providers since January.

“That is not true. No officer will say that to the family of a kidnapped person, it is just one of those things people concoct to denigrate the police.
“It is not true that we do not have a subscription. Is tracking even paid for like you pay for voice or data services? Tracking is not the only way the police trace kidnappers, we have many other measures.”

Mr Okasanmi said he understood the bitterness people always feel against the police and the authorities when their family members are kidnapped.

“Nobody who is affected will be happy when their family or friend is kidnapped. We are all sad about such things happening around the country, the police and the government are not happy.”

The Chief Press Secretary to the governor, Rafiu Ajakaiye, in a telephone interview with PREMIUM TIMES on Sunday, acknowledged that the government was alerted to the kidnappings.

However, he said the authorities “instantly liaised with relevant security agencies, including unofficial local security networks, to rescue the victims and arrest the criminals behind it. The efforts paid off as some of the abducted persons got released, while efforts to secure the release of the other victims continued,” he said.

“The government regrets and is extremely pained that we lost one of our senior citizens, Engineer Ayo Alabi, who was a victim of the incident. He died after his release. It is devastating. The government shares in the pains of, and sincerely commiserates with, the family, and prays God to repose the soul of the gentleman.

“The criminals behind these dastardly acts will not go unpunished as security agencies and local vigilantes are on their trail.

“The government continues to support security agencies with necessary equipment, gadgets and vehicles to keep the public safe. It only recently distributed dozens of patrol vehicles, armoured vests, and other gadgets to support the security agencies, while strengthening the existing relationship with local vigilante groups and hunters.

“The government calls for vigilance and support from members of the public, as it works assiduously to protect the lives of the citizens and their properties,” Mr Ajakaiye said.