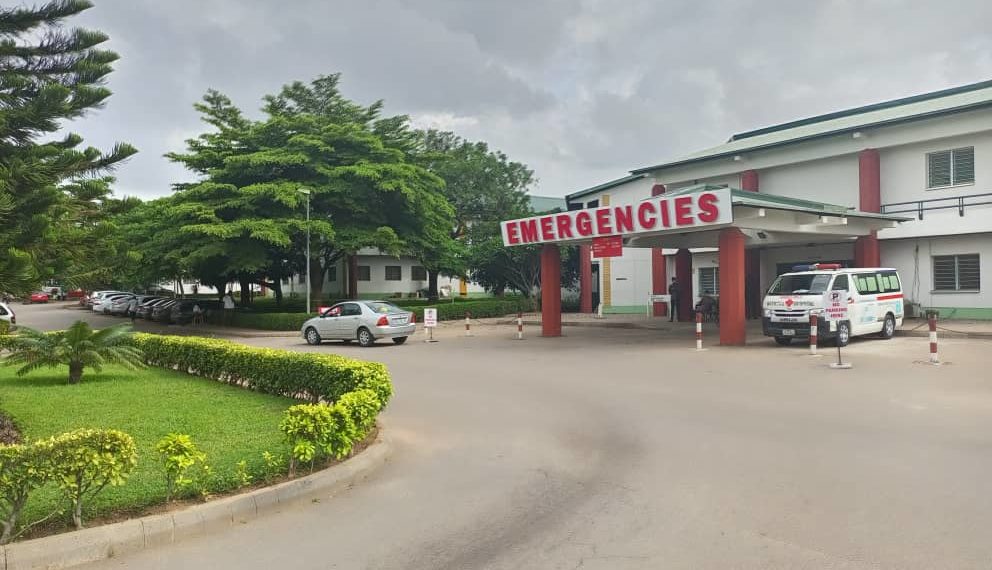 Most of the hospitals visited by our reporters only operated at half capacities and the situation could begin to degenerate further, from Tuesday.

By Monday afternoon, Azeez Olaoluwa, whose unnamed sister was scheduled for skin grafting surgery at the National Orthopedic Hospital, Igbobi, Lagos, was unsure of the fate that could befall his family.

Mr Olaoluwa, who is in his 30s, was, on Monday morning, disappointed that the planned nationwide strike by the National Association of Resident Doctors (NARD) had commenced.

He said his family had struggled to get a date for her sister’s planned surgery after a series of medical tests and failed appointments with medical officials.

Mr Olaoluwa added that his sister had since been placed on admission at the facility for ‘pre-surgery’ observation by the medical team.

“So we were glad when she was finally given a date this week. But this morning we suddenly realised that many patients in the various wards were unusually being discharged by a few medical officials that came on ward rounds,” Mr Olaoluwa said.

He said the doctors told them that should the strike linger for more than 48 hours, his sister would be discharged and would be rescheduled for the surgery after the industrial action.

“So we can only pray that the strike does not linger,” he added.

The situation is similar to what Eric Inanaco experienced at the Federal Medical Centre (FMC), Ebute-Metta, Lagos, where he had taken his wife for medical attention.

He said there was only one doctor attending to more than 300 patients that had visited the hospital’s general out-patients’ clinic on Monday.

“My wife is among those currently being attended to. We were more than 300 this morning, my wife was number 45 on the list and this is 3 p.m. already. Many have left because the service has been too slow,” Mr Inanaco said.

He said the only female doctor on duty had addressed the crowd in the morning, seeking patience and cooperation.

“The doctor said out of four doctors that were meant to be on duty, she was the only one because the three others were members of the NARD and that they were on strike,” he said, adding that; “She said those who could wait should.”

He said his wife had been coughing for about three weeks and that further tests revealed she was suffering from high blood pressure.

Mr Inanaco, however, said he was unsure if his wife would require admission, saying he learnt the hospital was not taking new patients for admission.

At the National Hospital in Abuja, Lucky Oche, whose father was receiving treatment at the hospital, said patients were apprehensive that they could be asked to vacate the hospital any moment soon if the strike was not called off on time.

Kemi Unamma, a pregnant woman, told this newspaper that she was at LASUTH to keep her antenatal appointment but that she was asked to come back next week because of the industrial action.

“I could only do a scan, and I am not sure if the strike would have been called off by next week,” she said.

The experiences narrated above represent what played out across major tertiary hospitals in Nigeria on Monday when the indefinite industrial action declared by NARD officially kicked off.

Most of the hospitals visited by our reporters only operated at half capacities and the situation could begin to degenerate further as from Tuesday when the sensitisation embarked upon by the striking doctors could have increased the awareness among more members.

But this is happening at a time the government officially declared the presence of the third wave of coronavirus in the country.

Nigeria’s health minister and the Lagos State Governor, Osagie Ehanire and Babajide Sanwo-Olu respectively, confirmed the ugly news at different events yesterday, saying “All data indicate that we are now no doubt in the third wave of resurgence of the SARS-COV-2 infection.”

Mr Sanwo-Olu confirmed that daily, Lagos now records an average of six deaths from the disease, adding that in July alone, a total of 4,300 cases were recorded in the densely populated Nigeria’s commercial centre.

The doctors’ grievances are contained in a Memorandum of Action (MOA) endorsed in April by both the striking doctors and the government representatives including the labour and employment minister, Chris Ngige.

But the doctors’ association expressed regret that the agreement, which had led to the suspension of a week-long strike earlier in April, has been ignored by the government.

They accused Mr Ngige, a former governor and also a medical doctor by profession, of poor attention to the doctors’ welfare.

The doctors had demanded amongst other things, the immediate payment of COVID-19 inducement allowance to some of its members in federal and state tertiary institutions.

They also demanded the review of hazard allowance for health workers due to the risk associated with their profession.

The association also decried the undue hardship its members on GIFMIS platform are facing due to the delays in payment of their salaries ranging from three to seven months.

A communique issued at the end of its national executive council meeting which held in Abia State, South-East Nigeria, reads in parts; “The NEC noted that despite Government promise to migrate her members from the GIFMIS to the IPPIS platform, they are still stuck on the GIFMIS platform which is laced with payment irregularities.

“The NEC noted with grievous concerns the circular from the Head of Service of the Federation removing House Officers from the scheme of service and the consequent implementation by the Lagos State Government.”

The body also claims that some house officers, who are fresh graduates from medical schools, are still owed between one to two months salaries, and that “the NEC noted that ‘bench fee’ for outside postings by resident doctors has been abolished, however some Chief Medical Directors have renamed the bench fee as training fee causing hardship for our members.”

Speaking with our reporters on Monday, the president of NARD at the orthopedic hospital in Igbobi, Egbekun Ethel, said the chapter had fully joined the nationwide strike and that both the patients and the hospital management were duly notified.

“We have to discharge all patients that we cannot manage,” she said.

Also, Hassan Jimoh, president of LASUTH chapter of NARD, listed what he described as gross manpower shortage as a major challenge facing the hospitals in Lagos.

He said his association’s members are undergoing stress “and this is beginning to have serious effects on us.”

He said relatives of dead members have been denied their death in service insurance, adding that those alive also do not have access to their medical training funds and are owed many months’ salaries.

“As I speak to you, most places in the hospital are deserted. Any resident doctor found working will be sanctioned,” he said.

Ugochukwu Okeke, the president of the resident doctors at the Federal Medical Centre, Jabi, Abuja, however, said certain services were still ongoing because members of the Medical and Dental Council Association of Nigeria were still working.

“So you are not expected to see an empty hospital,” he said.

With his house literally burning, President Muhammadu Buhari has been away from the country for more than one week to keep his medical check-up appointment in the United Kingdom.

A statement issued on July 26 and signed by the special adviser to the President on media and publicity, Femi Adesina, noted that Mr Buhari would be in the UK for two weeks to attend a global education summit and also “spend time in London for a medical check-up.”

Mr Buhari’s critics have described the education summit as a smokescreen, insisting that his primary responsibility in the UK was to attend to his health.

This development they condemned, saying his frequent junkets, especially for medical care, is an indictment of his administration’s alleged failure to halt medical tourism abroad by the Nigerian elites.

Speaking with our reporter, a senior resident doctor at the Osun State University Teaching Hospital, Osogbo, Bello Olalekan, said though his hospital did join the strike, it is clear that there is no end in sight to the crisis rocking Nigeria’s health sector “until foreign medical trips by government officials are abolished.”

Similarly, Mr Lekan Oladapo of Lygel Youths and Leadership Initiatives (LYLI), a non-governmental organisation, described the President’s trip abroad as insensitive to the plight of many Nigerians, who he noted “are even struggling to afford high cost of healthcare in Nigeria.”

The Minister of Health, Osagie Ehanire, however, pledged the administration’s commitment to resolving the lingering conflicts between the government and the healthcare workers, and particularly the striking doctors.

He said he was optimistic that an ongoing talk with the doctors would yield positive results.

“The federal ministry of health is engaging resident doctors who have embarked on industrial action with a view to quickly resolving the issues. While this is ongoing, medical directors at federal and state hospitals are directed to ensure that service delivery is not disrupted in their centres,” Mr Ehanire said.

We’ll not tamper with forex in domiciliary accounts — CBN