“My ambition is to become a health information manager and ensure Marte gets adequate clinics,” says one of the displaced persons

Marte is a town in Borno State, North-East Nigeria. Farmers, herders, businesspeople and a few civil servants all lived peacefully together in the town until Boko Haram insurgents forced many to flee in 2014.

In 2014, some new faces arrived in the community to preach religion. Soon, the residents realised the new arrivals were terrorists who unleashed mayhem that year, turning the once-bustling community into a ghost of its former self.

Most males of Marte usually took to farming after completing secondary school and memorisation of the Quran, which is considered the height of literacy in Marte. For the females, average knowledge of the Quran and schooling up to Junior Secondary School (JSS) 3 were enough before they were married off at 18 or before.

This lifestyle would change entirely after the 2014 attack. Most of those who fled the town settled in Maiduguri, Borno State capital. Others moved to Bulabulin Alajiri, Ngarannam, Goni Kachallari and Shuwari where they now enjoy stable lives.

Maiduguri, a world of opportunities

One of those who fled is 28-year-old Babakura Tijjani. He would never have dreamt of Western education had

his village not been attacked in 2014. As the terrorists killed indiscriminately, Mr Tijjani and others in his household ran.

“When the insurgents began forcefully taking young men, I, my two older brothers and friends fled to Dikwa on motorcycle and from Dikwa to Maiduguri by car,” he narrated. “In Maiduguri, we settled in Abbaganaram and in mid-2015, out of loneliness, I enrolled in College of Health.

Many of his peers who fled Marte to Maiduguri had also either enrolled in tertiary institutions or were planning to do so at that time. 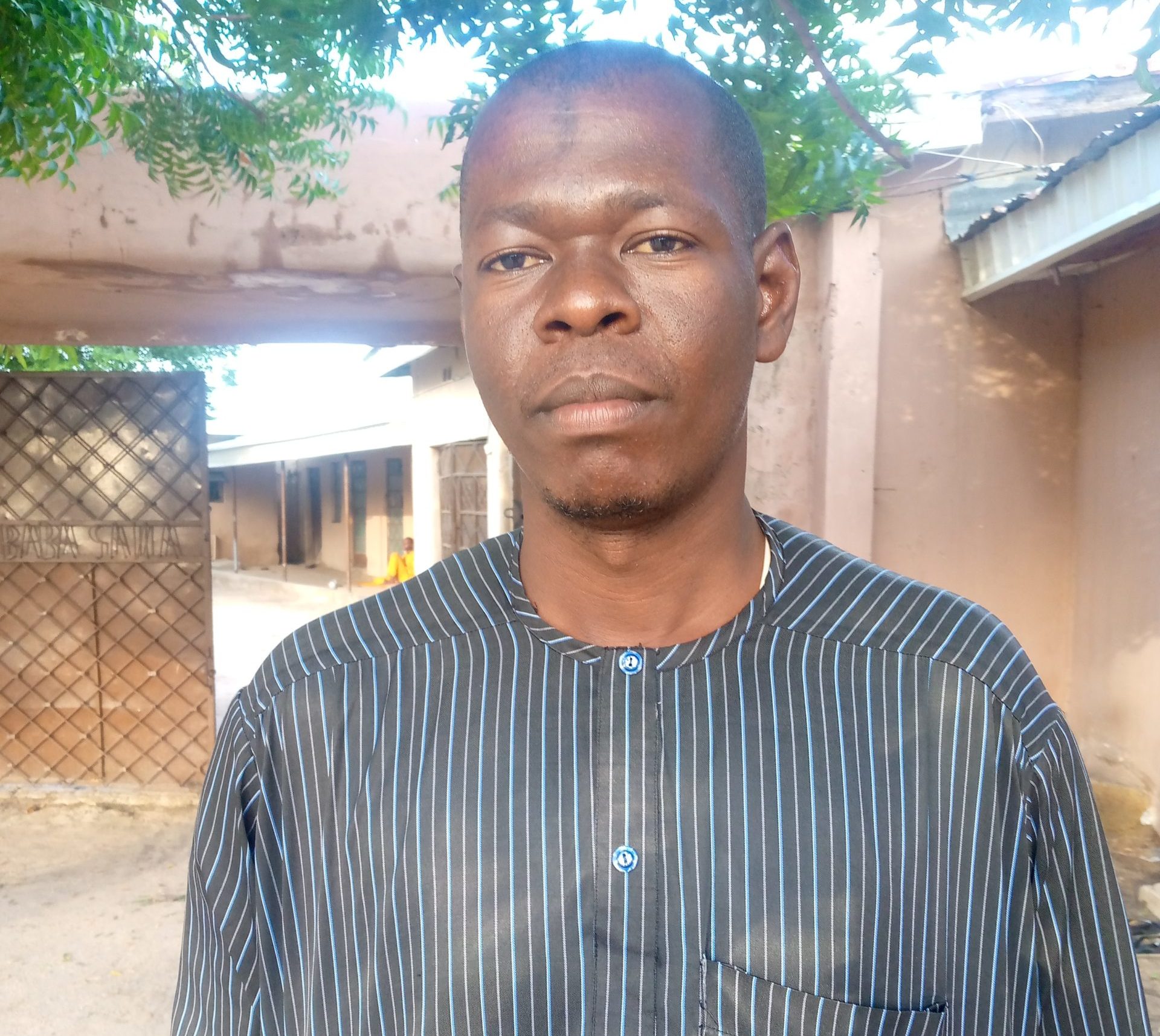 So Mr Tijjani and his brother Abba also decided to go to school. Abba enrolled to rewrite his school leaving examination and passed.

Mr Tijjani is currently a final year Higher National Diploma (HND) student of Health Information Management at the University of Maiduguri Teaching Hospital while Abba earned a National Diploma in Medical Laboratory Science in 2020 from the College of Health Technology, Maiduguri.

Both brothers fund their education themselves. Mr Tijjani said he plans to work as a health information manager and ensure Marte gets adequate clinics while Abba’s dream is to build a modern hospital in Marte someday.

Kachalla Ali, 29, is another youth from Marte who embraced western education after his forced migration to Maiduguri. He had completed secondary school in 2014 and was into trading in clothes at the only market in Marte when the terrorists attacked and his life changed for worse, and then for better.

“Two days before the total displacement in August 2014 when the activities of the insurgents became disturbing, I together with my parents and siblings fled. Most of their activities then were forcefully gathering people for preaching in the market and town squares.

“In 2015, after coming to Maiduguri, my father enrolled me in Ramat Polytechnic to study Marketing. I graduated in 2017 and in 2020 I got admitted into Federal Polytechnic, Damaturu for my HND in Accountancy,” Mr Ali said. 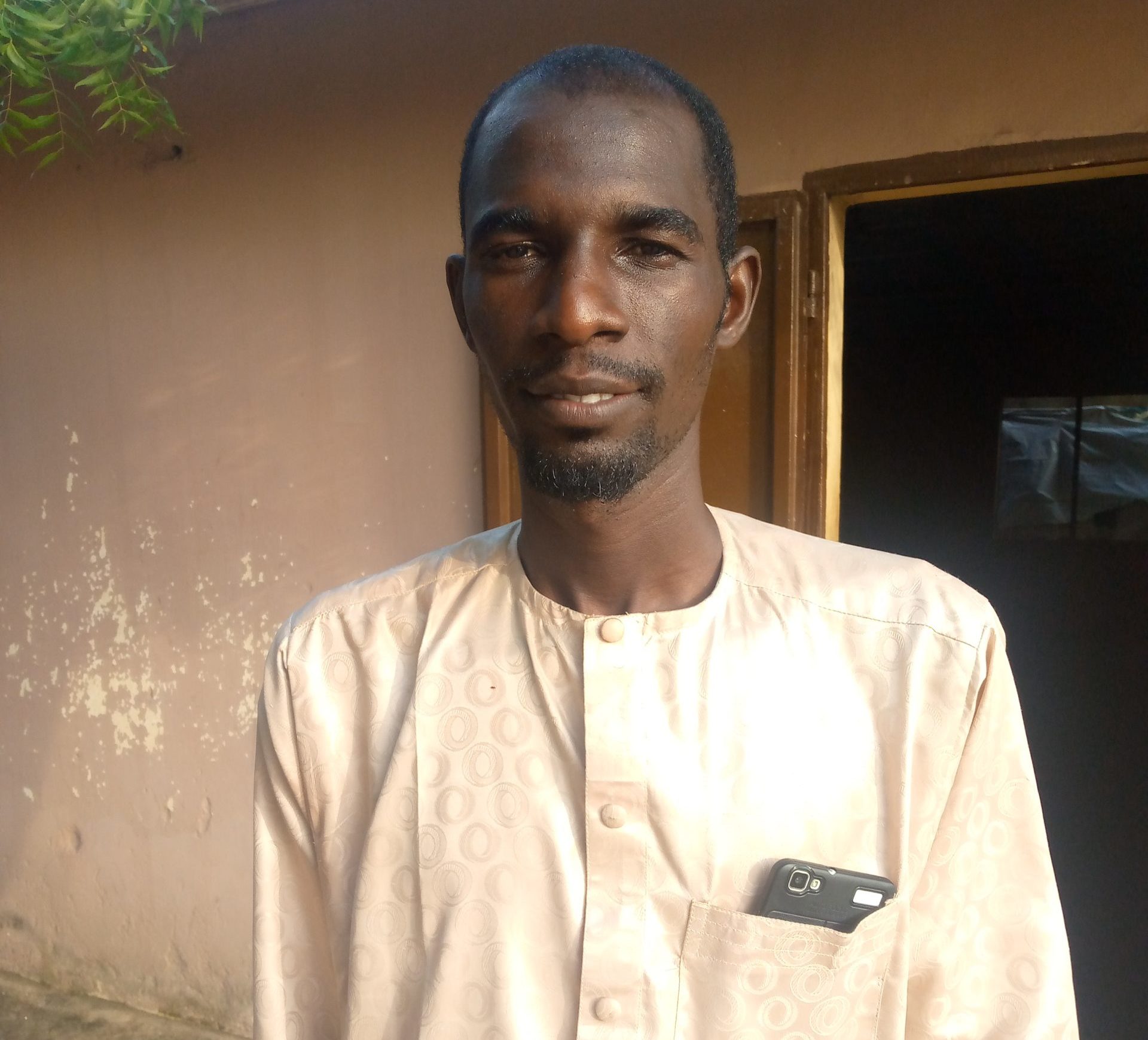 Bukar Butube, a father of 14, had lived peacefully in Marte as a civil servant and cattle rearer. The 60-year-old had his children in local primary and secondary schools at that time but the flight to the state capital has afforded some of them higher education.

He currently has one child in the College of Health Technology, Maiduguri, one in Ramat Polytechnic, two in primary and secondary schools and two are graduates working as civil servants in Marte local government.

Due to distance and age-long culture of obtaining only secondary and Islamic education, the likes of Messrs Tijjani, Abba, Ali and some others who spoke to this reporter would not have had a chance at western education.

The situation is gloomier for the females.

The Boko Haram insurgency in Northeast Nigeria started in 2009 when a group of young Islamists vowed to avenge the killing of their leader, Mohammed Yusuf, by the police. This, with the initial intent of imposing Sharia in Northern Nigeria, culminated in unprecedented terror and deaths of thousands.

According to the United Nations High Commissioner for Refugees (UNHCR), since 2014, over 3.2 million people have been displaced, including over 2.9 million internally (IDPs) in north-eastern Nigeria, over 684,000 IDPs in Cameroon, Chad and Niger and 304,000 refugees in the four countries.

Specifically, according to reports by the United Nations Development Programme (UNDP), over 1.8 million women have borne the brunt of the insurgency since 2009. In one of the most infamous instances, 276 Chibok schoolgirls were abducted by the terror sect in 2014. Only 130 have been rescued by the government, four fled later on their own but 112 are still missing.

Despite this, a few among the fleeing females of Marte town have realised their dreams of higher education. Before the insurgency, none of them dreamt of education beyond secondary school as far as people interviewed for this story could remember. This would change with the 2014 migration.

Hajara Muhammed, 27, is one of those who broke the jinx. She now has a National Diploma in Forestry Technology from Mohamet Goni College of Agriculture.

“What made me leave was that the insurgents, especially a few among the youth of the local government area recruited into the fight, began forcefully taking young girls like myself. Most of the girls taken are sisters and girlfriends of these men. They were then forced into marriage to themselves and fellow fighters.

“The fear of this made my father seek admission for me here at the College of Agric. as I was done with my SSCE. I left the day he came with my admission letter and two months later, the local government area was displaced,” Ms Mohammed said. 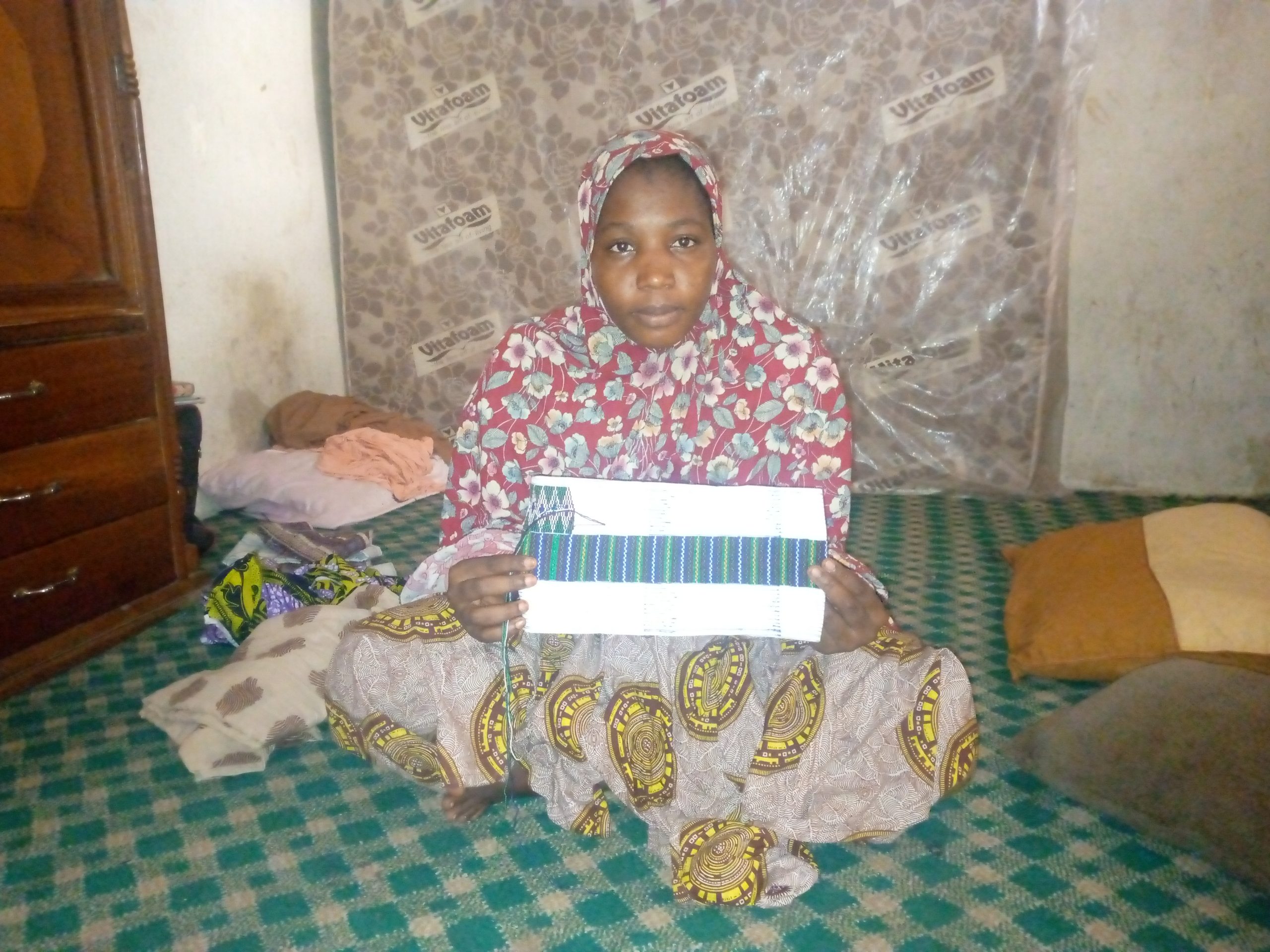 Owing to financial difficulties, Ms Mohammed has not been able to proceed with her education. Now in the business of knitting caps, she seeks assistance to go to university.

However, Mr Jibril said the choice of education depends on the family, stressing that even before the displacement, Marte had B.Sc., M.Sc., and PhD holders and professors. 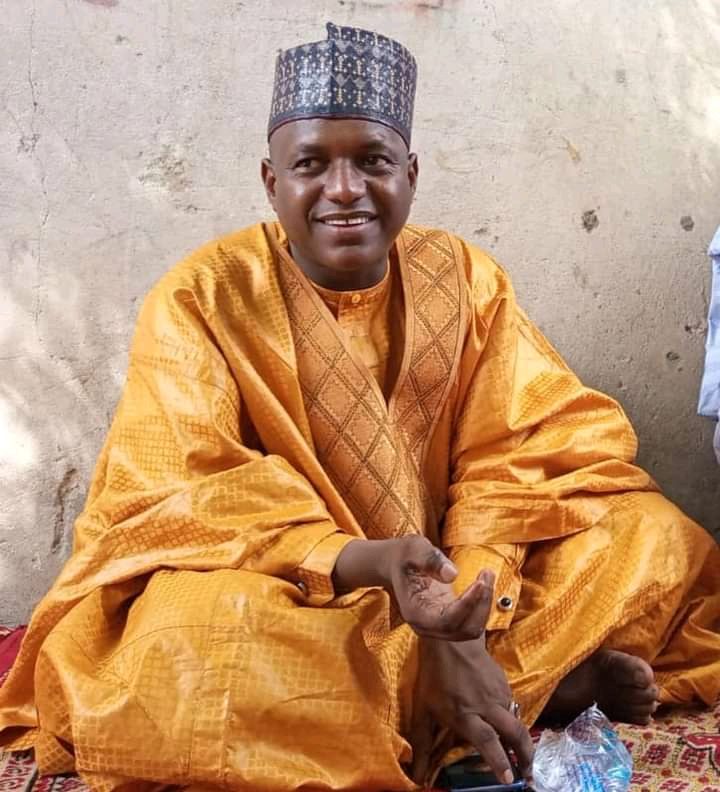 “The educational life depends on the family because some families do not like Western education. They prefer Islamic education entirely because they believe memorising the Quran is the only way of becoming literate.

“However, Marte now has more than five professors, one of whom is from my family. We as well have B.Sc., M.Sc. and PhD holders,” Mr Jibril said.

The council chairman said the government has been engaging those registered in the IDP camps and with help from the NGOs, has built primary and secondary schools in the camps.

As for those outside the IDP camps, he said locating them is difficult. However, he added that farmlands and implements have been made available for those in touch with the right authorities and were willing to farm.

He further added that more farmlands are available for those willing to return to their ancestral homes as the state government was evacuating IDPs from camps back to their original abodes. The camps, he said, will be closed in a few months.

Mr Jibril said the local government under him has given scholarship to 100 Marte indigenes at the University of Maiduguri and Borno State University, paid the registration fees of the Joint Admissions and Matriculations Board (JAMB), West African Examinations Council (WAEC) and National Examinations Council (NECO) of over 600 students also from Marte, among other achievements.

Support for this report was provided by Premium Times Centre for Investigative Journalism with funding support from Free Press Unlimited.