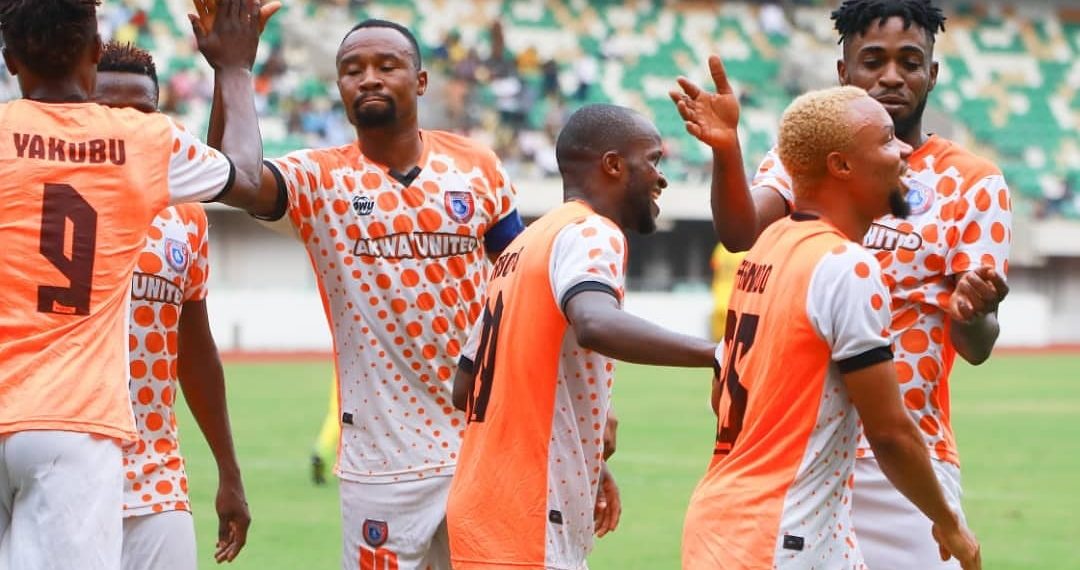 Akwa United have emerged as the champions of the Nigeria Professional Football League for the very first time in their history.

The Promise Keepers, as they are fondly called, sealed their first league title on Sunday following a comprehensive 5-2 win over MFM in Uyo at the Nest of Champions.

Charles Atshimene, who scored a hat trick, set the tone for what turned to be a goals’ feast when he headed the Promise Keepers in front from close range in the 24th minute.

Determined to get the victory needed to confirm them as champions, the hosts doubled their advantage late in the first half when Alimi Adebayo diverted Mfon Udoh’s cross into his own net.

Udoh was on hand to score the third goal for Akwa United two minutes after the hour mark.

The visitors were able to reduce the deficit when they pulled back a goal from the penalty spot in the 68th minute through Michael Mbonu.

Dennis Obasi was the MFM player fouled inside the box that gave the Olukoya Boys a lifeline.

Akwa United restored their three-goal when they scored their fourth of the game five minutes from time through Atshimene who had been on target earlier.

Obasi reduced the deficit for MFM two minutes from time.

Atshimene netted his third of the game on the dot of 90 minutes to make it 5-2 to the home team.

Kennedy Boboye’s side top the standings with 71 points from 37 matches.

Akwa United will be hoping to stretch their nine-game unbeaten run and also end the 2020-21 campaign on a winning note when they visit Lobi Stars on Thursday for their last league game of the season.