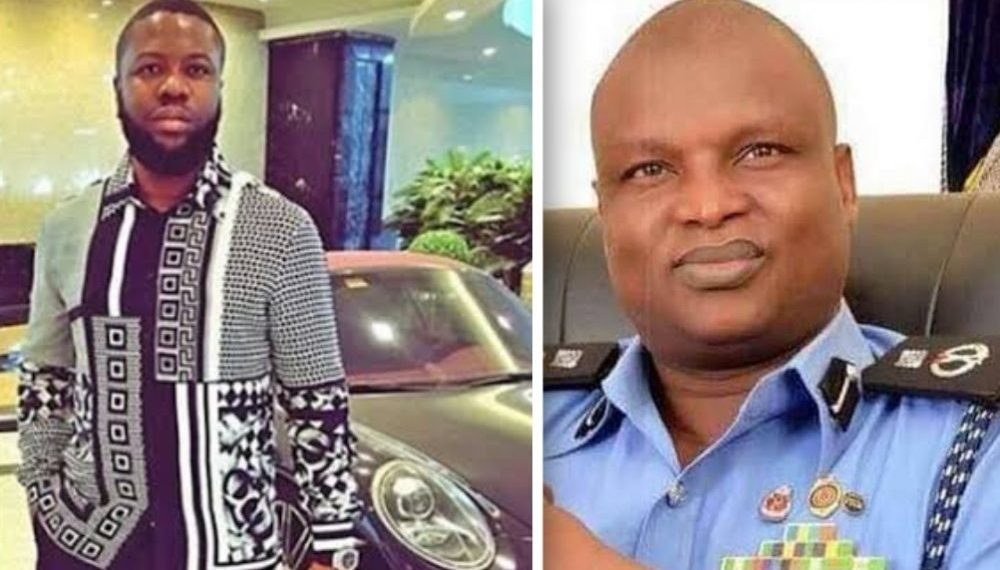 The United States government has described Abba Kyari, one of Nigeria’s celebrated cops, linked to a $1.1million transnational internet fraudsters, as a “serious risk defendant”.

A U.S. grand jury has approved three charges against Mr Kyari and five others for their roles in the scam spearheaded by a former Nigerian Instagram celebrity, Ramon Abbas, popularly known as Hushpuppi.

Hushpuppi, then a resident of Dubai in the United Arab Emirates (UAE), was arrested in June 2020 in connection to the case and other fraudulent schemes.

He was charged in a separate case and has now pleaded guilty at a U.S. District Court of Central District of California to the crime.

Approving the charges earlier proposed by the U.S. government, the grand jury alleged that Mr Kyari, Hushpuppi “together with others known and unknown to the Grand Jury, knowingly conspired to commit wire fraud, in violation of Title 18, United States Code, Section 1343”.

They were also accused of conducting financial transactions involving proceeds of unlawful activity, and aiding and abetting illegal use and transfer of a means of identification.

Following the grand jury’s approval of the charges, Otis Wright, the same judge handling Hushpuppi’s case, made the order unsealing the indictment against Mr Kyari and others on July 26.

The judge in issuing the unsealing order also granted the government’s request for a detention order and arrest warrant against Mr Kyari.

The U.S. government’s ‘Notice for Request of Request For Detention’ signed by an Assistant Attorney of the U.S government, Anil Antony, highlighted the reasons for asking for Mr Kyari’s arrest and his subsequent detention.

“Plaintiff, United States of America, by and through its counsel of record, hereby requests detention of defendant,” the document read, in part, and further gave “material factors” necessitating the request.

It said, the government “is entitled to detention hearing under § 3142(f)” because Mr Kyari as “serious risk defendant will flee”.

It also said the pretrial detention was requested “because no condition or combination of conditions will reasonably assure: the appearance of the defendant as required”.

A special agent of the Federal Bureau of Investigation (FBI), Andrew Innocenti, who detailed how a Qatari businessperson was swindled of the $1.1 million in a court document, said Hushpuppi brought Mr Kyari into the scheme to arrange the arrest of a rival ringleader, Chibuzo.

Mr Innocenti said Chibuzo, displeased with his cut of the proceeds of the crimes he was getting from Hushpuppi, had discouraged the victim businessperson from further making payments to other ringleaders in his bid to hijack the scheme.

The FBI agent revealed that in line with Hushpuppi’s instruction, Mr Kyari, a Nigerian deputy commissioner of police, arrested and jailed Mr Chibuzo for about month.

Mr Kyari sent Chibuzo’s photograph in custody to Hushpuppi, the federal agent said, adding that he “also facilitated payments from ABBAS to the Nigeria Police Force personnel who arrested CHIBUZO.”

The decorated Nigerian cop was also said to have told ABBAS that he would not allow CHIBUZO’s girlfriend to pay money to get CHIBUZO out of custody as he would have done for a ‘normal arrest’.

After Chibuzo’s arrest, the special agent said, “JUMA and ABBAS convinced the Victim Businessperson to make the payments of $299,983.58 described above.”

Mr Kyari has, however, denied any wrongdoing concerning the case.

He said he only responded to a ‘distress’ call from Hushpuppi who claimed Chibuzo wanted to kill his family members.

He said Mr Chibuzo was arrested by his team and later released.

According to him, it was found out that Chibuzo had no such murderous plan as alleged by Hushpuppi, but that the duo only had disagreement concerning money.

He said no one demanded money from Hushpuppi in handling the case.

The Nigerian police authorities on Thursday said it had commenced a ‘review’ into the allegations against one of its prominent law enforcement officers.

I won’t appear before you, deputy governor tells Zamfara lawmakers