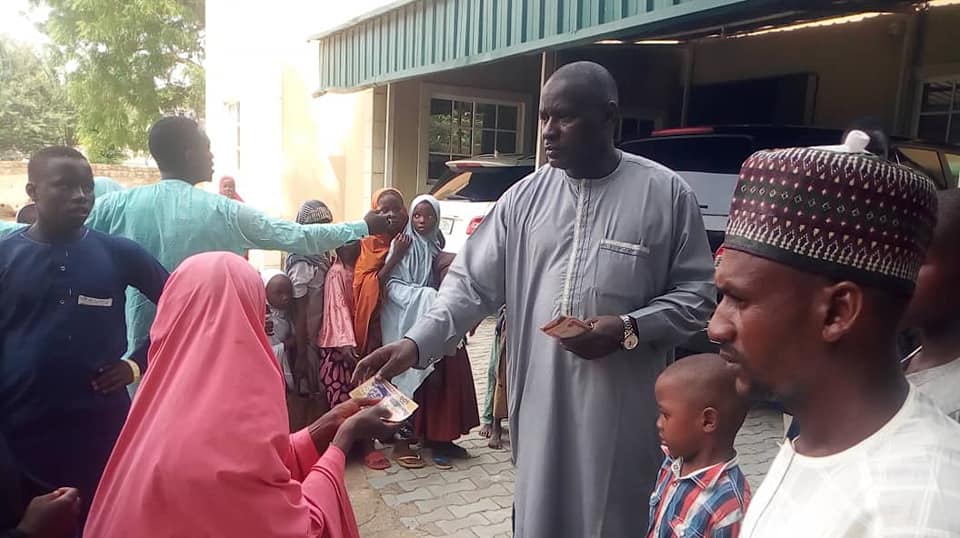 Ibrahim Abunna, a member of the House of Representatives, threw wads of Naira at men, women and elderly.

Although Nigerian lawmakers have been advised to visit and empower their constituents during the summer break, Ibrahim Abunna has taken this counsel to another level.

In a viral video, the Borno lawmaker was seen throwing money at people believed to be his constituents.

The ‘beneficiaries’, numbering over 100 , comprised men, women of different age groups, including the elderly.

Mr Abunna, who represents Dikwa/Kuduga/Mafa federal constituency of Borno State in the House of Representatives, portrayed his generosity from a balcony ignoring the risk of a stampede as the people struggled to catch the flying naira notes.

He also posted the act on his official Facebook page with the caption “distributing money to thousands.” 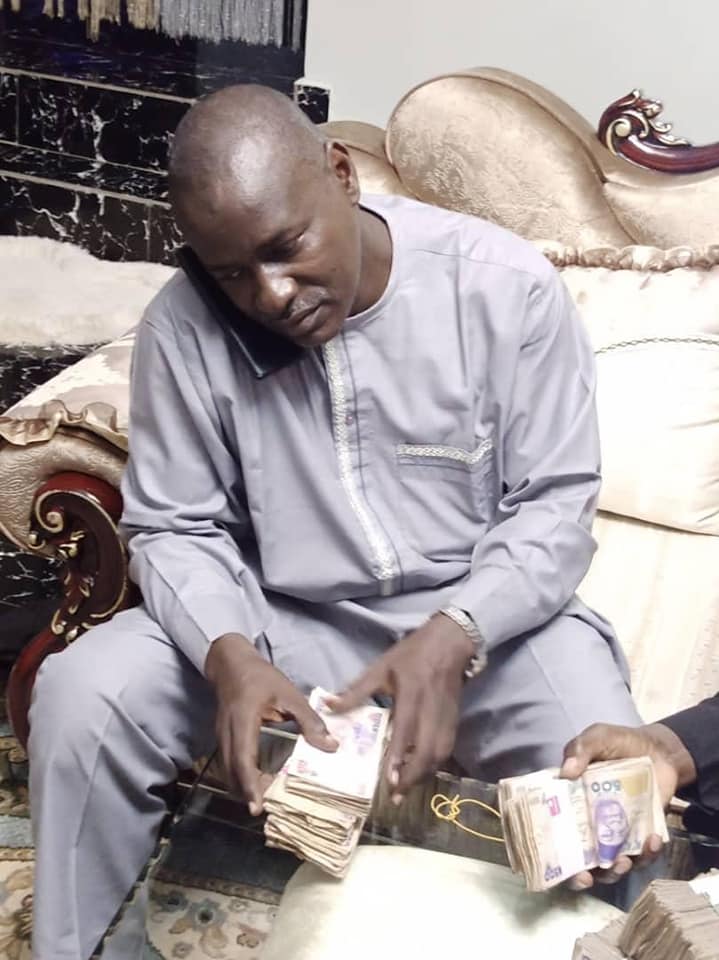 What the law says:

It is ironic yet unsurprising for a lawmaker to be seen publicly breaking the law.

Section 21(3,4,5) of the Central Bank of Nigeria (CBN) Act 2007 clearly prohibits any form of abuse of the Nigerian currency.

“For the avoidance of doubt, spraying of, dancing or matching on the Naira or any note issued by the Bank during social occasions or otherwise howsoever shall constitute an abuse and defacing of the Naira or such note and shall be punishable under Sub-section (1) of this section.

“It shall also be an offence punishable under Sub-section (1) of this section for any person to hawk, sell or otherwise trade in the Naira notes, coins or any other note issued by the Bank…

The law further says “Matching” includes spreading scattering or littering of any surface with any naira notes or coins and stepping thereon, regardless of the value, volume, occasion or intent.

Although, the law is seldom enforced by the government, as most Nigerians still indulge in spraying of money, lawmakers inclusive at public functions.

Already, Nigerians have taken to social media to condemn the act with many describing it as demeaning and insulting.

Others said there are better ways to gift and empower the people than spraying wads of cash in the air at the risk of a stampede.

Chidi Odinkalu, a human rights activist and former chairman of National Human Rights Commission (NHRC) , shared the video on Twitter and captioned it with heavy sarcasm.

Another Twitter user, @dortune4, wrote “This is what will keep Nigeria the way it is for a long time to come, the bigmanism mentality of the rich, this is what will make them keep stealing money by any means possible, the ‘rankadede’ way of life will make people will come n line up for scraps. Instead of holding politicians responsible for the harm they do to our Commonwealth.”

The lawmaker did not respond to calls made to his phone nor reply text messages sent to him.

Nigeria, according to World Poverty Clock, compiled by Brookings Institute, is the poverty capital of the world, after it overtook India in 2018.

The report says about six persons in Nigeria fall into poverty every minute and over 87 million Nigerians live below the poverty benchmark.

The level of poverty makes people to be vulnerable to political inducement and lawmakers are known for allegedly using the Zonal Intervention Fund also known as constituency projects to induce voters.

Despite the continuous lamentation of insufficient funds for legislative process, Nigerian lawmakers most often have enough to induce electorates.