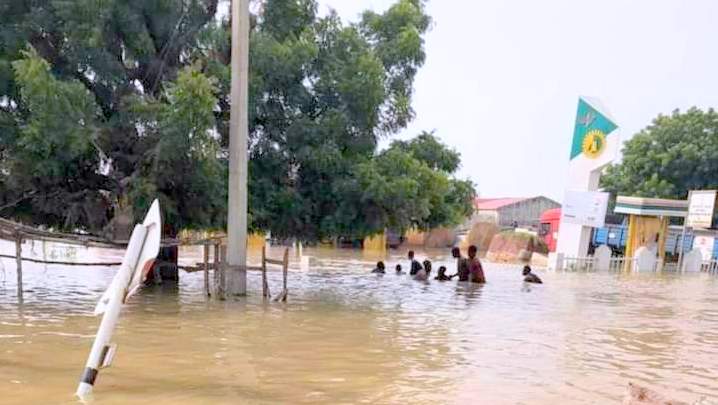 Over 800 houses were affected in Faskari, 400 in Bindawa and 300 in Sabuwa Local Government Areas (LGAs) of Katsina.

The Katsina State Emergency Management Agency (SEMA) says over 1,500 houses were affected by the heavy downpour experienced on Monday in three Local Government Areas of the state, according to Umar Mohammed, the Public Relations Officer (PRO) of the agency.

Mr Mohammed told the News Agency of Nigeria (NAN) on Wednesday in Katsina that out of the number, over 800 houses were affected in Faskari, 400 in Bindawa and 300 in Sabuwa Local Government Areas (LGAs).

He explained that in Bindawa LGA, the heavy rain, which lasted for almost five hours, caused the death of two persons, saying that the agency was already looking at how to assist the victims.

NAN recalled that the heavy rain, which started at about 10 a.m on Monday and stopped at about 4 p.m., forced many motorists to abandon their vehicles.

Some of the residents of Katsina metropolis who spoke with the NAN expressed worry over the flooding of some major streets due to the heavy downpour.

Many motorists driving along Kofar Kaura roundabout and some parts of the layout area of the metropolis were able to divert by using a single lane of the road to their various destinations.

One of the motorists, Muhammad Safana, described the situation as worrisome, saying that the situation could worsen if the heavy rains continued.

“As you have seen, the rain has caused flooding, which filled some major roads in the city, looking for a route to pass, and also some houses were affected.

“As I was passing through the Tudun Katsira layout, some buildings were also affected due to the lack of proper drainage in the areas. Even those areas with the drainage are blocked by refuse, which obstructs the free flow of water during the rainy season,” he said.

Abubakar Sani, another motorist, called on the state government to take immediate measures to prevent further recurrence of such incidents.

“I hope that following this incident, then, will serve as a reminder to the state government to take action immediately, to avert future recurrence,” Mr Sani said.