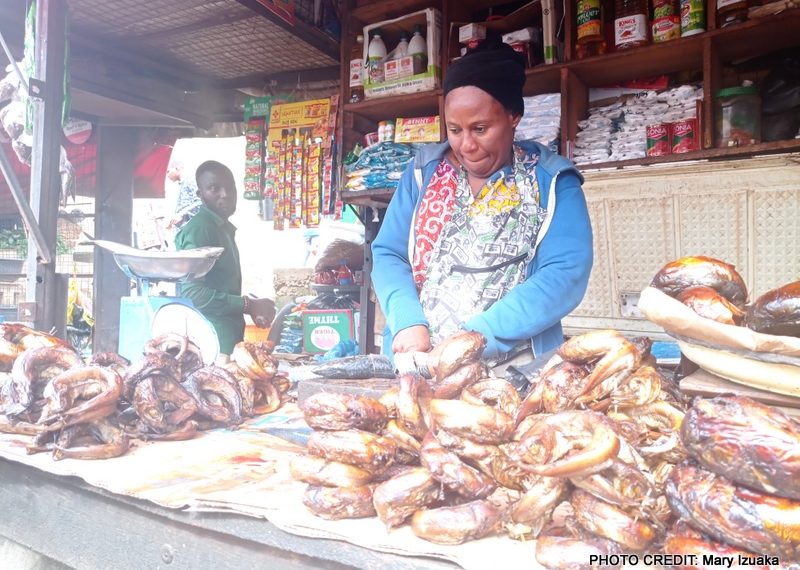 A fish seller at Garki market

SPECIAL REPORT: Prices of protein, carbohydrate-rich foods in Nigeria up 58%

Market surveys in seven states show that the prices of the cost of protein-rich foods rose by an average of 60.5 per cent while carbohydrate quickened 59 per cent.

The prices of protein and carbohydrate-rich foods in Nigeria rose at an average of 58 per cent in the last year, as the country continues to face insecurity, attacks on farmers, and economic problems aggravated by the coronavirus pandemic, a PREMIUM TIMES survey has shown.

Market surveys in seven states show that the prices of all food items dramatically skyrocketed, and the cost of protein-rich foods rose by an average of 60.5 per cent while carbohydrate quickened by 59 per cent.

The rise means Nigerians are spending a lot more to buy food and millions of low income-families find it difficult to get critical nutrients like protein needed especially by children for proper growth and development.

Food inflation in Nigeria fell for the third consecutive month to 21.83 per cent in June after reaching its highest rate in more than a decade. The peak rate in March was 22. 95 per cent.

Nigeria is not self-sufficient in food production, and the country relies on imports to supplement deficits in almost all types of food, from fish to sugar to maize.

Government initiatives to boost production have yielded little returns. In June, PREMIUM TIMES reported how the country has failed to produce enough cassava, perhaps the most widely consumed food in Nigeria, despite investments over decades.

The government closed its land borders in 2018 and blocked access to foreign exchange for food importers as part of efforts to discourage importation and grow domestic production.

With local production not rising as expected, the measures only led to a significant rise in food prices. Rising insecurity compounded the problem.

PREMIUM TIMES has examined how prices of food have risen in the last one year, and how the increase has affected consumers and farmers alike.

In this part of the series, we examined the prices of only protein and carbohydrate-based foods. The research covered meat (beef, chicken and goat), fish (fresh, iced and dried), crayfish, egg, garri, yam, cassava, and yam flour, and semovita/semolina. 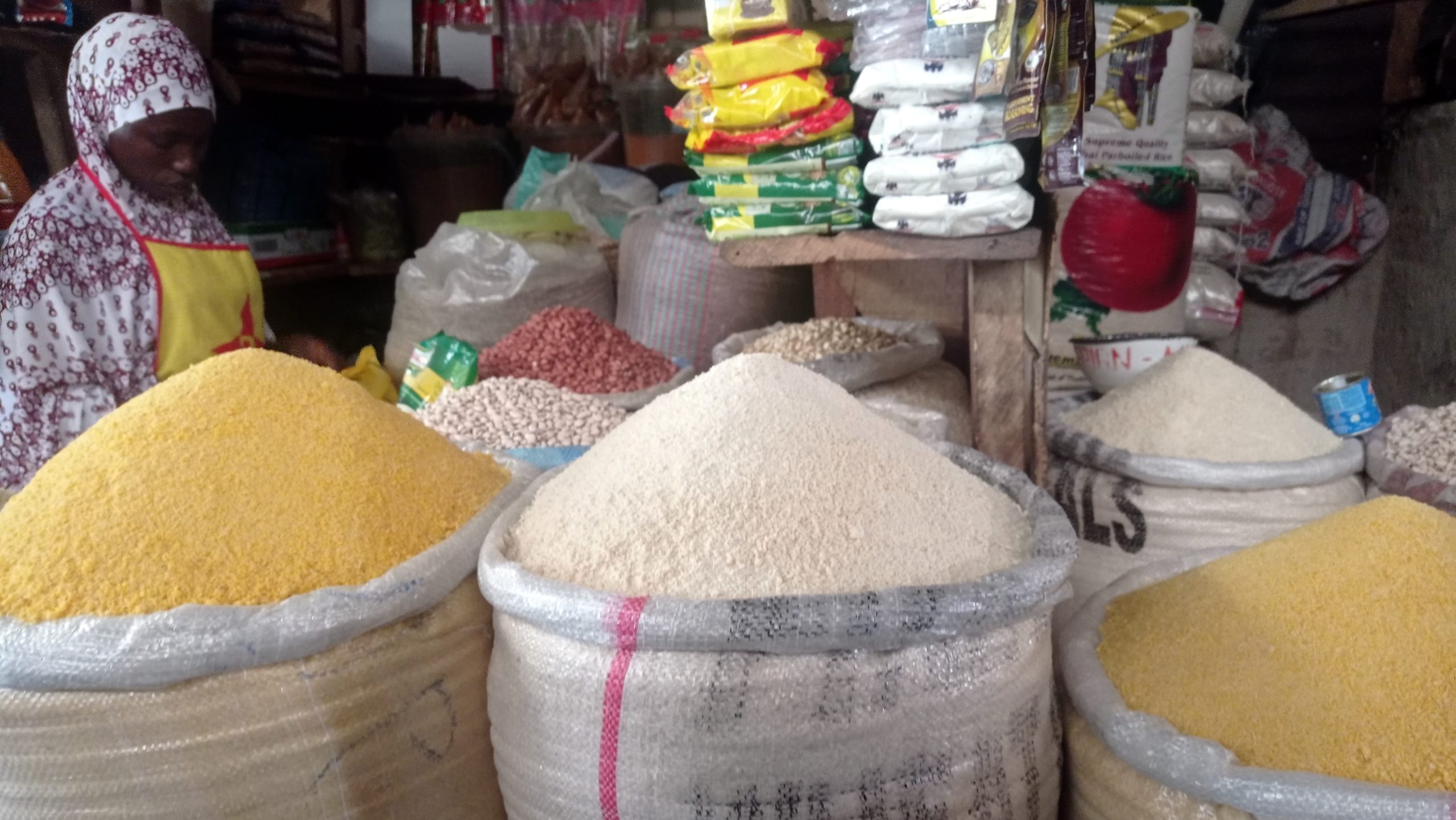 For carbohydrate-rich foods, the survey found that the price of a 1.5 kilogram of garri (popularly called a mudu) rose from N250 t0 N550 on average. In some states, garri sold in a 20-litre paint container went for N6500 against the previous price of N5000.

Chukwu Okoroafor, a trader at the Garki Model Market in Abuja, attributed the increase in the prices of garri to cost of production and insecurity in the country.

“Due to the cost of production, kidnapping in the farm, and the farmers/herders clashes, some farmers are no longer going to the farm. That’s why you see prices of things going high,” Mr Okorofor said.

“Last year I sold a mudu of yellow garri for N250 but as I am speaking with you now, it has doubled in price. A mudu is now N500.”

Auwalu Yusuf, a food seller in the same market, said prices went up as a result of supply problems.

“Companies hoarding the products just to increase it at their own time should please stop this,” he said.

A yam dealer at the market, Mallam Lawan, said the hike in food items has curtailed the purchasing power of consumers.

“If you come here some years back, I don’t think I will be able to listen to you because I will be busy attending to plenty of customers,” Mr Lawan told our reporter.

At Wuse market in Abuja, Alhaji Ibrahim, who has been in the business of selling dried fish for over 20 years, said prices doubled in the last two years to three years.

At the Olojudo market, Ido Ekiti in Ekiti State, Idowu Ojo, who sells cassava and yam flour, attributed the increase in the cost of food items to insecurity. 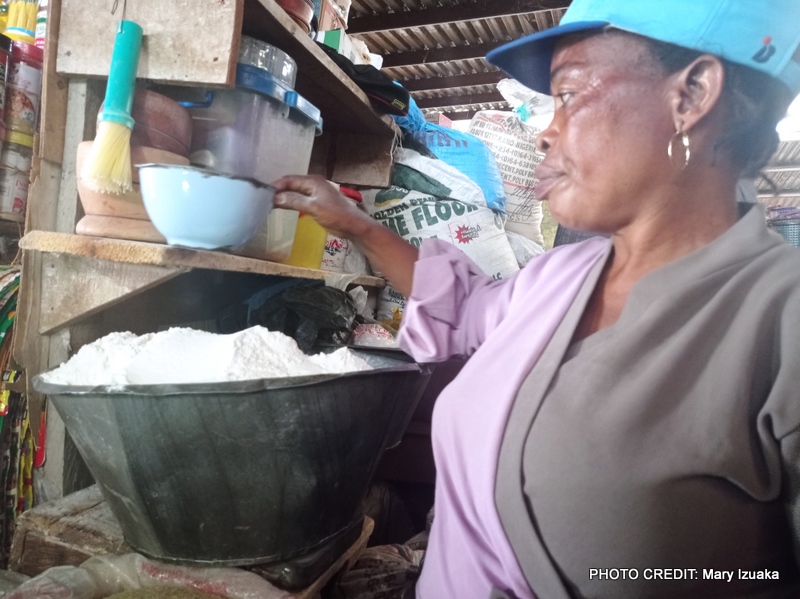 Bolanla Adetitun, a yam trader at the Olojudo market, also expressed worry over the rising cost of the commodity.

Kingsley Okonkwo, a trader at the same market, said scarcity and high cost of raw materials like corn for producing semovita was also a factor for price rise.

“I must tell you, I have ordered some bags of semovita but what most of the companies do now is to ration the products because they don’t even produce enough again,” he said.

At Ose market in Onitsha, Anambra State, Chioma Njoku, a yam seller, said, “I remember in 2017, I sold a tuber of yam from an average of N200 to N250 but now things are very difficult.

She explained that the high cost of transporting food commodities was one of the reasons for the hike in price.

At Agege market in Lagos, Soje Ayiba, a meat seller, lamented how prices of meat have risen in recent years.

“This is as a result of an increase in fuel price leading to rising in the cost of transporting the cattle and goats from the north down to the southern part of the country,” he said. 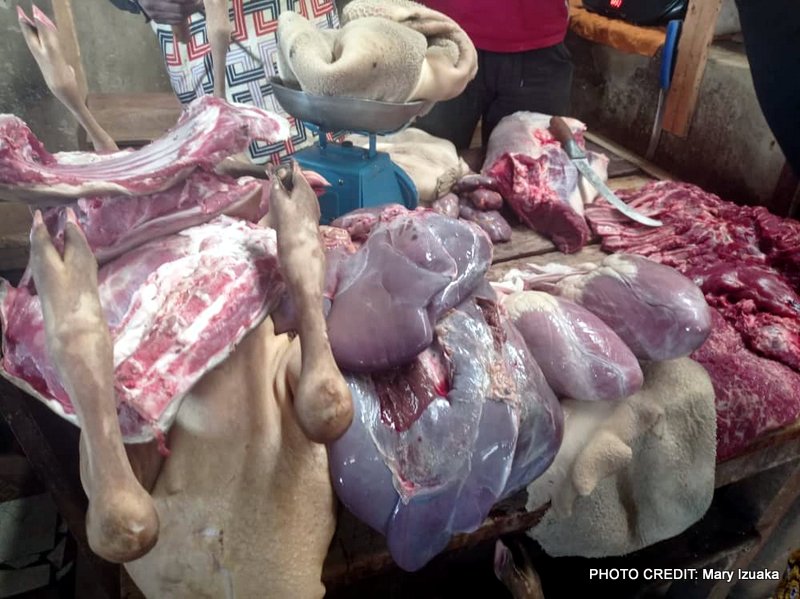 Olawoye Aremu, an egg trader said prices were up at the poultry farms as a result of costly feeds and ingredients like maize and soybeans.

The situation was no different in Ogun where residents lamented the high cost of food commodities in the state.

Alex Adeleye, a food vendor, who owns a restaurant in Abeokuta, said he has reduced the quantity of food he sells and increased the price to be able to make a profit.

”The prices of foodstuffs in the market are becoming so worrisome, due to this I have to reduce the quantity and still, increase the prices at which I sell to my customers,” he said.

Nike Ogundipe, a housewife and a mother of five, lamented how difficult it is to buy food items now.

“Before, when I go to the market with N5,000 I will still have a little change to go back home with, but now it is no longer like that, I now find it so difficult to even buy enough foodstuff with N5,000.

Ezeokoli Charity, who sells crayfish and dried fish at the Ipare market in Ondo State, attributed the increase in crayfish to the government. 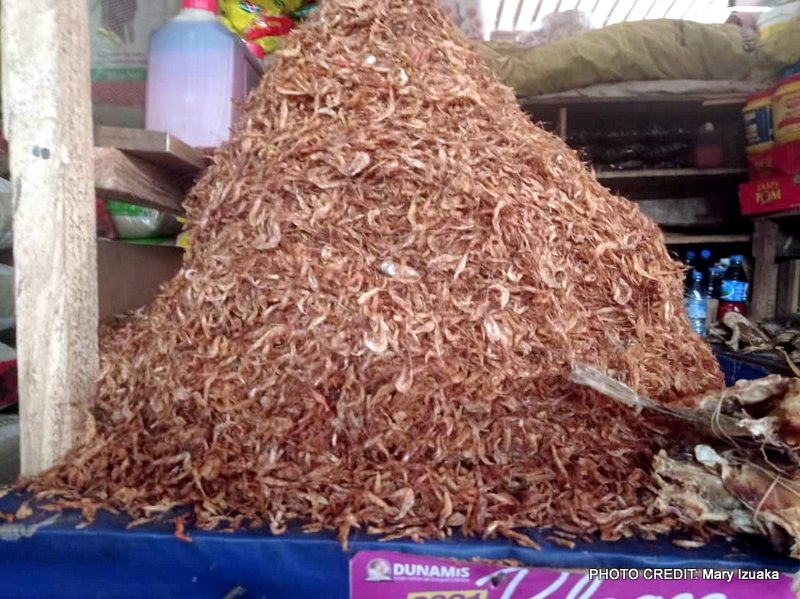 “The reason for this increase is bad government, this is the season of crayfish but still crayfish is not cheap in the market now.

At Angwar Rukuba market in Jos, Plateau State, a mudu of cassava flour which sold for N200 before now costs an average of N350 – N400.

The president of the National Association of Yam Farmers, Processors and Marketers, Simon Itwange, explained that insecurity has been a major factor in the increase in the price of yam.

He said this is coupled with the simple law of demand and supply.

“A lot of farmers are unable to go to their farms,” Mr Itwange said.

He added that multiple taxes as a result of the movement of the yam from one place to another, from several security checkpoints, add up to the cost of the yam and lack of storage facilities.

As a mitigating strategy for insecurity, he said they’ve devised a new method in which people are encouraged to plant yams in cement bags in their compounds and undeveloped plots within the city, and the yams are growing well.

“This will enable us to have yams available all year round,” he said.

Momoh Mustapha, who is the president of the Catfish Association of Farmers in Nigeria (CAFAN), gave the same reasons.

“The insecurity in the north is affecting the price, where we source our raw feed materials,” he said.

“Our fish farmers are still struggling to sell, they can’t break even to N1,000 presently for one kilo,” he said.

“Fishmongers and farmers are short-changed to manage to sell at the present price, even though they have their own local feed millers in Lagos.

Also speaking with PREMIUM TIMES, the national president, All Farmers Association of Nigeria (AFAN), Ibrahim Kabir, said there are many reasons why food prices have skyrocketed across the country but one of them he said, is that demand is outpacing supply.

“So there’s scarcity,” he said. “Secondly, the naira is also losing its value every passing day. You know the dollar now sells for about N500 so prices of all things not only food are going up.

“And the only way to solve the problem of food pricing is by producing optimally during this season otherwise the situation will escalate through the end of the year and next year we will have worst problems than we have already which portray troubles because we have the problem of insecurity due to banditry, kidnapping from other reasons but once it comes from hunger, it’s going to be more devastating because is going to affect so many people,” Mr Kabir said.

“So, we need to work very hard around the food system to make sure that we have food in the country.

“We must also try to follow the NIMET advice, we are taking advice as farmers that we should not plant in flood-prone areas so that what we will plant will not be flooded,” he added.

PT State of the Race: How presidential candidates plan to tackle insecurity in Nigeria

Peter Obi’s campaign lied about dissolution of Next UK