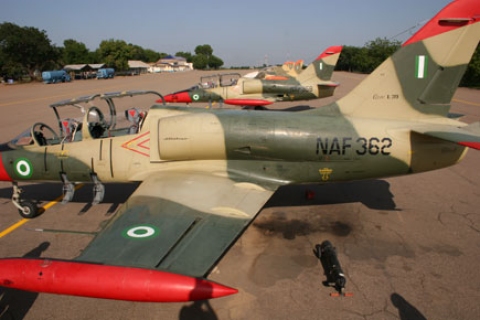 Nigerian Air Force records four crashes in six months: What to know about them

At least 20 officers also died during these tragic incidents, including senior army personnel.

The Nigerian Air Force (NAF) has suffered casualties in the last six months, losing at least four of its aircraft and several personnel.

At least 20 officers also died during these tragic incidents, including senior army personnel.

The most notable of the crashes was the one involving the Chief of Army Staff, Ibrahim Attahiru, and 10 others.

The crashes occurred even as the Air Force is trying to acquire more equipment to help in the fight against insurgents and bandits in various parts of the country.

The most recent is the acquisition of 12 super Tucano fighter jets.

The jets were sold to Nigeria by the U.S. to aid combat actions and air assaults. Six of them will arrive Nigeria before the end of July, according to military authorities.

The Air Force had last year stated that air fighters from the Nigeria are already in the U.S. receiving additional training on usage and the applications of the fighter jets when eventually added to the fleet of combat aircraft.

Seven personnel of The Nigerian Air Force (NAF) in February 2021 died in a Beechcraft King Air B350i crash on their way to Minna, Niger State.

The aircraft crashed after reporting engine failure, according to the aviation authorities.

The crash occurred around the Nnamdi Azikiwe International Airport in Abuja.

In April this year, a fighter Alpha Jet belonging to the Nigerian Air Force in the insurgency-ravaged Borno State in North-east Nigeria went missing.

The Air Force authorities said the fighter jet lost contact with the radar in Borno State earlier that day.

The military then said the plane disappeared while on interdiction mission in support of ground troops, a mission that was part of the ongoing counterinsurgency operations in the North-east.

Although the authorities insist that the plane did not crash, nothing has been heard about it till date.

However, Boko Haram terror group then released a video showing its fighters shooting at an aircraft believed to be the alpha jet that was declared missing.

In a seven-minute, thirty seconds video, the jet was seen flying low to the ground while the insurgents shot at it.

A passenger jet belonging to the Nigerian Air Force on 21 May crashed around the Kaduna airport.

The Chief of Army staff, Ibrahim Attahiru, was killed in the crash alongside 10 other military personnel.

The incident happened as the plane was trying to land in bad weather, the military said.

The crash was one of the most tragic due to the number of senior military personnel involved. There were about five generals onboard.

The Nigerian Air Force on July 18 announced that one of its Alpha jets was shot down after coming under intense fire by bandits operating between Kaduna and Zamfara states.

According to the authorities, the pilot, Abayomi Dairo, a flight lieutenant, was able to survive after deploying his ‘survival insticts’.

The aircraft was reduced to a wreckage after the incident.

History of Nigeria at the Olympic Games since 1952