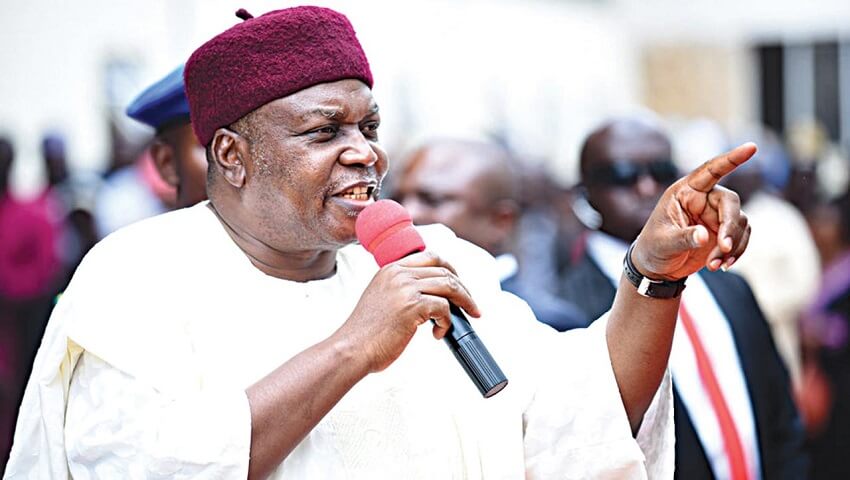 Taraba government under fire over sale of employment forms

The Taraba State government has drawn the anger of indigenes of the state over the ongoing sale of forms to applicants who seek to work in the state’s civil service.

The state government a few weeks ago lifted an embargo on employment into the state civil service through an announcement by the Office of the Head of Service of the state.

Subsequently, the state’s Civil Service Commission (CSC) directed interested indigenes to apply by obtaining an online application form at the cost of N3,500.

The commission also directed workers who want to transfer their services from local government to the state service or across ministries, departments and agencies to also obtain a transfer of service form by paying N3,000 to the state government’s account with Zenith Bank.

The government had conduced a similar employment exercise in 2017 but less than 10 per cent of the over 30,000 applicants were employed.

Premium Times gathered that mostly applicants with government connection got employed in the 2017 exercise from which the government raked in over N100 million from the sale of forms.

That experience has fueled a suspicion that the current exercise is another ploy by the government to generate revenue from people desperate for employment.

The suspicion is butressed by the fact that the state government has not been paying gratuities and pensions to retired workers while payment of salaries of civil servants is not regular.

A former chairman of the Nigeria Labour Congress (NLC) in the state, Jonah Kataps, described the sale of application for employment forms as unfair.

Mr Kataps said if the government was sincere about offering employment, it should first consider those who applied but were not picked in 2017.

“What happened to the 2017 data? Was it just a kangaroo exercise?”

Mr Kataps who was also the chairman of the Nigerian Union of Teachers (NUT) and the immediate past chairman of the Local Government Service Commission in the state, said: “If government wants to genuinely give employment to the unemployed, why charge N3,500? Do it for free.

“But that is even not my biggest worry. Why not regularly pay those on ground and clear the arrears of salaries and pay retired civil servants their benefits first?”

A former chairman of the Nigerian Union of Local Government Employee (NULGE) in the state, Obidah Bitrus, said it is unfair to charge applicants fees for forms in the face of the current economic challenges in the country.

“I don’t see the rationale and justification behind such an act. Government is supposed to take care of its citizens, not add more to their pains in this period of economic and security challenges whereby people are finding it difficult to survive,” Mr Bitrus said.

Also, the state chairman of the Coalition of Civil Society of Nigeria, Gimba Joseph, expressed suspicion that the government wants to use the exercise to generate revenue.

He said instead of the government levying job seekers, “it should seek legitimate means to generate revenue, like the ongoing property registration exercise it is undertaking”, which he said is capable of generating billions of naira to the state.

“Some years back such an exercise was conducted and only a few persons were employed,” he said.

Mr Joseph said he could not see the justification for a fresh exercise when there are hundreds of graduates serving in various agencies as casual workers.

“We know that some people have been working in different extablishments for five to 10 years as casual workers. If there is an opportunity they should first be considered.

“That will serve as a form of motivation for others that will eventually find themselves in such positions,” he added.

When contacted, the state NLC Chairman, Peter Jediel, said he could not speak as he was recuperating in the hospital after being recently released by kidnappers.

The Head of Service, Suzy Nathan, offered no comment on the subject.

Instead, she directed our correspondent to the office of the chairman of the CSC, saying the commission is in charge of the process.

But the chairman of the commission, Baba Maman, said there was no need for the public anger over the development “as nobody was being coerced to apply for employment in the exercise.”

“It is an application, whosoever wants to apply, let him apply, we are not forcing anyone to pay,” Mr Maman said and refused to speak any further.