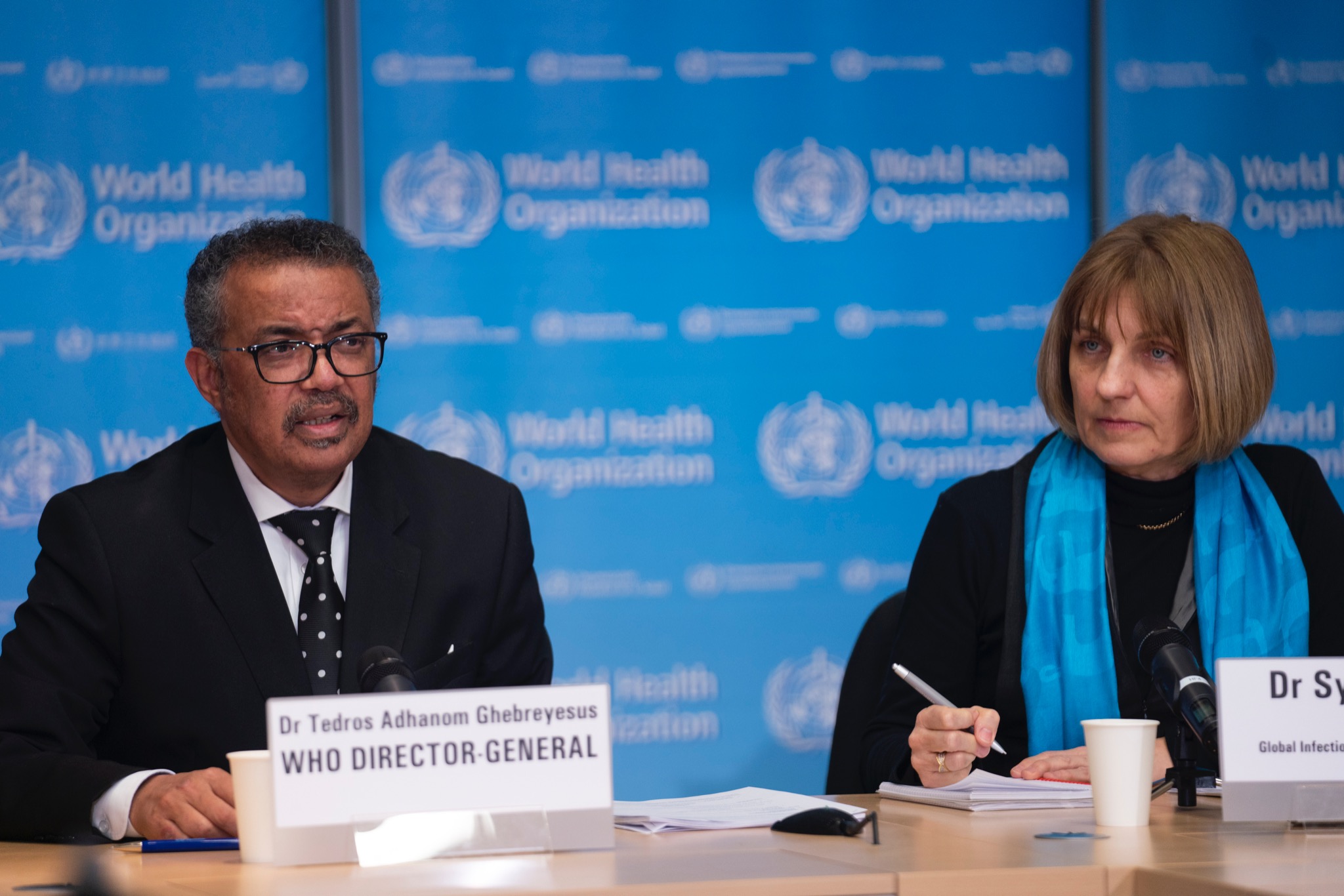 There are increases in the delta variant recorded in all but one of WHO’s six regions.

The World Health Organisation (WHO) has warned that the COVID-19 Delta variant was ripping around the world at a scorching pace, driving a new spike in cases and deaths from COVID-19.

WHO Director-General, Tedros Ghebreyesus, said this at a media briefing on COVID-19 on Monday at WHO headquarters in Geneva.

PREMIUM TIMES reported how two days after the confirmation of the ‘most transmissible’ delta variant in Nigeria, cases are now consistently on the rise again in the country.

In his speech posted on WHO website, the director-general said last week marked the fourth consecutive week of increasing cases of COVID-19 globally, with increases recorded in all but one of WHO’s six regions.

He said after 10 weeks of decline, deaths were increasing again such that “the Delta variant is ripping around the world at a scorching pace, driving a new spike in cases and death”.

“Not everywhere is taking the same hit though, we’re in the midst of a growing two-track pandemic where the haves and have-nots within and between countries are increasingly divergent.

“In places with high vaccination coverage, Delta is spreading quickly; especially infecting unprotected and vulnerable people and steadily putting pressure back on health systems,’’ he said.

He added that in low-income countries, exhausted health workers were battling to save lives among shortages of personal protective equipment, oxygen and treatments.

Mr Ghebreyesus explained that vaccines had never been the way out of the crisis on their own, but the current wave is demonstrating what a “powerful tool they are”.

“We are experiencing a worsening public health emergency that further threatens lives, livelihoods and a sound global economic recovery.

“It is definitely worse in places that have very few vaccines, but the pandemic is not over, anywhere,” he added.

The WHO’s head reiterated that the global gap in vaccine supply was hugely uneven and inequitable.

“Some countries and regions are actually ordering millions of booster doses, before other countries have had supplies to vaccinate their health workers and most vulnerable,” he said.

He added that data had shown vaccination offered long lasting immunity against severe and deadly COVID-19, and instead of Moderna and Pfizer prioritising the supply of vaccines as boosters to countries whose populations have relatively high coverage.

Mr Ghebreyesus appealed to those countries to channel supply to the COVAX global initiative, the Africa Vaccine Acquisition Task Team, and low-middle income countries, while tens of millions of donations of shots were starting to come through.

“The whole world is sick and tired, and everyone wants to open up and ending the pandemic is key; when we have a pandemic everywhere, the virus will continue to circulate”, the UN correspondent of the News Agency of Nigeria (NAN) quoted the WHO DG as saying.

He also said it was “extremely disappointing” to see countries that had vaccinated most of their population with two doses, thinking about a third. “It actually makes no sense,” he said.

The director-general also explained that vaccine sharing does not necessarily mean giving vaccines for free.

“I have a list of countries that say they have money, they can pay, but there are no vaccines. The world has the means to increase production quickly, what we lack is global leadership,” he added.

The WHO director-general reiterated that pharmaceutical companies must share their licenses, know-how and technology.

“Do what AstraZeneca is doing” he said, which started in Europe but has production in India, Korea, Australia and Japan, with more expansion planned, explaining that this gives COVAX the green light to buy vaccines from additional facilities”.

Ann Lindstrand, WHO COVAX co-lead, explained that currently there wasn’t enough evidence pointing to a need for booster doses.

“If you have a full course of vaccination of any of the WHO approved vaccines, you have a good protection,” she explained.

WHO Chief scientist, Soumiya Swaminathan, also said that while there had been an increase of infections in vaccinated populations, there had not been more hospitalisations.

“There are reports coming in that vaccinated populations are having cases of infection, particularly Delta, but the majority of them are mild. The people in the hospitals are unvaccinated,” she explained.

Ms Swaminathan reminded that decisions about booster doses should be made based on data and not “on companies saying we need a third dose”.