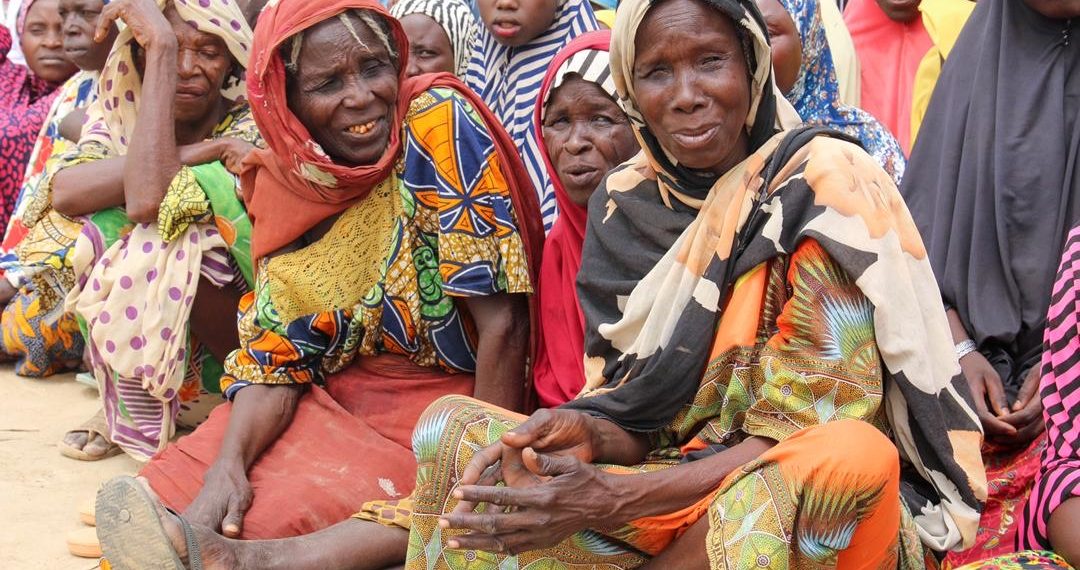 The report estimates that through the end of 2020, the conflict in the North-east will have resulted in nearly 350,000 deaths, with 314,000 of those from indirect causes.

Insurgency-related conflicts claimed the lives of almost 350,000 lives in the North-eastern part of Nigeria up till the end 2020, a new report of the United Nations Develop Programme (UNDP) has said.

The report said insurgency directly resulted to the death of 35,000 people in three states in the region, while an estimated 314,000 people died “from indirect causes” in the entire North-east region.

Since 2009, the North-east has been the theatre of the violent campaigns of the Islamic extremist group, Boko Haram, its breakaway group, the Islamic State’s West Africa Province (ISWAP), and counter-insurgency forces.

PREMIUM TIMES had reported that the United Nations Office for the Coordination of Humanitarian Affairs (OCHA), in  an August 2019 report, said insurgency activities of extremist Islamic groups had led to the death of an estimated 35,000 persons in Adamawa, Borno, and Yobe states.

The UNDP confirmed, in its latest report released on June 24, 2021, that “national data” showed that “conflict has directly resulted in the deaths of 35,000 people in the states of Borno, Adamawa, and Yobe as a result of battle or one-sided violence since 2009″.

“The report estimates that through the end of 2020, the conflict in the north-east will have resulted in nearly 350,000 deaths, with 314,000 of those from indirect causes,” the UNDP Resident Representative, Mohamed Yahya, said in a statement.

The statement gave the major highlights in the report entitled, ‘Assessing the Impact of Conflict on Development in North-east Nigeria’.

According to Mr Yahaya, the findings in the report showed that “for each casualty caused directly by insurgency, an additional nine people, primarily children, have lost their lives due to a lack of food and resources – and more than 90 per cent of conflict-attributable deaths are of children under the age of five”.

He said critical aspect of progress and development, including Gross Domestic Product (GDP), poverty, malnutrition, infant mortality, education, water availability and sanitation, might not return to pre-conflict levels in the region even by 2030.

The report further noted that the economic destruction brought by the insurgency “has dismantled already fragile health and food systems with less than 60 per cent of health facilities in Adamawa, Borno, and Yobe states are fully functional, while a quarter is either destroyed or non-functional.”

“Without continued investment in development as a long-term solution, the protracted conflict in North-east Nigeria will continue to impact other parts of the country and the entire Sahel region,” Mr Yahya said.

The report added that for every year that conflict continues, infants and children are the most impacted – with about 170 children under five years die daily – and by 2030, it is estimated to grow by 240.

It said women and children make up 80 per cent of the displaced population in the North-east and have limited options for work and survival, including difficulties accessing resources.

In 2020, findings from the report estimates that 1.8 million students were out of school who would have been enrolled if not for conflict.

It said by 2030, in the ‘Conflict scenario’, the average Nigerian in the BAY (Borno, Adamawa, and Yobe) states will have had a full year (20 per cent) of education less than expected in the No-Conflict scenario.

As of 2019, 81 per cent of people living in Yobe, 64 per cent in Borno, and 60 per cent in Adamawa suffer from multidimensional poverty, a measure that accounts for deprivation with respect to standards of living, health, and education, the report says.

The report findings suggest that to overcome the conflict, development efforts need to be focused on the stabilisation of affected areas through a community-level approach that enhances physical security and access to justice, rehabilitation of essential infrastructure and basic service delivery as well as the revitalisation of the local economy such as market stalls, schools and police stations.

It added, “There is a need for international partners and national stakeholders to ensure that funds are invested not only on life-saving and humanitarian needs but also mid-and long-term development priorities in order to enable Nigeria to achieve the SDGs and attain the AU 2063”.

Conflicts in the region has led to massive internal displacement with more than 1.8 million Nigerians displaced in Adamawa, Borno, and Yobe states, with the vast majority (nearly 1.5 million) located in Borno, according to data from the UN.

Recently, the United Nations Mine Action Service (UNMAS) said in a report in June, that it had collated an estimated 1,366 incidents involving explosive hazards from January 2016 to April 2021, in the North-east region.

Baba Ijesha: ‘We will work against Nkechi Blessing in this industry’- Jide Kosoko