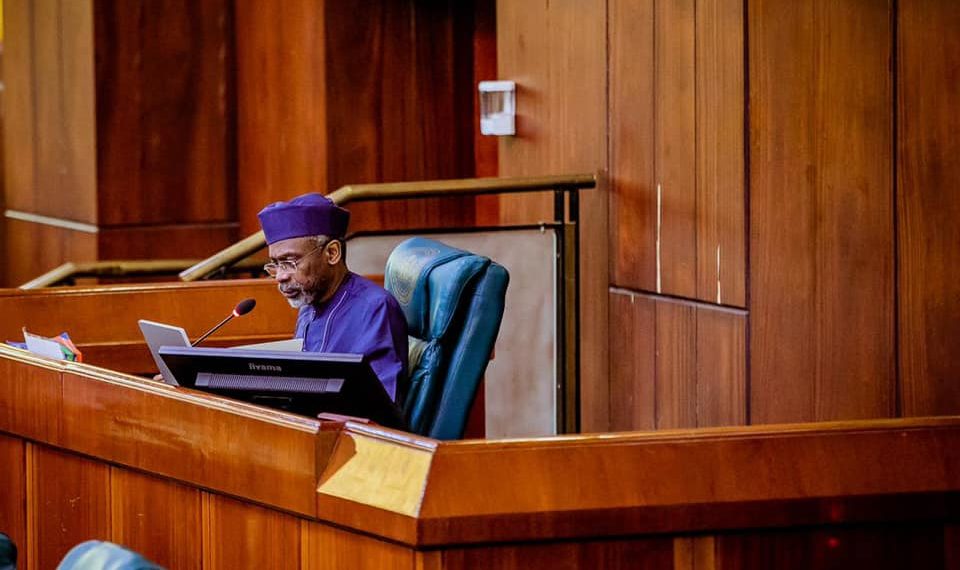 Why Social Media must be regulated – Gbajabiamila

"It is something we need to do because we have a responsibility to protect every single citizen in this country and that is what we must do,” Mr Gbajabiamila said.

The Speaker of the House of Representatives, Femi Gbajabiamila, has said social media must be regulated to prevent its “evil’ from taking root in the country.

He said the National Assembly had been considering regulating social media for a long time, but that it was reluctant due to outcries by Nigerians.

While acknowledging the good of the platforms, he noted that social media is “the most potent weapon for good and evil.”

Mr Gbajabimaila disclosed this on Sunday at the “Mr Speaker Chat with young Nigerians,” a programme on Channels TV.

Mr Gbajabiamila’s position puts a question mark on the investigation by the House into the Twitter ban.

On the 4th of June, the federal government announced the suspension of the operation of Twitter in Nigeria. The move by the government came some few days after the microblogging site pulled down a tweet by President Muhammadu Buhari.

Consequently, the lower legislative chamber had set up a joint committee to look into the ban.

The joint committee of the House, last Tuesday, held a public hearing into the matter.

PREMIUM TIMES reported how some members of the committee openly endorsed the ban.

Fatuhu Mahammad, the lawmaker representing Daura Federal Constituency of Katsina State where Mr Buhari hails from, openly canvassed the regulation of social media at the hearing.

The Minister of information and Culture, Lai Mohammed, appeared before the joint committee, during which he gave the laws backing the action of the government to suspend Twitter.

The joint committee is expected to present its report on Tuesday.

“Weapon for good and evil”

“Social media is the most potent weapon for good and for evil. While we welcome the good, we must prepare over the evil. You cannot use the idea of free speech to destroy me,” Mr Gbajabiamila said.

“Most democracies in the world today are making efforts to regulate social media and the National Assembly has been considering regulating social media for a long time. But each time the issue comes up, Nigerians kick against it.

“It is something we need to do because we have a responsibility to protect every single citizen in this country and that is what we must do.”

The Speaker said though the lawmakers were elected by the people and should be on their side, the House must listen to all sides on the matter.

He said, “We are elected by the people to represent them and ordinarily, we should be on their side. But this is not a beauty contest. You must listen to all sides. Government says Twitter poses a threat to national security. What is the information available to them that we are not privy to?

“They have also said that it is not about the President’s tweet which was taken down but a mere coincidence. We are listening to the government because we have heard from the people.

“We agree that there is freedom of speech but the government is saying that freedom is not absolute. Even at that, the freedom can be protected but not at the instance of the country.

Mr Gbajabiamila expressed happiness that the federal government and Twitter have commenced talks, adding “In the end, I hope that the issue will be resolved in the best way possible.”

Past attempts to regulate social media

In the 8th Assembly, “Prohibit Frivolous Petitions and Other Matters Connected Therewith Bill” was sponsored by Bala Na’Allah, a senator from Kebbi State.

The bill, however, was challenged by Nigerians with the hashtag #NotoSocialmediabill.

The bill scales second reading but did not make it beyond that.

In 2019, another one “Internet Falsehood and Manipulation Bill 2019” was introduced to the Senate by Sani Musa, a senator from Niger State.

Although it caused outrage, the bill has neither been passed nor rejected by the lawmakers.

The microblogging site has already expressed willingness to meet with the government to resolve the issue.

Last week, the government announced a team led by the information and culture minister to meet the Twitter team.

Tunji Bello: A mentor extraordinaire at 60, By Louis Odion