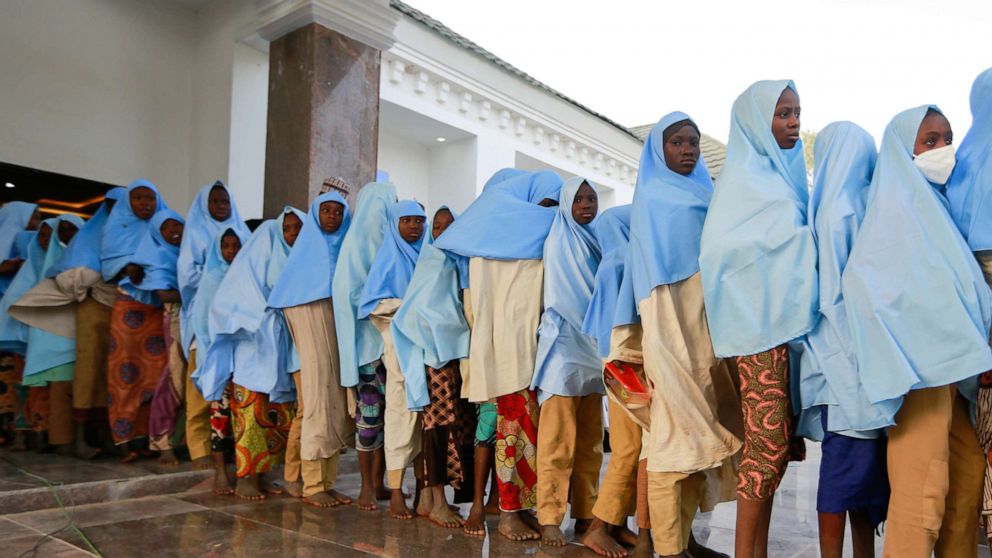 Kidnapped Nigerian students who are still with their abductors

At least three groups of students are still in captivity, weeks after they were abducted by criminal gangs in Niger, Kaduna and Kebbi states

The Nigerian education sector has, in the past months, been badly hit by incessant mass abductions of students in the northern parts of the country.

This has been identified as a major threat to the advancement of education, particularly in the Northern region, which has the highest rate of out-of-school children in the country.

The recurring pattern before this year is that the mass abduction is executed one after the other but this has seemingly been distorted as different categories of students from different states are being held in captivity simultaneously.

The dynamics, however, points to the thriving business of banditry as criminal gangs have taken advantage of ineffective governance and weak security presence to continue their reign of terror in villages and schools.

The bandits maintain hideouts in the forests, especially the Rugu forest, which links Zamfara, Katsina, Kaduna and Niger states.

PREMIUM TIMES’s review showed that three categories of students are yet to be released after spending weeks with their abductors.

The three groups are the most recent of the 11 mass abductions of students carried out since 2014, according to a timeline published by this newspaper.

The school, which consists of nursery and primary schools, also hosts Islamiyya students in the evening and at weekends.

Two parents died of shock after hearing of the incident, this newspaper gathered.

One of the teachers, Yakubu Idris, said the bandits demanded N150 million as ransom but nothing is forthcoming from the poor parents.

Earlier in the week, the state governor, Sani Bello, said a combined security force, comprising the military, police, civil defence, and vigilantes would be sent to the forests to rescue the abducted school children.

Governor Bello said that it was time for the government to take decisive action towards ending the bandits’ activities that are forcefully changing the lives of the people especially in the rural areas.

“We have to try our possible best not to make them succeed in forcing us to change our normal lives. They started by displacing farmers from their farmlands, next moved to burning farms, then moved to kidnappings and forcing us to close our schools, now they have started attacking Islamic schools, only God knows what is next,” he said.

He told the special squad that logistic materials had been provided for them, promising that their allowances and other financial benefits will always be provided as at when due.

The headmaster of the school, Abubakar Alhassan, said the action of the government to go into full combat is a welcome development provided that their children will be brought back safely.

Mr Alhassan said 15 of the teachers have escaped from the hands of their abductors in Zamfara State and are in a military facility in Birnin Gwari, Kaduna State, where they will be handed over to the Niger State Government soon.

Less than two weeks after the Tegina kidnap, eight students of the Kaduna State government-owned Nuhu Bamalli Polytechnic in Zaria were abducted.

PREMIUM TIMES reported how bandits attacked the UPE campus of the institution, kidnapping lecturers, with many students missing.

It was also gathered that a Higher National Diploma (HND) student, who earlier sustained injuries from a gunshot, died the following day.

Although the management of the state-owned Polytechnic have reopened the institution for academic activities, the abducted students are yet to be released.

A staffer of the institution, Hadiza Mohammed, told PREMIUM TIMES last Friday that those kidnapped had not been released.

“The students and lecturers kidnapped are still in the captivity of bandits. We do not have any information about their release. Meanwhile, the family of one of the kidnapped students has said the bandits have contacted them,” she said.

Exactly a week after the attack on the Zaria polytechnic, another criminal gang stormed Federal Government College (FGC), Yauri in Kebbi State.

Aside from kidnapping an undisclosed number of students, the bandits killed a security officer during an exchange of gunfire.

A few days after the abduction, the army later announced the rescue of about 10 students and three staff of the learning institution.

The Kebbi State Governor, Abubakar Bagudu, has vowed to lead a search and rescue mission into the forest where over 100 students are believed to be held by their kidnappers.

Falcons maintain top spot in Africa, unchanged in the world