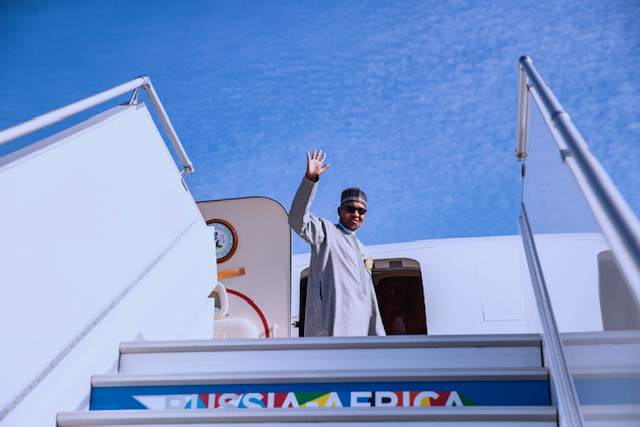 Mr Buhari is due back in Nigeria in the second week of July, his office said.

Nigeria’s President Muhammadu Buhari will proceed to London on Friday for what his office described as a ‘scheduled medical follow-up.’

The Nigerian leader and members of his family routinely travel to the UK for medical treatment amidst the insufficient and poorly equipped hospitals in the oil-rich country.

Despite public criticisms of his previous trips, including one at a period doctors in Nigeria were on strike, the Nigerian leader, who has spent six years in office, appears unperturbed by what critics have described as medical tourism.

Femi Adesina, the president’s spokesman, confirmed the latest trip in a statement in Abuja on Thursday.

“He is due back in the country during the second week of July, 2021,’’ the presidential aide stated; indicating the Nigerian leader will spend about two weeks in London for the medical attention.

The president returned from his last medical trip to London in April.

He had travelled on March 30 and returned to the country two weeks later.

Before the April trip, Mr Buhari had also gone to London for medical checkup in May 2018.

LG Polls: PDP to contest in only 6 of Jigawa’s 27 LGAs – Chairman