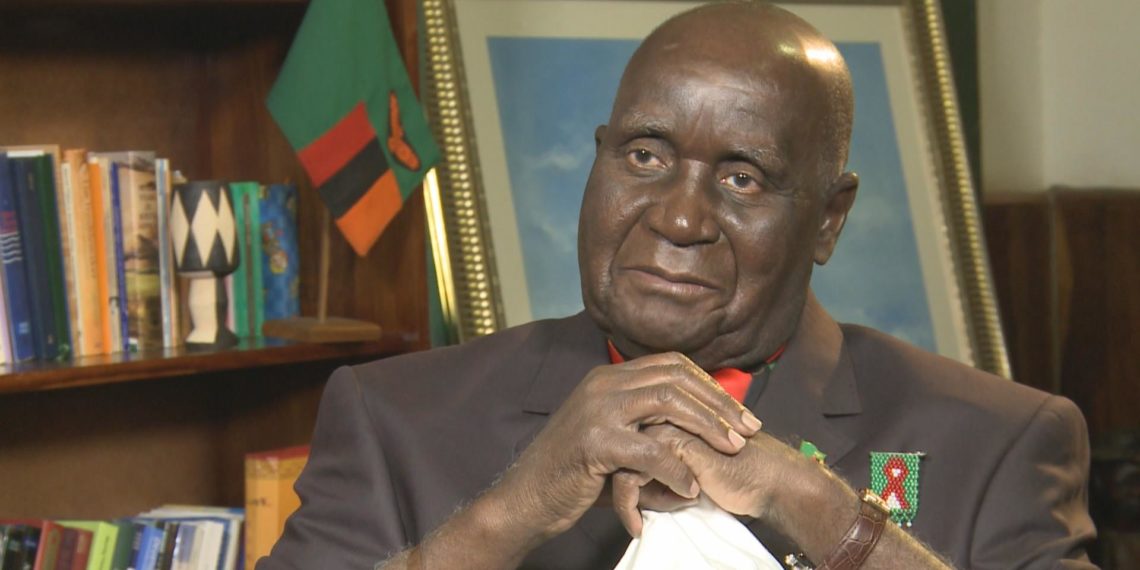 The former leader was treated for pneumonia at a military hospital in Lusaka.

Kenneth Kaunda, Zambia’s founding president who led the Southern African nation for 27 years, has died at the age of 97.

Mr Kaunda’s death was announced Thursday by President Edgar Lungu in a message on his Facebook page.

“On behalf of the entire nation and on my own behalf, I pray that the entire Kaunda family is comforted as we mourn our first president and true African icon,” he wrote.

His son Kamarange Kaunda also gave the news of the statesman’s death on Facebook.

“I am sad to inform we have lost Mzee,” Mr Kaunda’s son wrote. “Let’s pray for him.”

The founding president was admitted to a military hospital on Monday in the capital Lusaka where he was being treated for pneumonia.

He led the country from 1964 until 1991 and is known as one of the giants in the continent’s fight against colonialism.

He was born in April 1924, the youngest of eight children to a missionary church teacher. He followed his father’s footsteps into teaching and in Zambia’s first years of independence.

He rapidly expanded the country’s education system, establishing primary schools in urban and rural areas and providing all students with books and meals.

While in power, he hosted many of the movements fighting for independence or black equality in other countries around the region.

Some nicknamed him “Africa’s Gandhi” for his non-violent, independence-related activism in the 1960s.

But Mr Kaunda’s popularity at home waned, according to reports, as he became increasingly autocratic and banned all opposition parties.

In later life, Mr Kaunda became a statesman dedicating much of his time to the fight against HIV/AIDS. He was among the last living leaders of Africa’s independence struggle.

He also regained stature as one of Africa’s political giants, helping to mediate crises in Zimbabwe and Kenya.