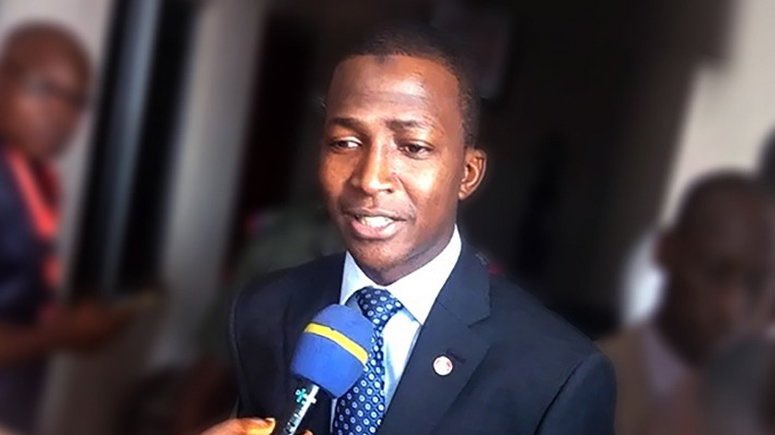 The cases were delayed largely because of the strike by judiciary workers who shut down courts in Nigeria for over two months.

The anti-graft agency, EFCC, has said it is set to file 800 new corruption cases in court.

The chairman of the commission, Abdulrasheed Bawa, said this Thursday as part of the weekly briefing by Heads of MDAs to give an update on their performance in office. He addressed State House reporters in Abuja.

He said the cases to be filed will border on public corruption and cybercrime.

The cases were delayed largely because of the strike by judiciary workers who shut down courts in Nigeria for over two months and only recently suspended the strike.

“We have prosecuted a number of people within this period, secured 185 convictions and you are aware that for two months, the courts have been on strike. We have filed 367 cases and as I said within this week, we are going to file 800 cases in court on public corruption as well as cybercrime,” Mr Bawa said.

At the event, Mr Bawa also vowed that former Abia governor Orji Kalu “will be prosecuted all over again.”

PREMIUM TIMES reported how Mr Kalu was set free by the Supreme Court on technicalities after being convicted of stealing billions of naira when he was Abia State Governor (1999-2007). Without addressing the substance of the case, the Supreme Court ruled that the trial judge that found him guilty had been elevated to the appeal court and should not have ruled on the matter.

On Thursday, Mr Bawa gave an overview of his performance in office since assumption 100 days ago.

He said the commission on Wednesday secured a judgment against a former banker, Francis Atuche, who was sentenced to six years in jail for stealing N27 billion from the former Bank PHB while he was the managing director.

“This case was instituted on October 16, 2009, but judgment was only given yesterday. But we are determined to continue prosecuting no matter how long it takes,” he said.

Mr Bawa also gave himself a pass mark in terms of assets recovery and handling of other corruption-related matters.

Other assets which he said had been recovered under his watch included, 30 real estate assets, 13 pieces of electronics, one farmland, one factory, two motorcycles, one filling station and about 32 automobiles.

Mr Bawa explained on Thursday that some many of the recoveries carried out by the EFCC did not necessarily belong to the federal government.

He said over the years, the EFCC made recoveries for victims of crimes.

He cited an example of how the EFCC some weeks back, assisted in recovering about $100 million for the Nigeria Ports Authority (NPA).

“Am I not going to record that we have recovered such an amount for NPA?” He asked.

Asked if such monies would be reflected in the EFCC recovered account with the CBN? he replied “No. There are recoveries that are made directly into the EFCC account.

He added, “It is through systems and processes, there is Department of asset forfeiture and recovery management department in EFCC responsible for collating all the data regarding recovered assets, assets on interest forfeiture and assets on final forfeiture as well as their location and of course their management.

We have recovered 30 real East’s, one carpet, 13 electronics, one farmland, one factory, two motorcycles, one filling station and about 32 automobiles.

The anti-graft chief also disclosed that between January to June this year, the commission has arrested about 1,502 internet fraudsters across the country.

He frowned at the rising increase of internet fraud by many Nigerian youths who are predominantly at the average age between 25 and 34 years.

Mr Bawa said that the commission will continue to carry out enlightenment against cybercrimes, and take the battle to the enclaves of the perpetrations, while also calling for the assistance of the media.

“The rising increase of internet fraud is a huge problem. From January to the 10th of June 2021, we arrested 1,502 internet fraudsters across the country. On Monday that the court resumed, we attempted to file close to about 800 cases of internet fraud.

“It is a serious problem and we are working tirelessly towards curtailing it. We are working with states government that we have identified to be more vulnerable to this.”

All the known politically-exposed cases that you are aware of that are in court are still in court and we are vigorously and intelligently going to sustain their prosecution, the EFCC boss assured.

He was nominated by President Muhammadu Buhari and confirmed by the senate as the substantive chairman of the EFCC late February.

The appointment was hailed by many as historic, particularly due to his age and being the first chairman not from the Nigeria Police Force.

However, his appointment was also greeted by mixed reactions from different quarters due to the former’s relationship with the Attorney General of the Federation, (AGF) and Minister of Justice Abubakar Malami.