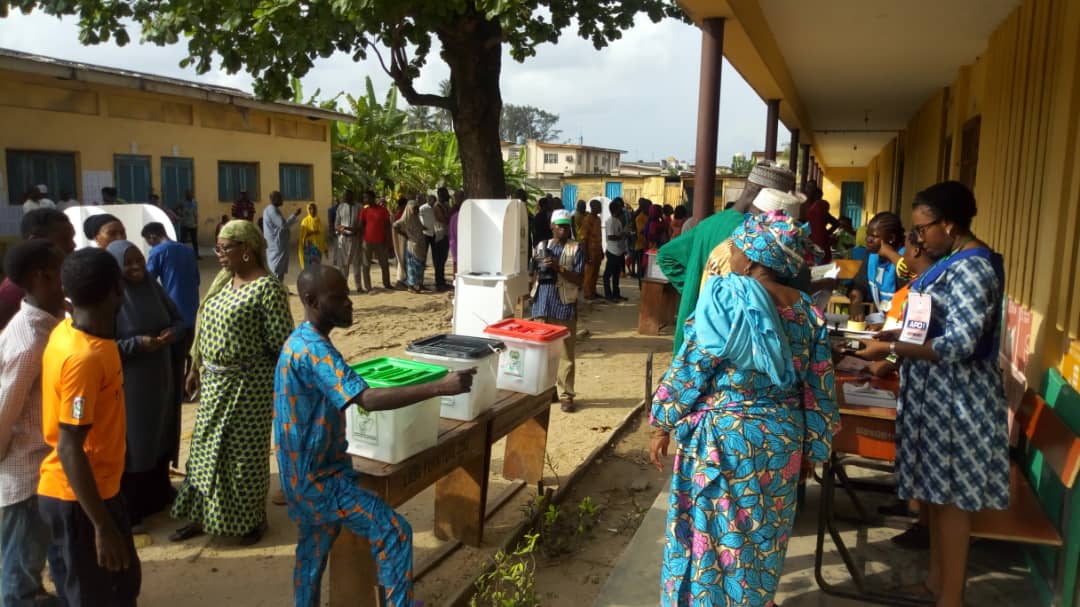 File photo of a Polling Unit in Nigeria

With the creation of the new polling units, Nigeria now has a total of 176,974 Pus.

Nigeria’s electoral body, INEC, on Wednesday, said it has removed polling units from ‘inappropriate’ places and worship centres across the country.

The commission’s chairman, Mahmood Yakubu, disclosed this at a meeting with Resident Electoral Commissioners (RECs) in Abuja.

At the meeting, he unveiled the locations of newly created 56,872 Polling Units (PUs) and also announced other electoral arrangements.

With the creation of the new PUs, Mr Yakubu said, Nigeria now has 176,846 full-fledged polling units against its initial 119,974 PUs in the states and Abuja.

He pegged the total number of polling units removed from ‘inappropriate places’ at 749.

“After wide ranging consultations with stakeholders and fieldwork by our officials, the 56,872 Voting Points and Voting Point Settlements were converted and added to the existing 119,974 Polling Units,” Mr Yakubu said.

“Consequently, the Commission is glad to report that 25 years since the current Polling Units were created in 1996, the hard nut is finally and successfully cracked after several unsuccessful attempts. Nigeria now has 176,846 full-fledged Polling Units.

He said Nigeria would no longer use Voting Points.

While the new development will not be used for the four pending 2021 by-elections in Kaduna, Jigawa and Plateau States, Mr Yakubu said the country will no longer have voting points starting with the November 6, 2021, Anambra governorship election.

“For subsequent elections, beginning from the Anambra State Governorship election holding on 6th November 2021, there will be no Voting Points any more in Nigeria,” the INEC chairman said.