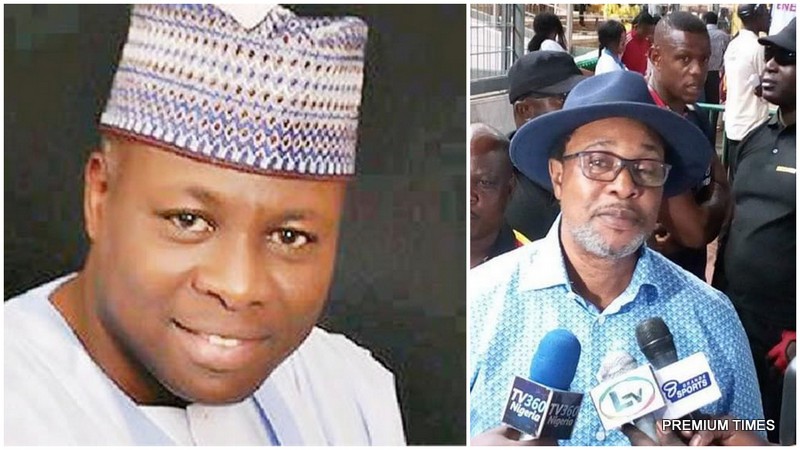 Two parallel elections were held in Kebbi and Abuja on Monday to elect leaders for the Athletics Federation of Nigeria (AFN).

One of the elections produced Ibrahim Gusau as president while the other produced Tonobok Okowa as AFN president.

Mr Gusau was re-elected as AFN President at the 2021 Elective Congress of his faction in Birnin Kebbi, Kebbi State, on Monday, June 14.

According to a statement issued by the Gusau-led AFN, he polled 20 votes while Uche Muoma got just two votes from the 22 delegates present at the venue.

For the position of 1st Vice President, North West Zonal Representative Sunday Adeleye got 15 votes to emerge the winner ahead of Solomon Abari who had four votes and Patrick Estate with three votes.

For the position of 2nd Vice President, Nneka Ikem polled 13 votes ahead of Esther Mallim who scored eight votes while Janet Wilson managed one vote.

Other members of the board include Olu Sule who is a representative of the Technical Officials and Coaches alongside Moses Suleiman as Athletes Representative.

In his acceptance speech, Mr Gusau reportedly thanked the delegates for their support in making his first-term a success while counting on their continued support for the next four years.

In Abuja, Tonobok Okowa Of Delta State also emerged as the AFN President at the Elective Congress of the AFN faction recognised by Nigeria’s sports ministry.

The congress took place at the Moshood Abiola National Stadium Abuja on Monday.

The congress was attended by 35 state chairpersons of the AFN, who had converged in Abuja since Saturday for the congress and elections.

The election was held following the sports ministry’s invocation of section 10.4 of the 2017 AFN Constitution which led to the controversial dissolution of the Gusau-led board citing the expiration of its term.

According to a statement received from the sports minister’s office, the ministry’s representatives, the Nigeria Olympics Committee (NOC) and Nigeria’s Ambassador-designate to South Africa amongst others were observers at Monday’s election in Abuja.

It is expected that the World Athletics (WA) and the Confederation of African Athletics (CAA) will, in the coming days, make categorical statements on which of the rival factions is legitimate.

Though the AFN has had its fair share of crisis in the past, this current crisis began shortly after the Gusau-led board was inaugurated in 2017 by former sports minister, Solomon Dalung.

While Mr Gusau’s emergence as president was in itself widely challenged, the situation got worse with some of his early decisions termed as unpopular by his fellow board members.

Mr Gusau showed he was not comfortable with Olamide George as vice-president, and thus made his ally, Sunday Adeleye, the unofficial vice-president and technical director.

Messrs Gusau and Adeleye were also accused of diverting funds from a sponsorship deal entered into with PUMA. That allegation has not be proven.

In the heat of the crisis, a board meeting of AFN was called and Mr Gusau was removed as president and Mr George named the acting president. Since then, athletics and athletes in Nigeria have not known peace.

Mr Gusau went to court to challenge his removal and he was pronounced as the legal president but the sports ministry is challenging that ruling at the Supreme court.

After a series of interventions by the World and Africa athletics governing bodies (WA and CAA), it was agreed that a fresh election that will unify the warring factions be held on Monday, June 14, in line with the 2017 constitution of the AFN to bring lasting peace.

Rather than bringing peace to the bleeding sports, Monday’s factional elections appear to have opened another round of crisis in the athletics body.

Interestingly, Mr George, who headed the rival faction before now, appears to have been schemed out and is now realigning with the Gusau board.

Mr George complained about the guidelines for the Abuja election; alleging it was doctored to favour the anointed candidate of the sports ministry.

According to the statement issued on Monday, Mr George congratulated Mr Gusau for his ‘re-election’

“I congratulate my brother and friend Engr Ibrahim Shehu Gusau on his re-election as President of the Athletics Federation of Nigeria and also rejoice with the newly elected board.

“I am happy that illegitimacy was not allowed to marr the Kebbi Elections. I promise to join hands with the Gusau led Board to continue the development of Athletics in Nigeria. I am with you all the way,” Mr George was quoted as saying in the statement by the Gusau-led AFN.

Why the two rival factions are laying claims to their legitimacy, the WA and the CAA would have to make their stance known in the days ahead.

Only the Court of Arbitration for Sports, CAS, can take a legally binding stance different to those taken by the two bodies.