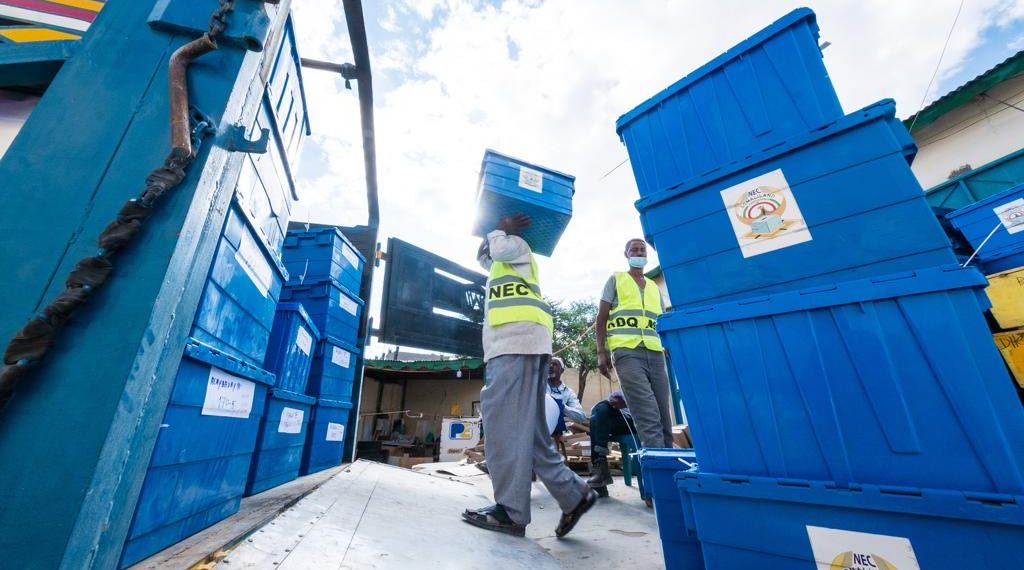 FILE: Officials of the electoral commission readying ballot boxes for distribution ahead of the election day. Photo credit: Richard Harper

The country of about four million people has struggled - more from the sweat of her citizens than international assistance - to rebuild from the ruins of the civil war.

Just over one million Somaliland citizens are expected to file out on May 31 to cast their ballots in the country’s first parliamentary election since 2005, with 246 candidates gunning for 82 seats.

The voters are also expected to elect 249 local council representatives across the six regions from the 747 candidates on the ballot.

Somalilanders say the election would offer an opportunity for the self-declared sovereign state to show the world how much progress it had made over the past three decades since Hargeisa, its capital city, was totally levelled in a brutal civil war with northern neighbours Somalia.

“It is an opportunity to show that a country that is not on anybody’s map, that is not recognized, is doing things by the book,” Edna Ismail, the country’s first female foreign minister, told a group of international election monitors on Friday night.

Indeed, Somaliland has a point to prove. The country of about four million people has struggled – more from the sweat of her citizens than international assistance – to rebuild from the ruins of the civil war.

After gaining independence from Britain in 1960, the Republic of Somaliland joined the former Italian-colonised Somalia to form the Somalia Republic. But the union failed to live up to the people’s aspiration. In 1991, after years of violent conflicts, the people of Somaliland withdrew from the republic and reinstated its sovereignty. The country’s application to join the Commonwealth and the African Union, however, remains pending.

The election on May 31 is symbolic: it is not just the first time parliamentary and local elections are held on the same day; it would also mark 30 years since the country’s independence from Somalia Republic and 20 years since its first election.

“Somaliland represents an example of an African country which is committed to democracy and development and deserves the support of every African who wants to see progress on this continent,” said Greg Mills, Director, The Brenthurst Foundation, the leader of the Somaliland Election Monitoring Mission (SEMM).

“Democracy and peaceful progress are essential to growing economies so that they can provide employment and opportunities for their people.”

The SEMM, which also has as a member the former Sierra Leonean president, Ernest Koroma, arrived in Hargeisa on May 27, to a solitary flag on the tarmac waving furiously in the morning breeze. As the convoy of nearly a dozen vehicles pulled out of the airport and snaked into the city, women in hijabs stood beside piles of rubbles – a reminder of the destruction that was visited on the city – and stared.

Inside the city, Hargeisa was in an election mood. Candidates smiled down from giant billboards and buildings and vehicles were clothed with campaign posters. Party flags were stuck on cars and young men stuck out their heads to chant campaign slogans.

“Is this a house?” a member of the monitoring team asked his driver, pointing to a cluster of shanties near the city centre, as the vehicle bounced through the cratered roads in the capital.

“Africa is big and small house,” he added, giving himself a thumbs up.

Such enthusiasm was apparent across the city as election day drew closer. The current parliamentarians had been elected 16 years ago and had exceeded their statutory term limit by 10 years. With 1.065 million citizens expected to cast their votes in the fourth election since 2005, the electoral commission will be on its toes to deliver an improved performance from the previous polls.

The 2017 presidential election, for instance, was nearly marred by what the opposition parties described as mishandling of electoral results and lack of transparency. Muse Abdi, the current president and candidate of the Kulmiye Party, defeated Wadani Party’s Abdirahman Cirro in a closely-fought contest.

UCID, the oldest party in Somaliland, makes up the trinity of political parties contesting in the 2021 elections.

“We have had several presidential elections and each time the losing candidate had accepted the results, so there could be a peaceful transfer of power,” Mr Abdi said during a meeting with the SEMM delegation on Saturday.

To curtail multiple voting and improve the transparency of the polls, the National Electoral Commission plan to – again – deploy the Iris Identification Cameras at polling stations across the six regions; a technology that even the opposition embraced with both hands.

“Our country is so peaceful, wherever you go you feel peace. You are gonna see it, you are gonna hear it,” Saeed Umar, UCID’s vice chairman, said during a meeting that was held on the last day of campaigning.

Somaliland and Taiwan are two allies that share a common fate: self-declared sovereignties that are unrecognised internationally. Like China over Taiwan, the shadow of Somalia continues to loom large over Somaliland – although it gained independence before the former, the latter does not appear on the map of Africa.

Although it has one of the lowest GDP per capita in the world at $475 and a capital city that is begging for infrastructure, it is not uncommon for Somalilanders to vehemently clarify the distinction between their country and their bigger neighbour.

On Friday, a social media user who tweeted about the elections with the hashtag #SomaliaElections2021 received an angry backlash.

Make no mistake, this high powered #SomaliaElections2021 observers aren't here on behalf of @_AfricanUnion. NO, it is an entity of its own.

Our trust in @SLNECHQ to deliver a FREE, FAIR and CREDIBLE elections is unwavering.

DEMOCRACY made in the horn of Africa pic.twitter.com/SvtWW0ItVK

TIMELINE: 26 men who served as Nigeria’s Chief of Army Staff since 1966

Article of Faith: By His stripes we are healed (1), By Femi Aribisala