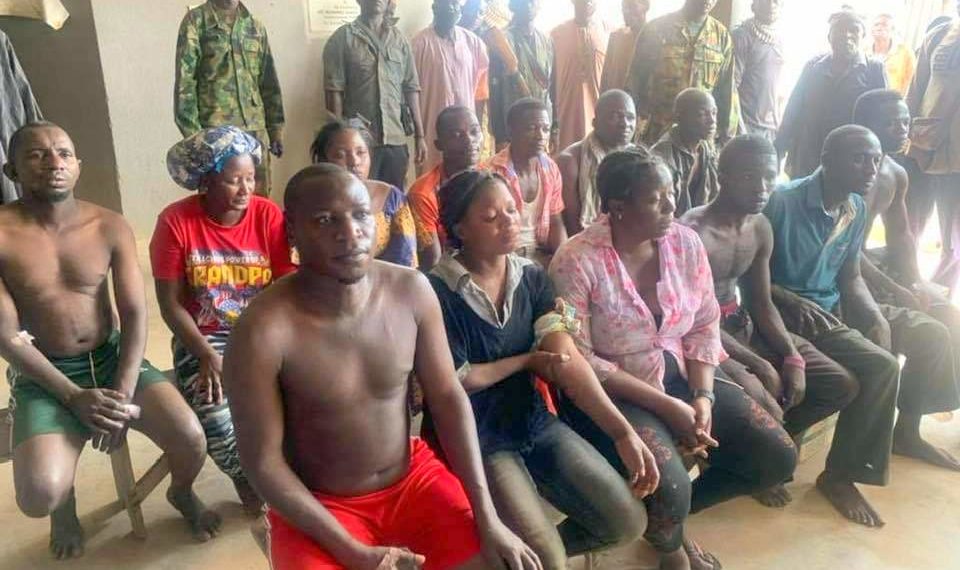 Hours after the release of the 27 forestry school students abducted by bandits in Kaduna, security operatives have rescued another 13 abductees from bandits in Gwagwada, Chikun local government area of Kaduna, an official has said.

PREMIUM TIMES reported the release of the forestry college students on Wednesday after they spent 55 days in captivity.

A senior government official confirmed that 13 other abductees have been rescued.

According to a statement by Kaduna commissioner for Internal Security and Homeland Affairs, Samuel Aruwan, on Wednesday, “the 13 citizens, originally from Dutse, went to work at a farm called Tanadi Farm, which is located around Bakin Kasuwa in Gwagwada general area of Chikun LGA, when they were attacked by the armed bandits in the process”.

“Troops on receiving credible intelligence of the abduction trailed the bandits to a forest near Bana village and there engaged them in a gun duel. The 13 citizens were thus rescued. They are listed as follows:

“After the operation, the troops discovered that the bandits had shot two volunteers before their arrival. The two deceased were identified as:

“The bandits also burnt a church and looted some houses in the area.

“Receiving the report, Governor Nasir El-Rufai thanked the troops and commended them warmly for the successful rescue operation. He also commiserated with the families of the deceased volunteers, and prayed for the repose of their souls.

“The Governor also extended his sympathy to the leadership and members of the razed church over the unfortunate attack, and directed the State Emergency Management Agency to conduct an immediate assessment of the damage.”

Kaduna, like many other states across the country has been wracked by the activities of bandits, who kidnap for ransom.